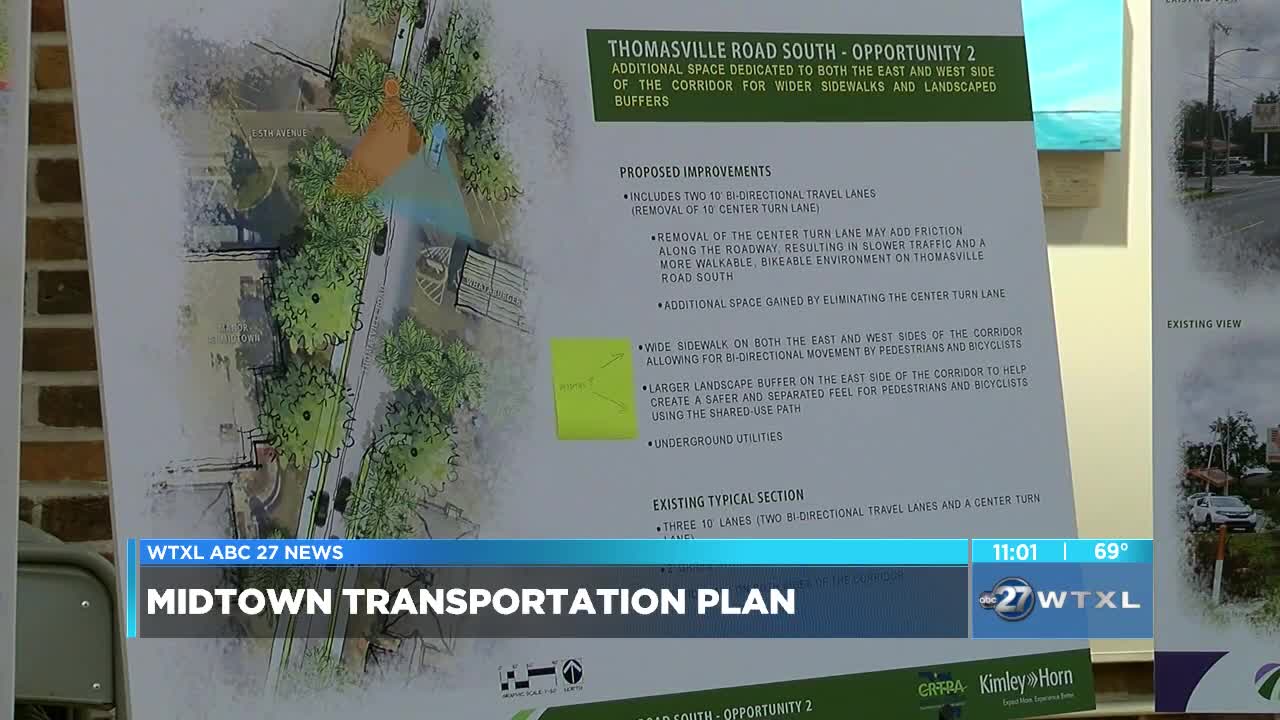 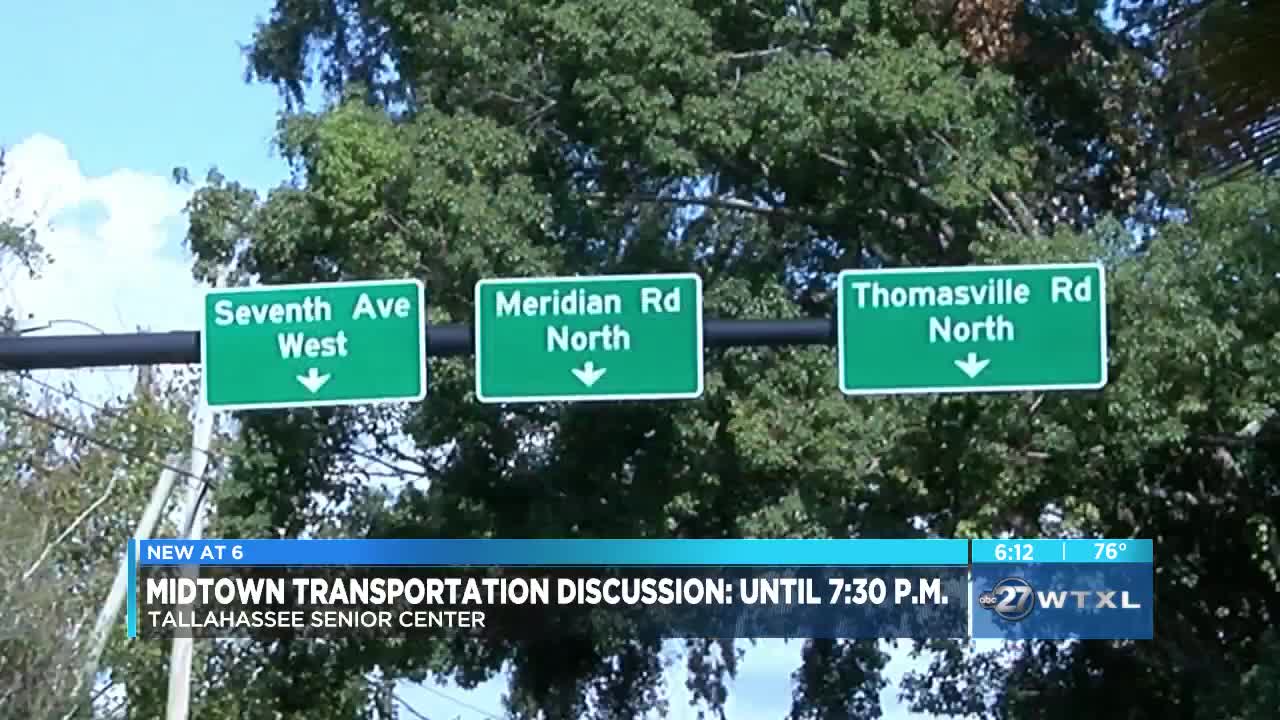 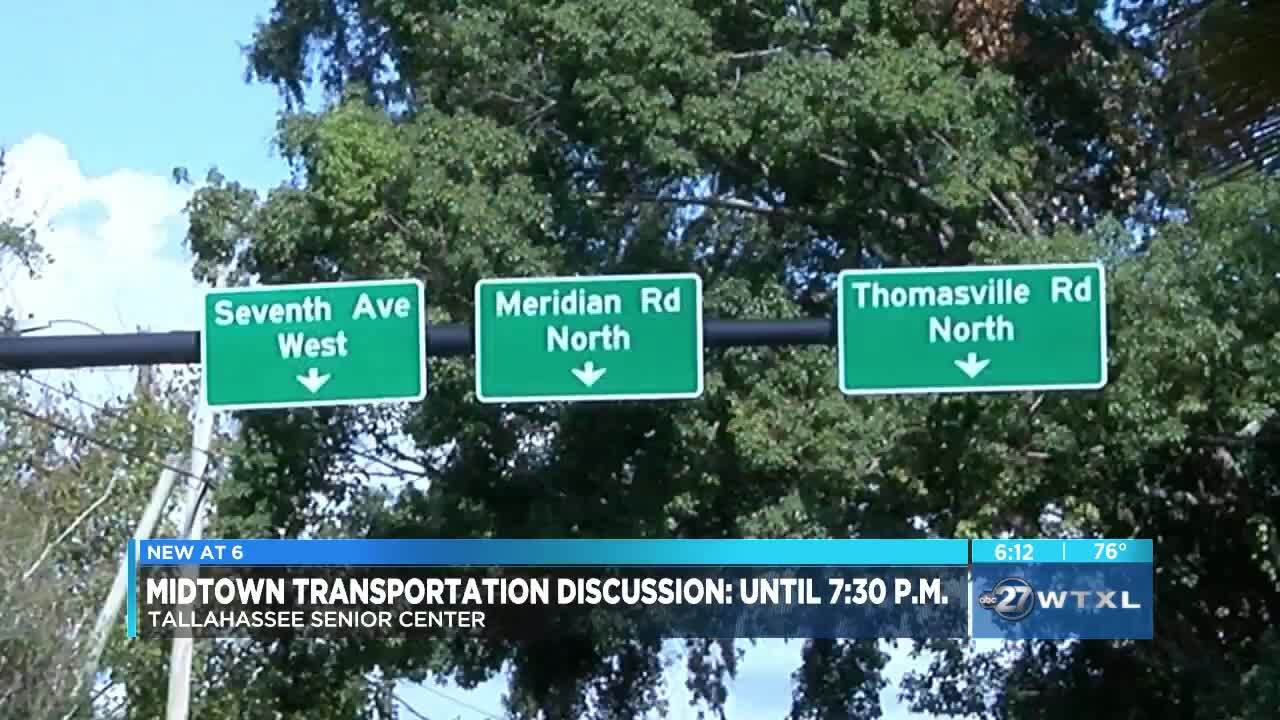 TALLAHASSEE, Fla. — Change is coming in the Midtown area.

Wednesday night, the community had a chance to tell project managers, what they'd like to see.

A Pedestrian friendly neighborhood is Marsha Orr's hope for Midtown.

"Walkabiity of Midtown is absolutely key. It's key to the business being successful...it's key to keeping the neighborhoods vital," said Marsha Orr a Midtown resident.

Wednesday night the community cast their votes for the options they felt would best benefit the area.

The CRTPA presented options for major roads in Midtown such as Thomasville Rd and Monroe Street.

These roads are a main focus of the Midtown Area Transportation plan.

"I'm mainly interested more in pedestrian and multiuse paths because I do like to walk to Whole Foods and to restaurants. That why we moved to the Midtown area," said Vanessa Crisler.

Some people suggested no change at all.

Commissioner Rick Minor, who is on the CRTPA board says now they have to find a balance between the two.

"We see a lot of input about making things more pedestrian friendly or aesthetically pleasing but then we've got other folks that say don't change anything," said Commissioner Minor.

Next the CRTPA will present feedback to their board and it will then go before the City and County commissions.

Orr is hopeful that the change coming will be in her favor.

"People should be able to cross the street safely and walk on the sidewalks safely and this can be done," said Orr.

Project coordinators say they want this Transportation plan to ultimately be the peoples choice.

Changes are coming to the Midtown area and Capital Regional Transportation is asking people in the area what they would like to see.

On Wednesday, the community will be able to see options the CRTPA has drafted for the future of the Midtown Area Transportation Plan.

The plan started a little over a year ago and is now in its second phase. This phase is focused on community engagement which is what makes Wednesday's meeting so pivotal.

Some of the things leaders have heard in the past: people want to know the plans for upkeep and how leaders plan to keep pedestrians safe.

Those who show up will get the chance to vote on which option they like best for the future of the area.

Planner Greg Burke says this whole project is all about what the people want.

“The purpose of this project is to kind of start from the bottom and start from the ground up and really get a strong sense of what the public wants to see for the midtown area," said Burke.

After community input, the CRTPA will have to coordinate with the city and county as well as the Florida DOT on next steps.

It will be an open house format so you will be able to ask questions and give your opinions.