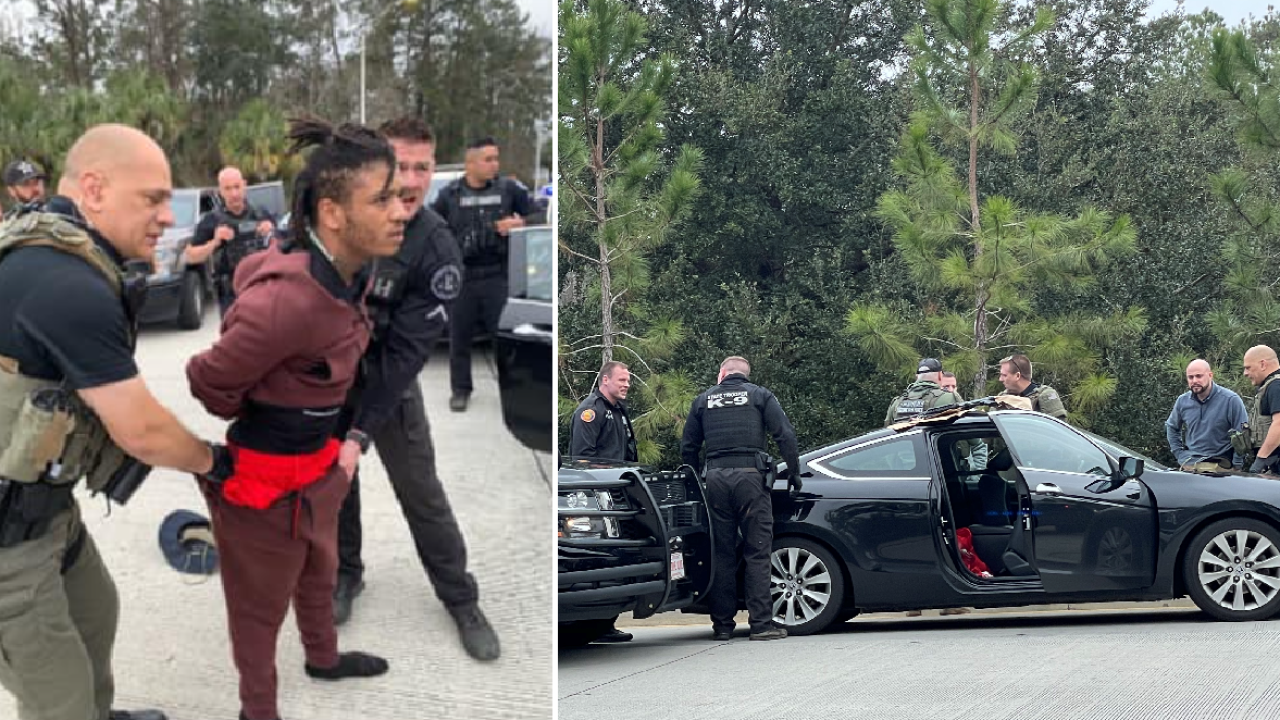 TALLAHASSEE, Fla. (WTXL) — An Albany man wanted for the murder of a 17-year-old girl has been arrested in Tallahassee.

The US Marshals Florida Caribbean Regional Fugitive Task Force (FCRFTF) said they received information on Wednesday that Jaylan Jashad Ray, a 22-year-old man, was possibly in the Tallahassee area.

Ray was wanted by the Lamar County Sheriff’s Office as the suspect in the murder of 17-year-old D’Shauntie Kyanni Hunter on Jan. 9, whose body was found in a cemetery in Barnesville, GA last Sunday.

Around 11 a.m., members of the FCRFTF, along with Leon County Sheriff’s deputies and Florida Highway Patrol officers, found Ray driving a 2010 black Honda Accord on Hwy 20 and Getty Road.

Eventually, they stopped Ray at the eastbound rest stop on I-10 between Tallahassee and Midway.

Ray was arrested and transported to the Leon County Jail where he's being held pending extradition proceedings. He is expected to soon be back in Georgia to face felony charges for murder and aggravated assault.