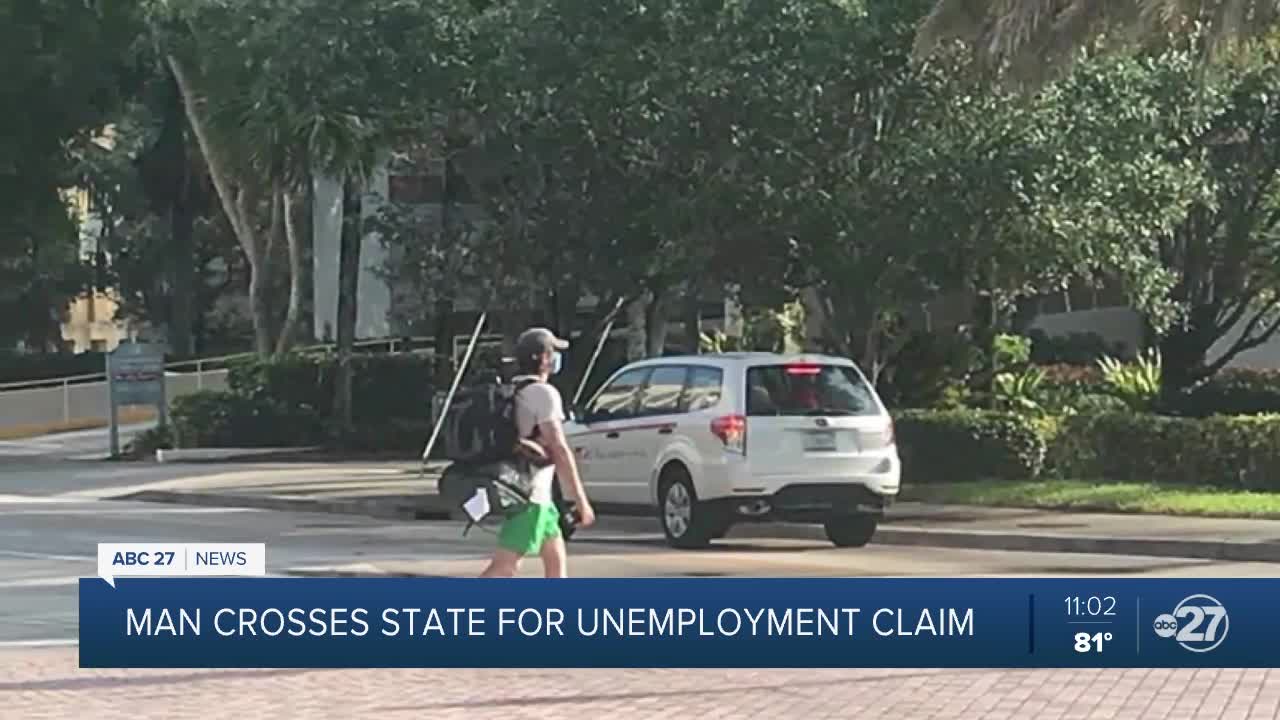 TALLAHASSEE, Fla. (WTXL) — The DEO says more than two million people in the state are out a job due to the pandemic.

A little less than half of them are still waiting for their unemployment check.

ABC 27 talked to a West Palm Beach man who's made it his mission to help people like him get help.

Beau Guyott has been through three pairs of shoes and walked more than 400 miles, all to get state leaders to bring attention to issues with the state's unemployment claims system.

Between March 15 and May 15, DEO received more than 2 million claims.

So far, only about 1 point 2 of this have been processed, making Guyott one of more than 800 thousand Floridians who've been waiting weeks to see the first dime of funds they're eligible for after Coronavirus layoffs.

Now Guyott is looking for answers.

"I read the audits. In 2000 1516 and also in 19 the audits of the TOs website and just the benefit system in general and I personally found such an unbelievable amount of errors," said Guyott.

Guyott left West Palm Beach's City Hall at 8am on April 18th. What he originally planned to do in two weeks took more than 27 days as he stopped along the way to hear from struggling business owners and employees.

"The stories on my routes were completely inspirational. People are not sitting down and taking this lightly. They're doing what they can to provide for their families, " said Guyott.

Now that he's in Tallahassee he plans to do what he can. He says he wants to volunteer with DEO to help people understand the application process and work with leaders to make sure those who are eligible receive their checks.

"I will not let up on this until everybody is either back at work or everybody receives the assistance that they are due," said said Guyott.

Guyott had plans to speak with state leaders on Monday but called back to work. However, he says he'll follow up with lawmakers all the way through the next election.