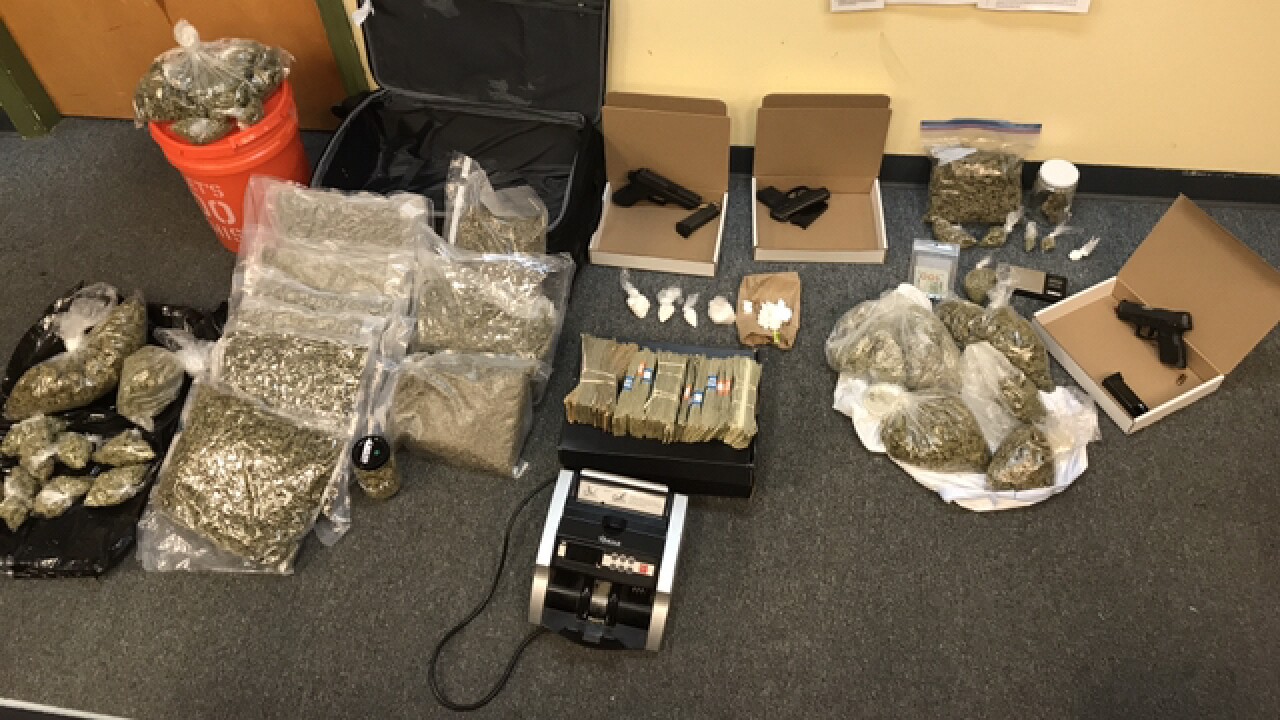 The investigation into the two dealers originated with another recent search warrant in north Lowndes County, in which they were found to be the suppliers.

Deputies served search warrants at two Valdosta homes in the 1900 block of Gornto Road and in the 1500 block of East Park Avenue.

During the search, deputies seized approximately 15 pounds of marijuana, cocaine cutting agents, MDMA and prescription medication, as well as three firearms, with one of them found to be reported as stolen in Lanier County.

A third search was conducted at a home in the 400 block of Connell Road. After all three searches, LCSO said approximately $18,000 in cash.

Hill and Sims were charged for trafficking in marijuana, possession of marijuana with the intent to distribute, as well as possession of firearms by convicted felons.

"Numerous local citizen were cooperative in the investigation of the case and the Lowndes County Sheriff’s Office would like to thank all those involved," LCSO wrote in a press release.

The case will be presented to the United States Attorney’s Office in Macon, Georgia for federal prosecution through the local FBI Gang Task Force in the U. S. Attorney’s Office Project Safe Neighborhood initiative.