Leon County Schools to do 'drive-in' graduation ceremony for seniors

School board to vote on plan tonight 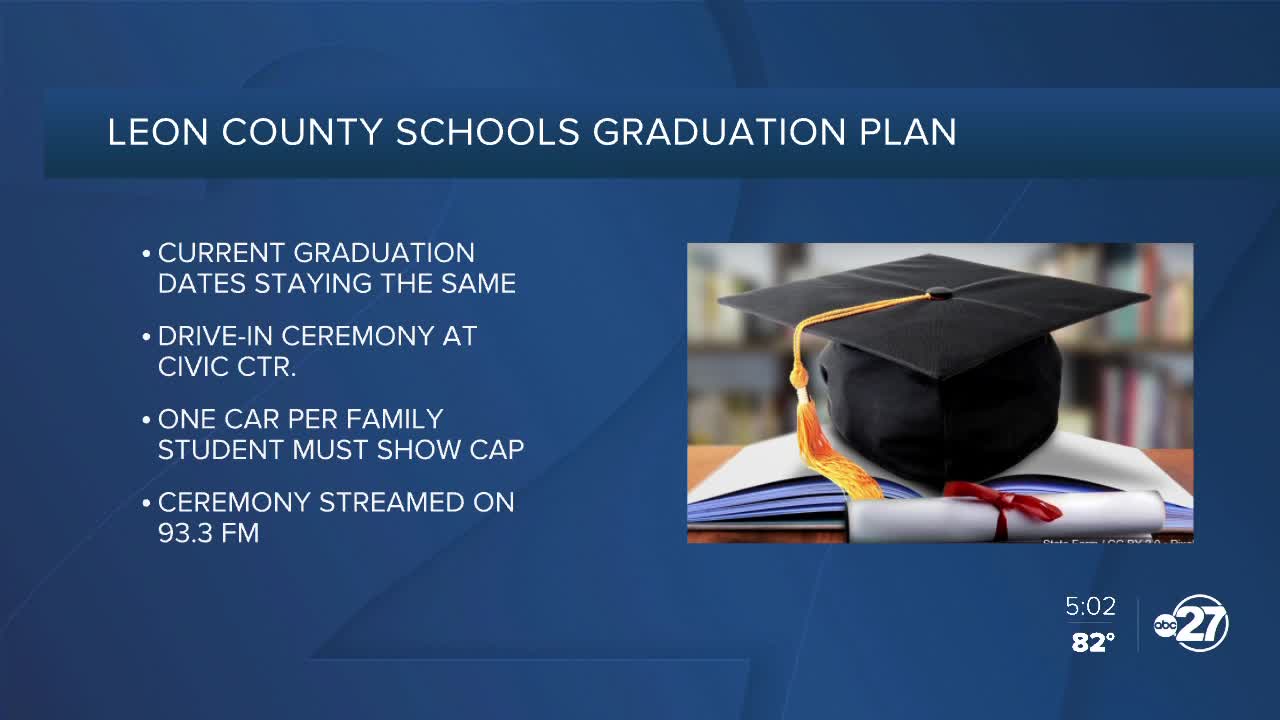 Leon County Schools will do a 'drive-thru' graduation ceremony for their graduating seniors.

Leon County Schools Superintendent Rocky Hanna made the announcement during a Facebook live on Tuesday.

According to Hanna, students and their families will stay inside their cars for the ceremony and windows must remain up, per recommendation from the Florida Department of Health.

To get into the Civic Center's parking lot, the senior's cap and gown will act as their ticket to get in.

Only one car is allowed per graduating student. The number of people allowed in each car is determined by how many seat belts in the car.

Students are encouraged to decorate their cars "to the max." No limos, party buses or big vans are allowed.

Hanna said that two Jumbotrons have been ordered for people to see pictures of students as names are called. The graduations will be simulcast on radio station 93.3 during the ceremony.

The ceremony will also be live streamed on Youtube and Facebook for any family members who are unable to attend.

If parents don't have a vehicle, they are directed to contact their respective schools for other arrangements.

The schedule for the district's 'drive-in' graduations is below:

Hanna said they were also working with high schools to do something additional if FDOH permits. The school board will official vote to approve Hanna's plan during Tuesday night's meeting.

Last week, Hanna held conference calls with seniors from each high school in the district to speak with them about ideas for a graduation ceremony with the intention of working together to come up with a graduation plan.

Three seniors, Godby senior Joshua Yarbough, Leon Senior Madeline Feiock, Lincoln senior Carter Nelson and Rickards senior Kinnedi Bonner, all expressed their gratitude toward the district for having a ceremony, even if it wasn't the tradition way.

“Even if we’re in cars, we're still united as a class,” said Feiock.

You can watch Hanna's full announcement below: