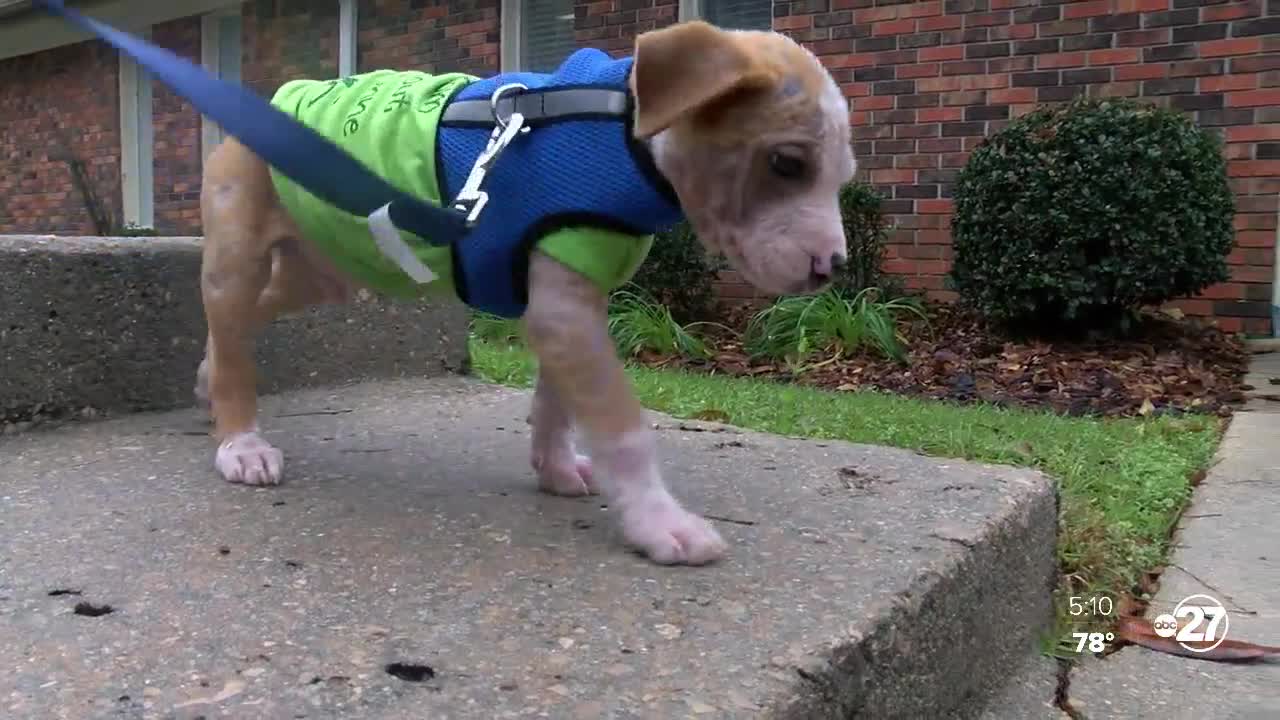 It has been about 16 days since Jiminy Cricket was dropped off at Bainbridge Human Society.

TALLAHASSEE, Fla. (WTXL) — It has been about 16 days since Jiminy Cricket was dropped off at Bainbridge Human Society.

When he was abandoned, he weighed less than four pounds.

Jiminy Cricket now weighs eight pounds and is acting like a normal puppy.

His mange is also clearing up.

Although it has caused him to lose his fur, we're told it will grow back.

His foster mom says he is a completely different dog compared to two weeks ago.

"He's eating great, potty training, and finally starting to act like a puppy," said Shannon Colavecchio, who is fostering Jiminy. "He's playing with my other dogs, running in the yard and always wagging his tail, which he kept between his legs the first couple days we had him because he was so scared."

He is not available for adoption yet, but you can apply now. The Leon County Humane Society will have an adoption day coming up where you can meet him.