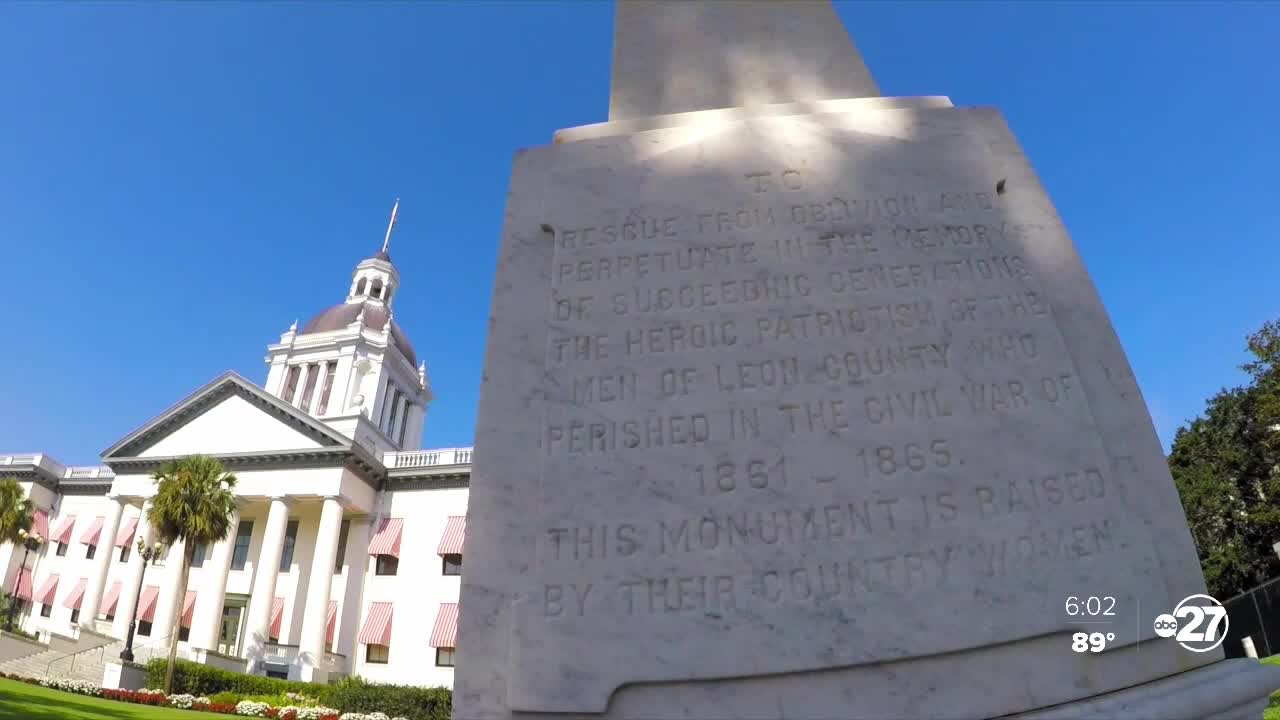 Leon County commissioners are looking to decide on the future of the monument dedicated to local Confederate soldiers.

TALLAHASSEE, Fla. (WTXL) — Leon County commissioners are looking to decide on the future of the monument dedicated to local Confederate soldiers.

First, the board must decide who is responsible for the statue.

In 2017, Governor Rick Scott said that the statue was under the Florida Historic Capitol Museum's control as an exhibit.

The statue, located in front of the old Florida Capitol building, was dedicated by "local women" to honor those who died during the civil war.

While there is no exact language that dedicates the statue to the confederacy, for now, this confederate monument stays where it is while commissioners wait to hear from the state.

County commissioners have reached out to the governor and other state leaders in the past to get guidance over the memorial. Still, commissioner Kristin Dozier says they never got a response.

"If they never let us remove this, if they never respond or let's just say in the next couple of years, let's pursue both paths at the same time," said Dozier. "We need to do everything because I don't just want it to sit there without any comment or action."

Commissioners plan to revisit the topic before the end of the year, hoping this time they can make a final decision about whether it stays or goes.

"I think that we should contextualize a letter with a request that Leon County Commission desires to remove a statue which captures our county name," said Bill Proctor. i "I think it's worthwhile to say in that letter that this is one of the most immoral and illegal moments of Florida's past."

City and county leaders are also asking for more citizen input before making changes to 28-hundred acres in our community.

Tonight marks the eighth time that people have been able to weigh in the project.

What's up for debate is expanding the 2,800-acre property where the Welaunee Plantation is located, to Roberts Avenue, north of the Canopy development.

The move would push future development, for the next couple of decades into the northeast corridor.

While plans for the development have changed along with what people want many living on Tallahassee’s northeast side want to keep the area rural.

On the other side, commissioners believe money for large development projects should bring business central to Tallahassee not on the outskirts.