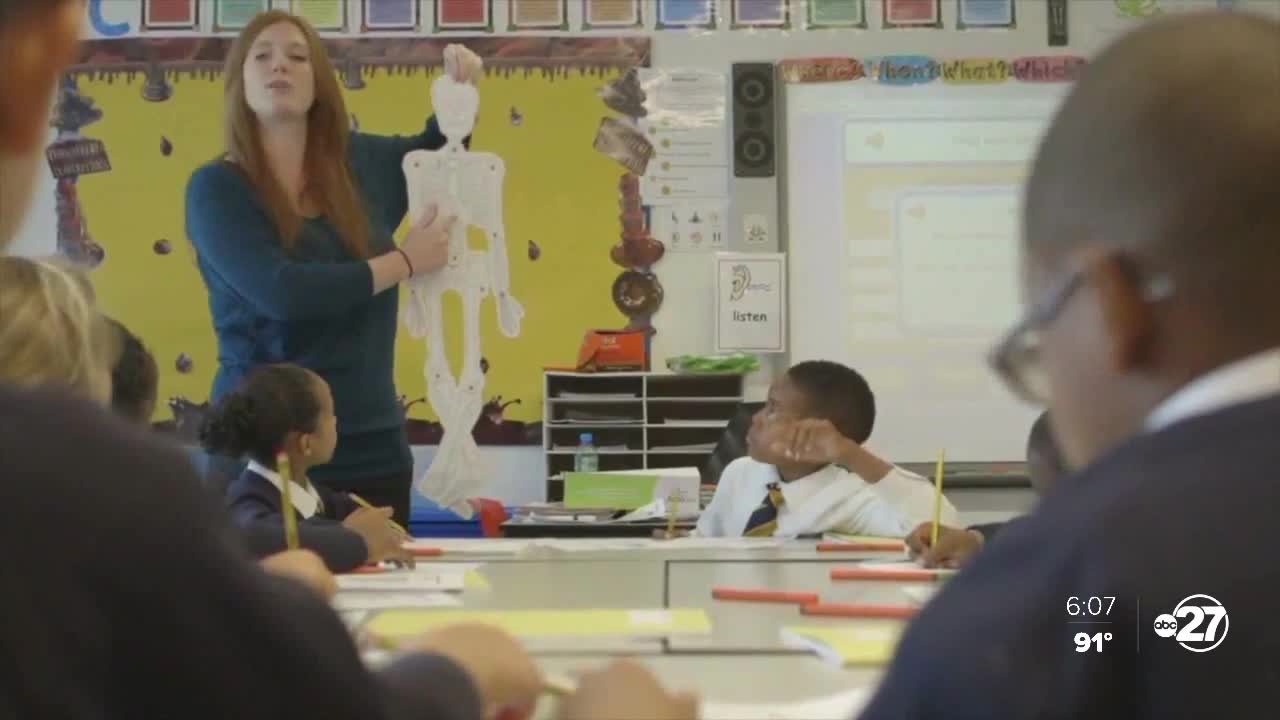 The Leon County School district confirmed that teachers will see a pay increase as they head back to class, but questions if it will it measure up to expectations set by the governor.

The Leon County School District confirmed that teachers will see a pay increase as they head back to class, but officials question if it will it measure up to expectations set by the governor.

"We were able to sign the bill to increase Florida's minimum average average minimum teachers salary in the state of Florida to take us from the bottom 25 states into the top five," Gov. DeSantis said Thursday. "That was a really important thing, one of the biggest initiatives that's ever been able to be accomplished in a generation here in the state of Florida."

The new bill sets aside $400 million to raise full-time teacher's minimum salaries to $47,500, or the maximum amount possible based on the district.

Leon County Schools superintendent Rocky Hanna says, although he would like to see that happen, it's likely not going to be the case.

The bill also calls for another $100 million to keep tenured teacher raises on par with others.

"Several things are going to happen when you raise the beginning teacher pay to [$47,500]," Hanna said. "It causes a lot of compression. So many of our veteran teachers will be making just a few dollars more than new teachers, which causes a lot of animosity. When you start giving raises, you want to make them fair and equitable for everyone, not just single out anyone group."

Hanna says he and superintendents across the state are waiting on the legislature to release the final budget plan later this year.