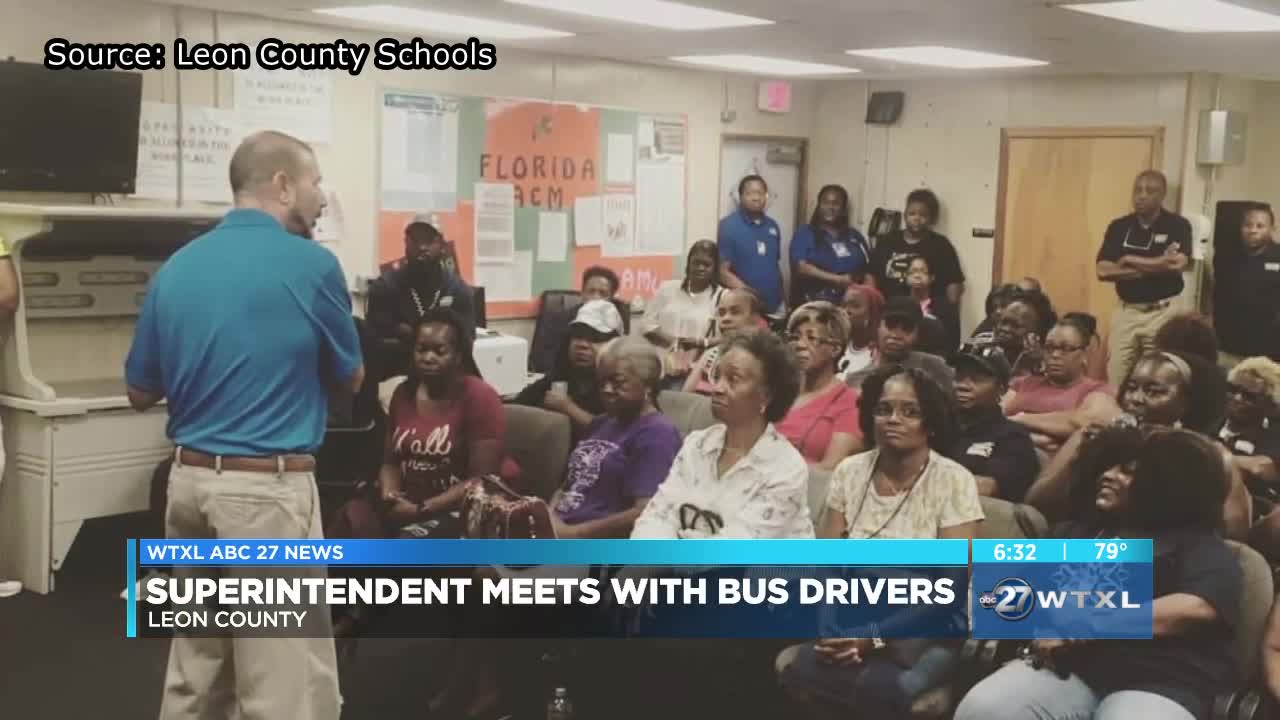 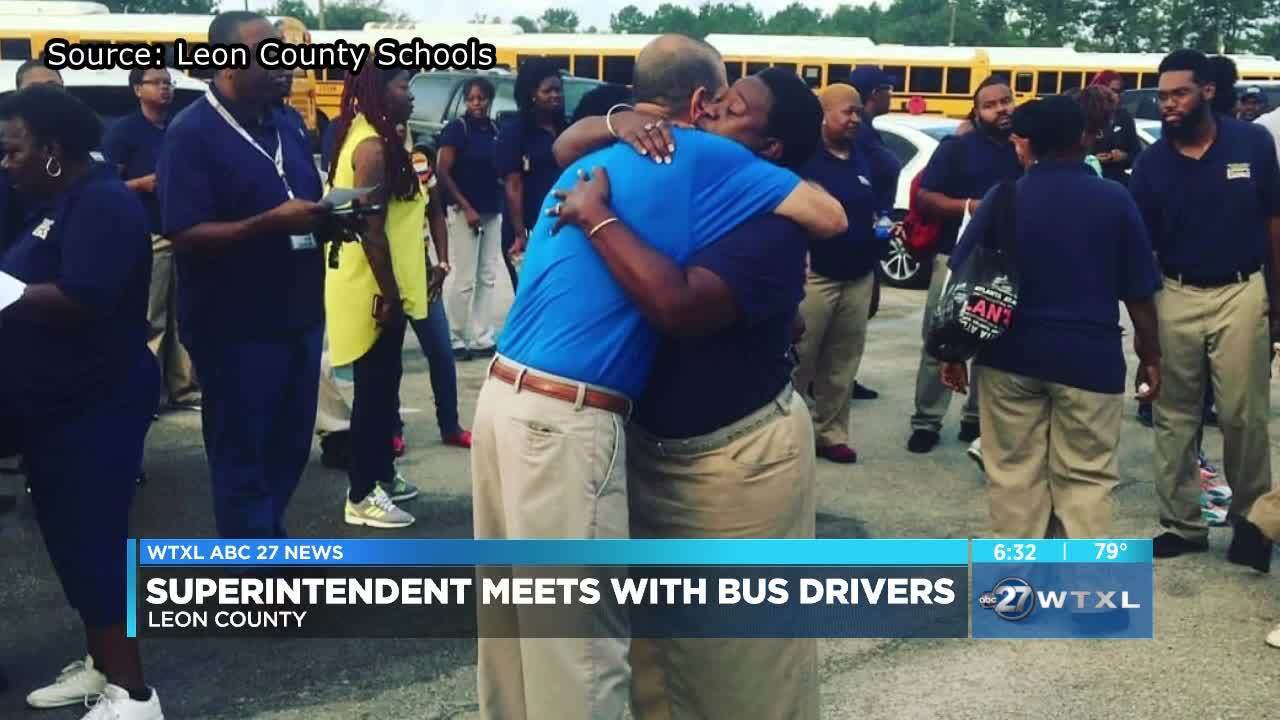 TALLAHASSEE, Fla. (WTXL) — A rocky start to the school year is finally winding down.

In Wakulla, complaints of bus overcrowding.

In Jefferson, parents were concerned about kids crossing busy roads to get to their stops.

And in Leon County, the district says they're going back to their former bus routes after kids were impacted by a failed bus route change.

In some cases, students were picked up late or not at all.

And now, Leon County Schools Superintendent Rocky Hanna is apologizing to bus drivers for everything that happened this week.

About 160 people showed up on their day off.

Most of them were receptive to Hanna's message, saying they felt appreciated that he would set up the meeting in the first place.

Now, they're feeling motivated for Monday.

Hanna told WTXL, he's ready to leave what happened this week in the past and work together to ensure students make it to and from school safely.

" I think it was important that I personally showed up myself at each of the compounds to thank them and tell them how much I appreciate them and I love them. We are going to get this right," said Superintendent Rocky Hanna.

And, points out that the routes themselves still aren't completely set in stone just yet.

Even more stops could come in the next few days, too.

Drivers say they want to be sure they're prepared for these changes come Monday.

That's why they spent Saturday driving through the routes to make sure they're familiar with every stop.