Florida is a top state for vaping injuries 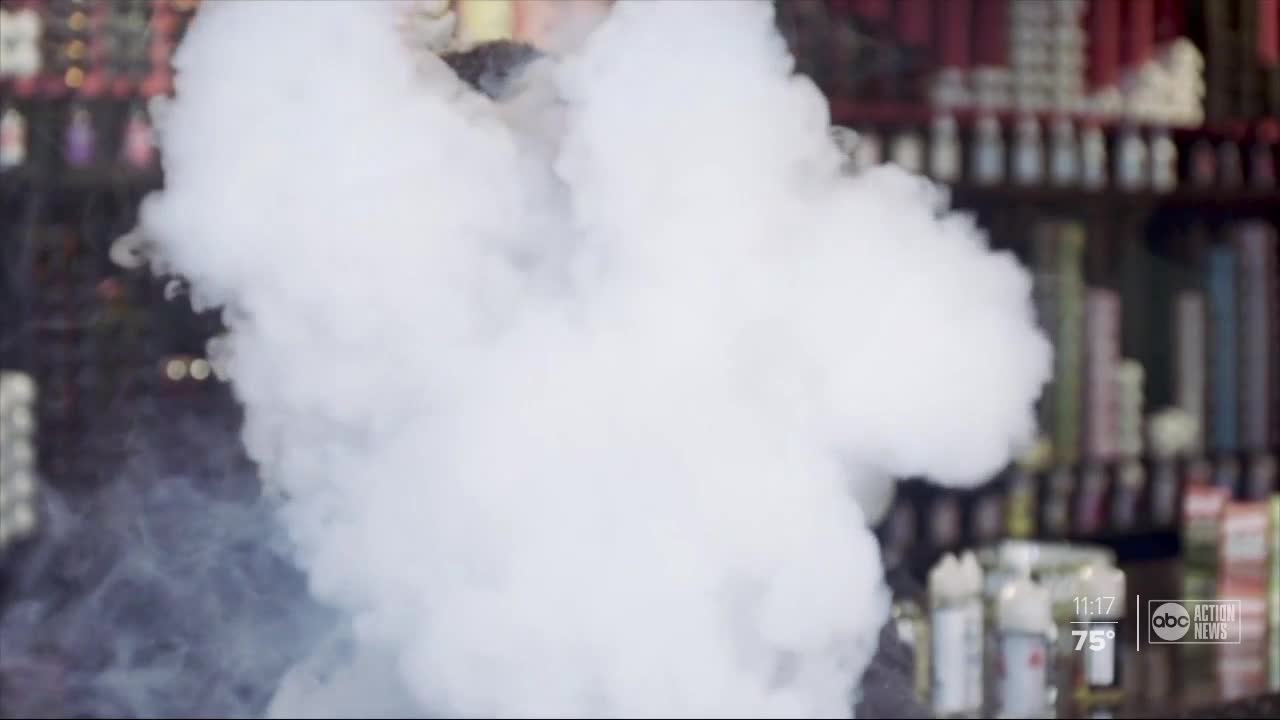 As the coronavirus pandemic grows, thousands of Americans have been hospitalized or died from breathing problems. 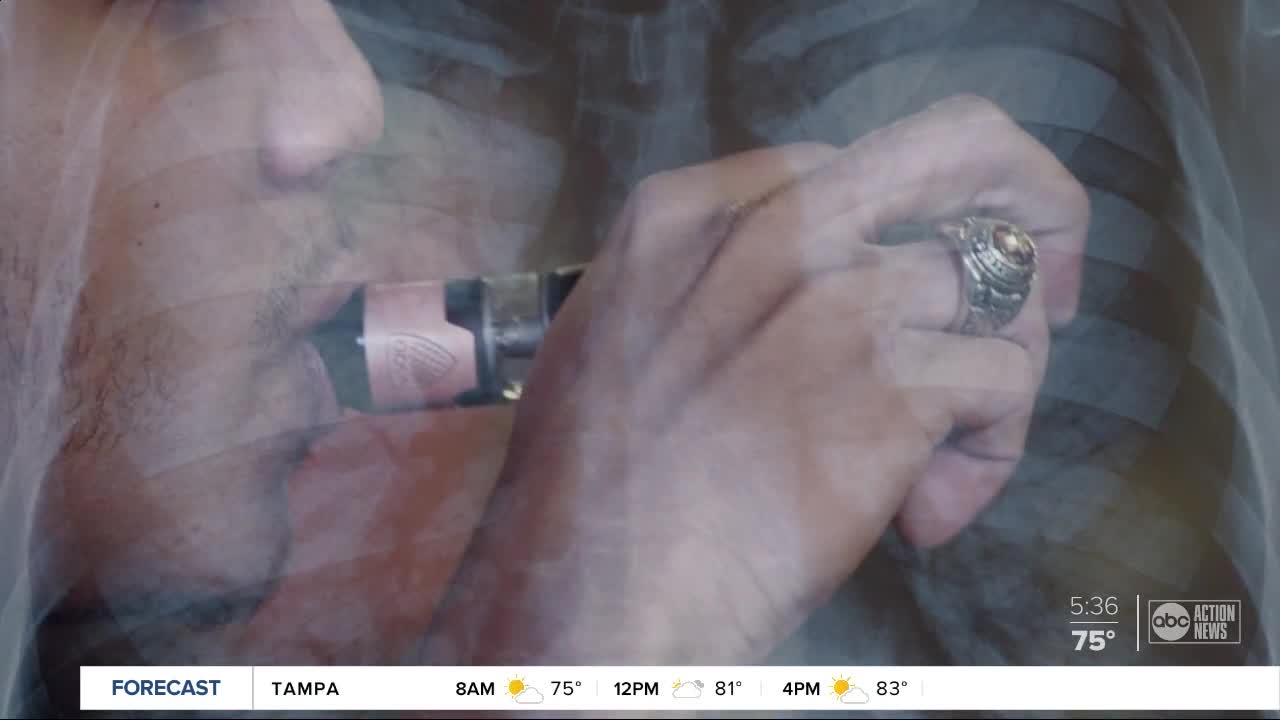 TAMPA, Fla. -- As the coronavirus pandemic grows, thousands of Americans have been hospitalized or died from breathing problems.

Now, I-Team investigator Adam Walser has uncovered that Florida could face even more significant challenges because the state already has one of the highest rates in the nation of hospitalizations for vaping-related lung injuries.

The Centers for Disease Control considered vaping injuries to be such a high concern that it opened an emergency response center last September to address deaths and injuries caused by e-cigarette use.

While research directly linking vaping to coronavirus is not yet available, Dr. Lisa Koche, an internal medicine physician in Tampa, said that from what she knows about lung issues in COVID-19, she believes people who vape may face a higher risk.

"Clearly, a smoker or a vaper is going to have a higher incidence – as are my asthmatics that are poorly controlled or other patients with primary lung issues," said Koche. "It is causing things like scarring and inflammation in the lungs, which is the exact same setup of a patient who potentially would have a much worse outcome if they are exposed, and they develop COVID-19."

"Government must act quickly and with purpose and with urgency any time we see a rapid rise in addiction, which turns into an epidemic," said Moody at an October 2019 press conference.

But the I-Team found there's been little regulation of the e-cigarette industry so far, and many of the liquids used in vaping and e-cigarette cartridges are composed of unknown chemicals produced overseas.

The I-Team recently participated in an ABC News investigation, involving more than a dozen stations nationwide.

The results varied widely with the products containing up to 50% less nicotine than advertised on the label. While less nicotine is better for the consumer, it also reveals a lack of standards and regulations in these products.

Michael Cherup owns South Tampa Vape and has vaped for six years after quitting cigarettes. He says he's not worried.

"There's no evidence either way concerning being more susceptible to COVID-19 because you vape," said Michael Cherup.

Cherup said the liquids he sells in his store only come from trusted U.S. sources, and he told the I-Team he believes most of the vaping injuries come from black market products.

Cherup said his customers tell him they're not worried either.

"They haven't expressed any concern about it other than being able to get their products," said Cherup.

But Dr. Koche has a warning for those who smoke and vape.

"You're putting toxins into your body that are going to age you," said Koche. "You're causing generalized inflammation, and you're making yourself much more prone not only to crazy things like this COVID-19 infection but all types of chronic diseases."

If you have a story you think the I-Team should investigate, email adam@abcactionnews.com .