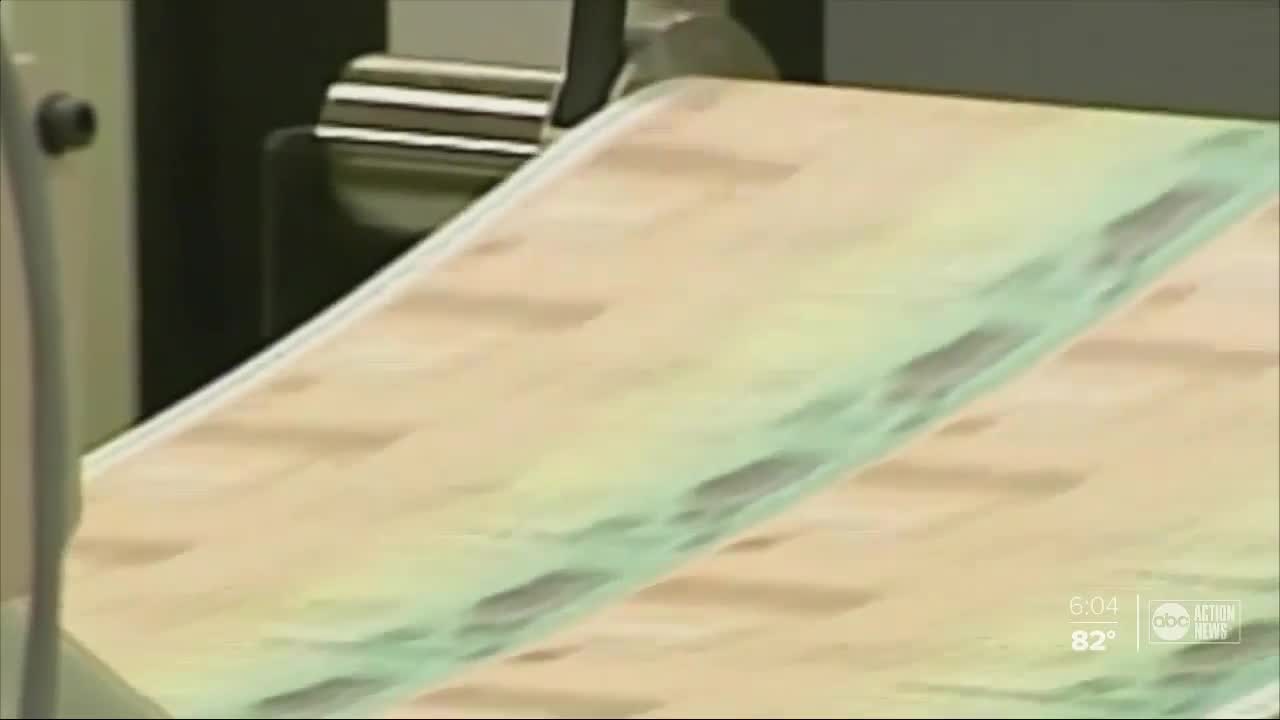 Thousands of Floridians are still waiting on unemployment checks, including $600 weekly payments from the federal government.

TALLAHASSEE, Fla. — Thousands of Floridians are still waiting on unemployment checks, including $600 weekly payments from the federal government.

I-Team Investigator Kylie McGivern found why Florida has been slow to pay out federal unemployment benefits to the more than a million people who qualify.

The I-Team found Florida received millions in federal money as the state was slow to pay the unemployed.

The I-Team obtained accounting records for the state's unemployment trust fund, showing a deposit of more than $29 million from the federal government on April 1.

That money was part of the Families First Coronavirus Response Act, meant to cover administrative costs and help Florida quickly set up its system to pay out those $600 weekly benefits checks.

For weeks, out-of-work Floridians have contacted the I-Team about delays in receiving the $600 weekly federal unemployment checks.

Answers from the Florida Department of Economic Opportunity (DEO) have been vague and unclear. But the I-Team discovered why it's taking so long for the unemployed to receive the federal benefits approved through the CARES Act.

Weeks after the state shut down, as hundreds of thousands of desperate Floridians sought unemployment, the I-Team found, as of April 27, the state had only withdrawn $80 million from a federal fund set up to pay the unemployed.

The state only started making significant withdrawals from that fund just recently, pulling a billion dollars from the fund in the past few weeks.

When asked why the state had only withdrawn $80 million a month after the president signed the CARES Act into law, approving the federal funding, a spokesperson for DEO said, "We are pulling the funds down as we pay claimants. We have made significant progress over the last several weeks of getting individuals paid."

The increase in getting federal dollars out to Florida's unemployed comes after the I-Team reported earlier this month the state was sitting on unemployment dollars and earning millions in interest.

Florida's unemployment fund, separate from the federal fund where Florida is withdrawing the $600 checks, earned nearly $25 million in interest in the first three months of the year, according to an accounting record obtained by the I-Team. In March, Florida was the only state that was taking in more money to its state unemployment fund than it was paying out in benefit checks.

"They're making more money like, off our suffering," said Tyeisha Harmon. "Because, like they're getting all of this money back and none of us are seeing it."

Harmon is one of the thousands still waiting for help from the state.

"I was working at an autism therapy center," said Harmon. "To do therapy for children with autism. I was in the process of being licensed and everything, but then they shut down because of the virus."

That was two months ago.

The single mother of two young boys applied for unemployment to help feed her family and pay the bills.

After a month of waiting to learn the status of her application, she was told to reapply.

"It's still sitting now," said Harmon. "It says it's pending, under review."

Harmon is caught in a patchwork of problems in a state system that's failed hundreds of thousands of unemployed Floridians.

Harmon is still waiting on the $600 federal unemployment checks.

"It's a constant anxiety because you just don't know day-by-day how or what you're going to do," said Harmon. "Our state has really let us down."

Hundreds of claimants have contacted the I-Team asking when they can expect to receive state and federal unemployment benefits. Some continue to wait to see their first unemployment check, and others say they still have not received all of the weeks they are owed.

A spokesperson for DEO told the I-Team, "DEO is committed to ensuring all Floridians receive the benefits they are owed. We have done everything we can to get payments out as quickly as possible, and some individuals received their state and federal benefits on different days. Over the next few weeks, individuals should begin to see their benefits coming together."

As of May 17, unemployment officials report the state has paid $1.2 billion in $600 federal checks to the unemployed.

Editor’s Note: This article has been updated to clarify the origin of the money in Florida’s unemployment fund.