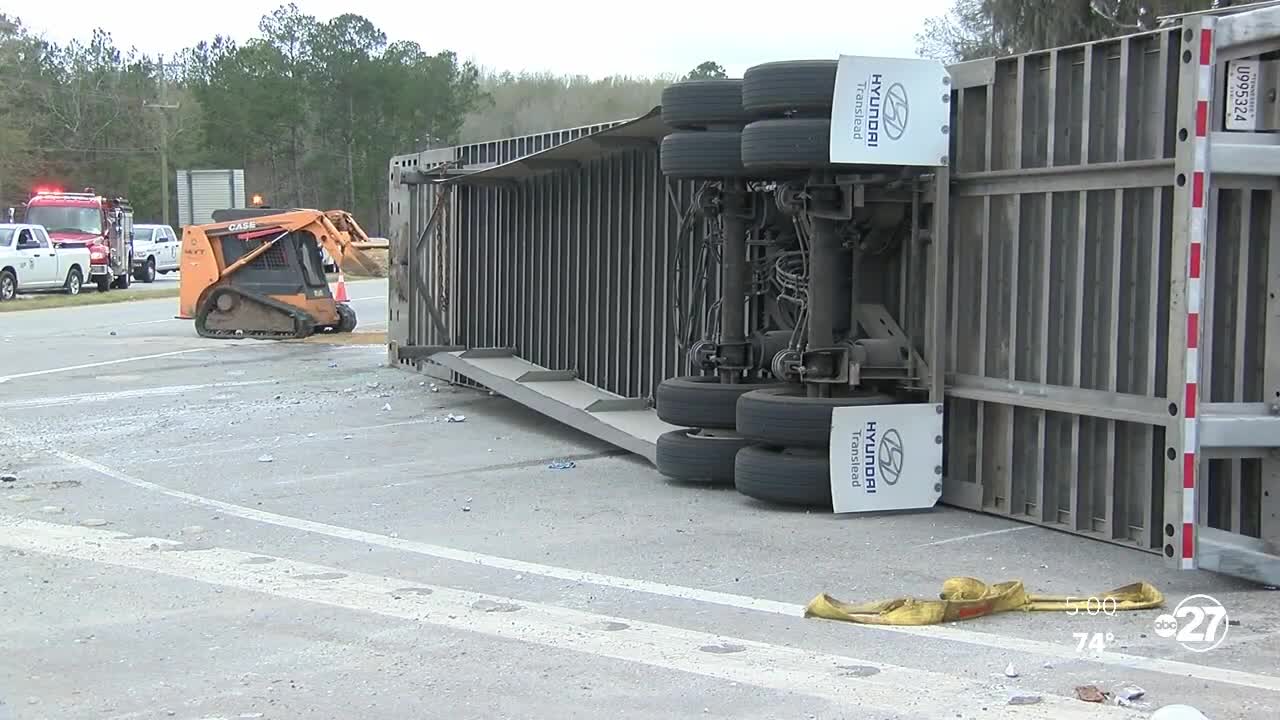 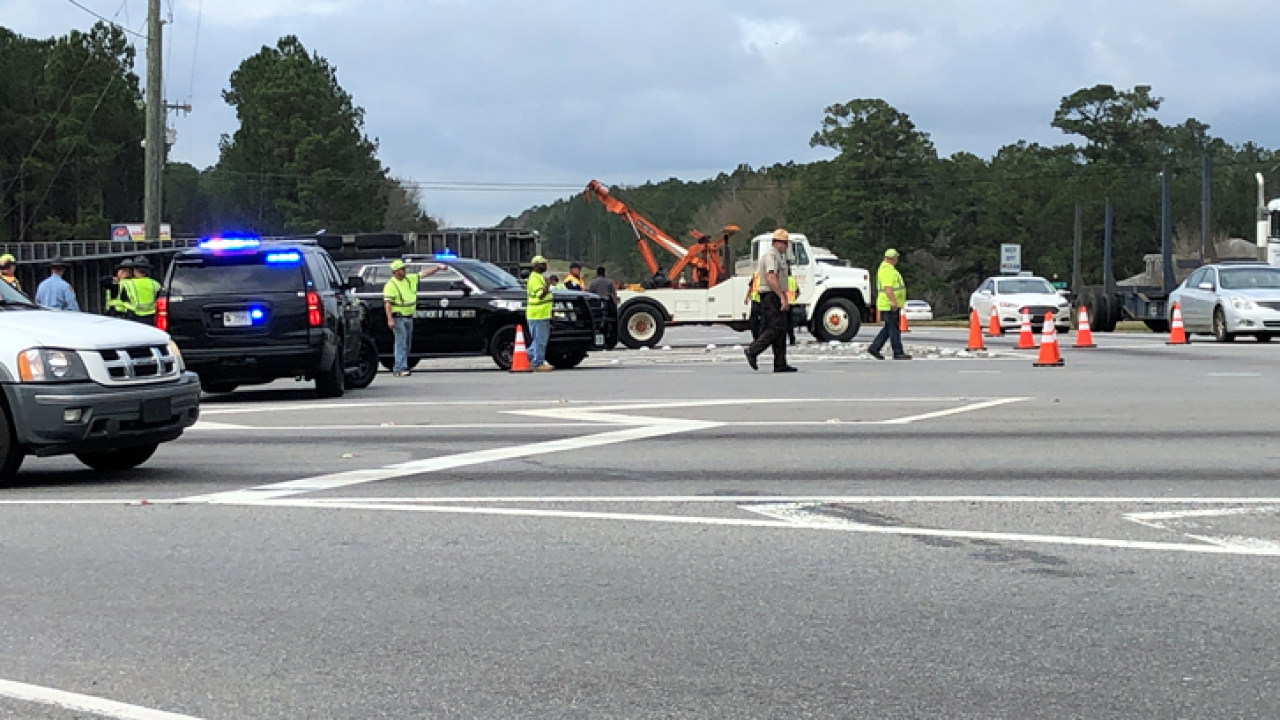 THOMAS COUNTY, Ga. (WTXL) — Thomas County officials say the intersection of Highway 19 and the bypass has been cleared after an overturned truck carrying a dangerous chemical caused detours on Thursday.

It happened at the intersection of Highway 19 and North Thomasville Bypass.

One lane on North Thomasville Bypass headed east and Highway 19 Southbound was blocked. There are a couple of schools in this area but the Thomasville Fire Chief said that there wasn't any concern for after school activities.

At about 10 a.m. on Thursday, a semi truck carrying sodium hydroxide overturned, spilling about 800 gallons of the liquid.

While it's not certain what that chemical inside was being used for, the shipping label for the cargo was tagged as hazardous and corrosive.

A specialized cleaning team had to handle cleaning up the spill, which is why the road was closed for several hours.

Most of it is pooling on the surface, so a vacuum like machine had to come and clean that up. The Fire Chief says none of the chemical made it into any water to their knowledge, but some did get on the grass.

There will be testing to make sure there's no longer lasting damage from the spill.

"Definitely with the soil sample. The rule of thumb is that it has to be cleaned of any kind once the right of way is turned back over to DOT," said Thomasville Fire Chief Chris Jones. "This happens very similar when there's a diesel spill. The soil has to be removed all the way down to a clean soil sample and then replaced and then obviously grass put back over that."

Sodium hydroxide is a very strong base, similar to bleach, in that it can burn skin and vegetation. No one was injured in the crash.

Nearby schools include Thomas County Central, Thomas County Middle, Hand in Hand Schools. The Fire Chief says reaching out to the school board was one of the first things they did when they arrived.

"Letting them know that all the kids were okay, the daycare across the street. We do have in our instant command post, our unified command post," said Chief Jones. "We have a school representative there now with our traffic division. That's who's helping maintain the flow of traffic with all of the buses coordinated now."

The other concern with this spill is the impact it'll have on the soil and water in Thomasville.

A stretch of Highway 19 in Thomas County will be shut down for the next 12 hours after a vehicle overturned, spilling a hazardous substance on the road.

They say a semi-truck overturned, spilling the hazardous material. EMA officials say the spill has been contained, but expect the road to stay closed for at least 12 hours.