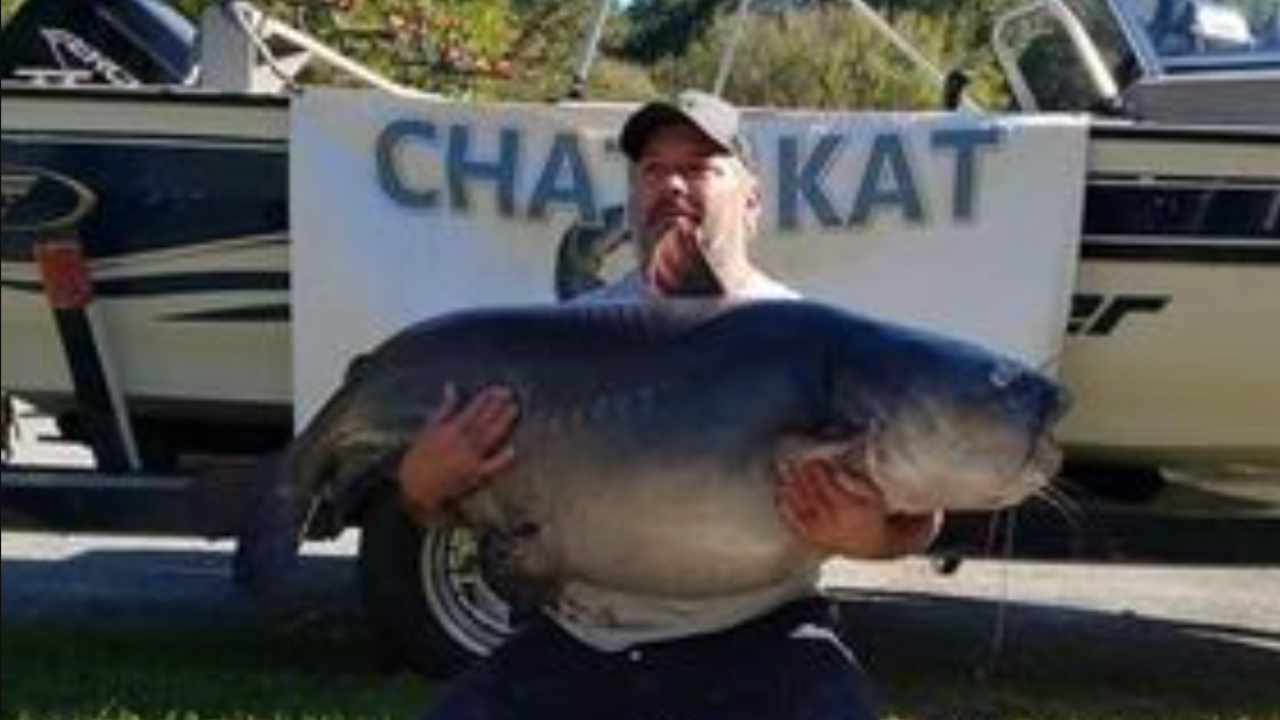 OMAHA, Ga. (WTXL) — A Havana, Florida man has set a new record for the largest blue catfish ever caught in Georgia.

According to the Georgia Department of Natural Resources’ Wildlife Resources Division (WRD), Tim Trone of Havana is now the new state record holder for the blue catfish.

His catch, caught on the Chattahoochee River in Stewart County, Georgia, weighed 110 lb, 6 oz beat the previous record by more than 17 pounds.

Using but bream as bait during a fishing tournament on Oct. 17, officials say Trone hooked the record-breaking blue catfish.

“Georgia has such great fishing opportunities, and we love to hear about this kind of exciting news,” says Thom Litts, Chief of Fisheries for the Wildlife Resources Division. “This is our first state record since last April, and I hope it encourages all anglers to get outdoors and Go Fish Georgia!”

Blue catfish (Ictalurus furcatus) are one of several types of catfish found in Georgia. While they can reach weights over 100 lbs., 1-20 lbs. is typical for Georgia.