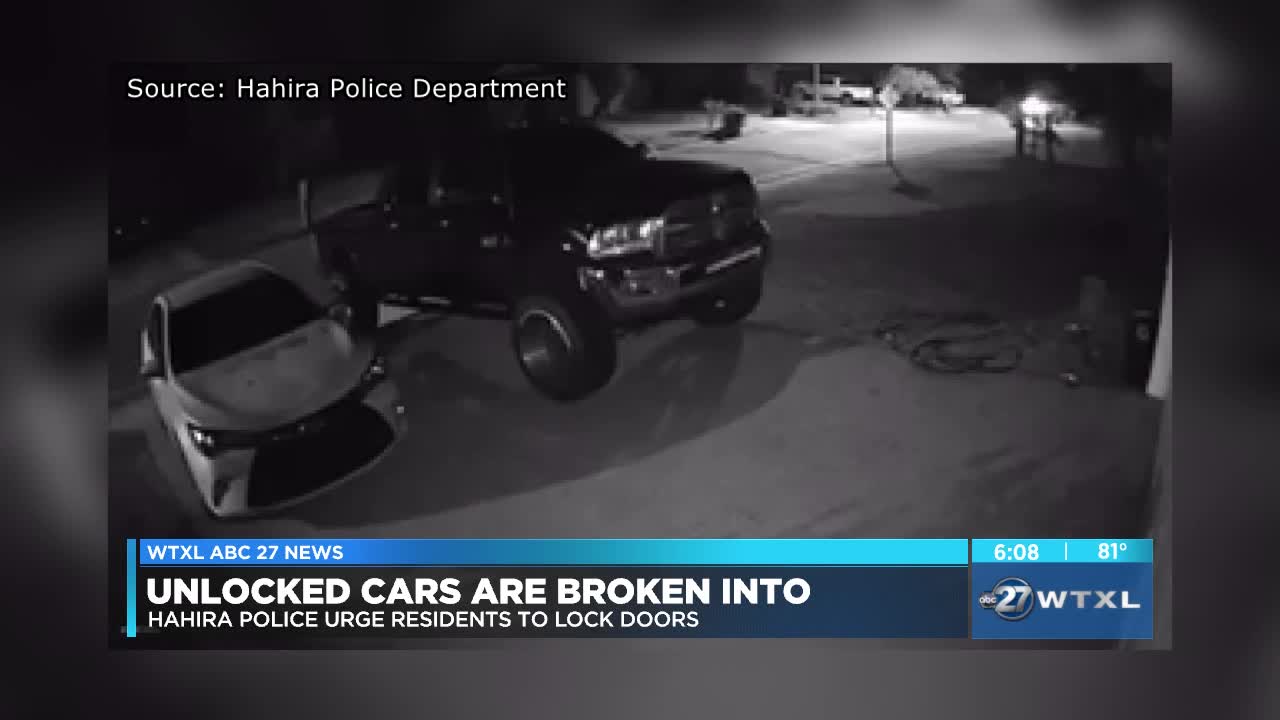 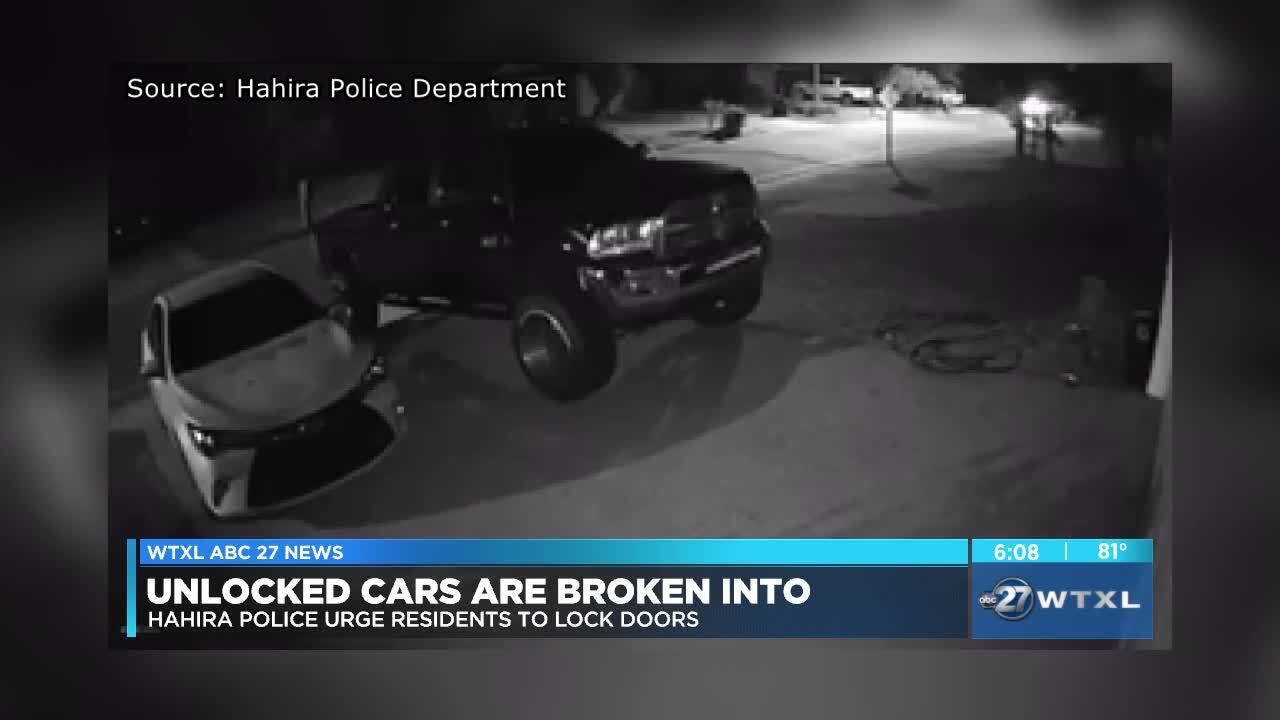 HAHIRA, Ga. (WTXL) — Police officers in Hahira are looking for people who have been breaking into cars.

There have been nearly a dozen car break-ins in Hahira this week, and police are urging residents to always lock their doors when they leave.

The investigation is on going, but Hahira Police Chief Terry Davis told WTXL that residents in this small town believe that they can leave their cars and houses unlocked, thinking that they won't be broken into.

Some residents leave the electronics, wallets, and even guns inside their unlocked cars. Most of what has been stolen is money. But several firearms have also been taken.

"I'm not comfortable with any firearm being stolen whatsoever," said Chief Terry Davis of the Hahira Police Department. "And, they could take it and trade it for drugs or sell it or whatever, then used in some type of armed robbery or used in a homicide even. It's sort of taboo to have a firearm stolen."

Chief Davis tells WTXL that residential security cameras show what looks like a white Ford or Chevy extended cab pickup truck driving down the streets multiple times when the cars were broken into.

He believes the driver is dropping off the thief who can check for unlocked cars. The driver then picks up the accomplice down the road.

One camera was able to get an image of the thief as he walked near the home.

Hahira Police are following several leads, but want to hear from you if you know anything about these break ins. These are crimes of opportunity as only unlocked vehicles are targeted.