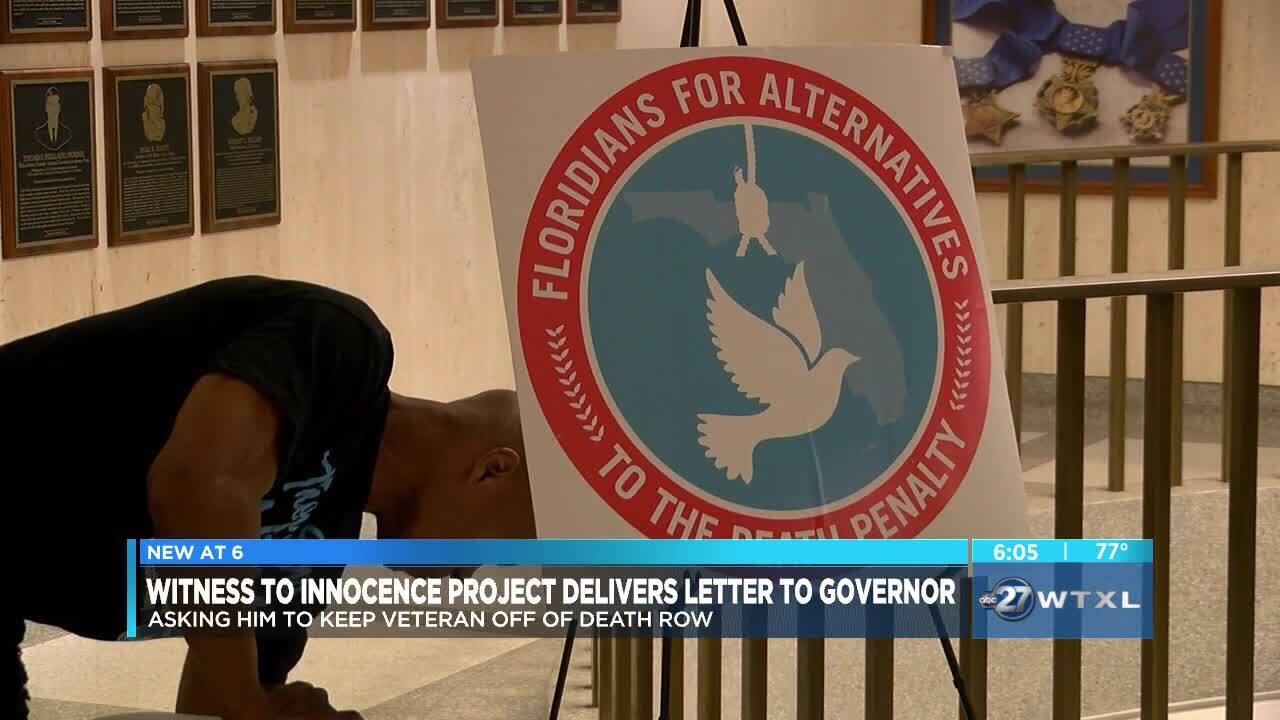 TALLAHASSEE, Fla. — There's a push to get Governor Ron DeSantis to reconsider allowing a man to be put to death next month.

Members of the Witness to Innocence Project delivered a letter to the Governor's Office on Tuesday.

The group of people say they believe James Dailey is innocent.

In a four page letter, they explain why the man convicted of murder should at the very least stay alive.

Many of the people fighting for James Dailey's life were once on death row themselves before being exonerated. They all say they see the similarities between their cases and this one.

They say there is no physical evidence that links Dailey to the crime, the witnesses were jailhouse snitches, and another man confessed to the crime that Dailey was convicted of.

One of the men who made the trip to the Governor's Office says he served time with Dailey and knows for a fact that he's innocent.

"He always claimed his innocence. Just like I did. The problem in there is this- there's a lot of innocent people on death row," said Juan Melendez, who was exonerated in 2002. "The number is more greater than people think. It is an irrevocable error. Because you can always release innocent men from prison. But we can never an innocent man from the grave."

Dailey's execution is set for November 7.

The people say they don't want a Vietnam vet to die just days before Veteran's Day.

If the execution does happen, Dailey will be the 100th person put to death in this state since 1976.