'More than just a little token' 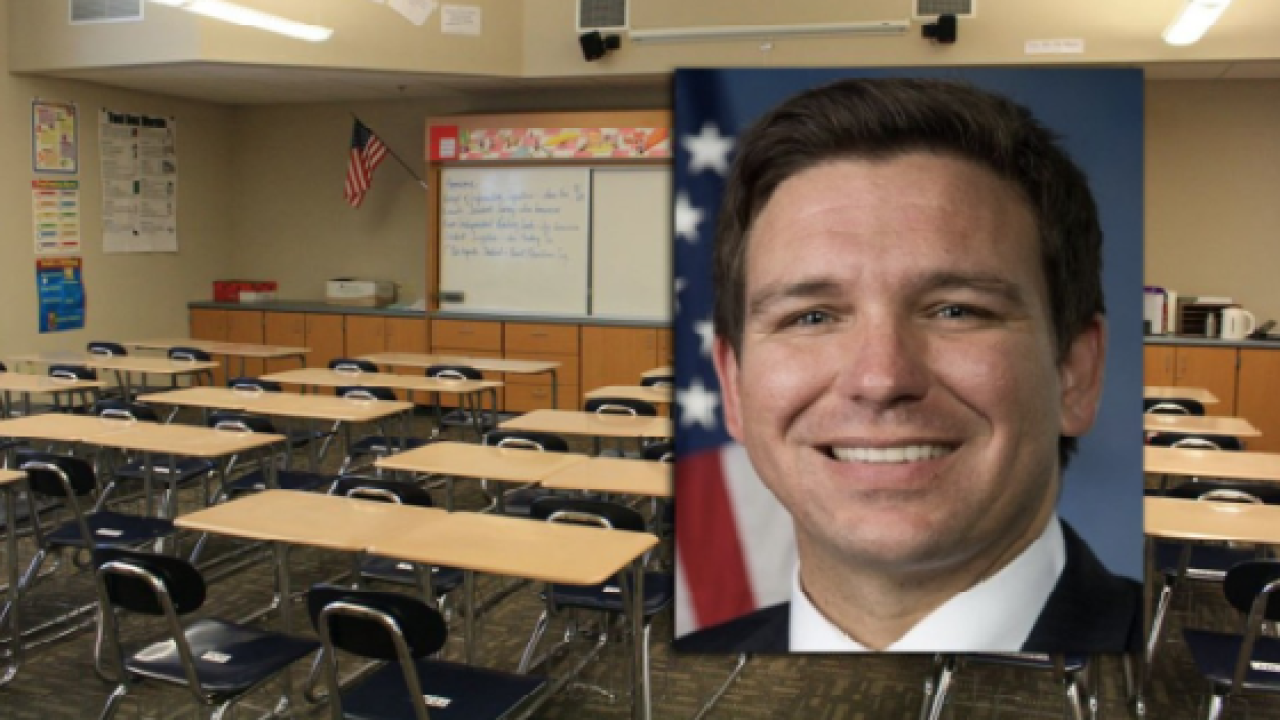 TALLAHASSEE, Fla. — Florida’s governor might be proposing a boost to teacher pay before the coming legislative session.

“I look around now and think teaching isn’t viewed as favorably as we’d like it to be with like young people coming out of college," DeSantis said. "I’d like to get more people going into the profession.”

Florida’s teacher pay has been a big issue for education officials, worried about recruiting and keeping talent. When adjusted for cost of living— the state is ranked 48 for annual teacher salaries, according to a new report from WalletHub.

DeSantis didn’t offer many details on what exactly his proposal would look like, saying it’s being finalized. He did say it would operate within the state’s budget and to expect more details in the coming weeks.

“Something within the next month or so,” the Republican said. “I think it will be something that will be more than just a little token, throw a few dollars here.”

The Florida Education Association— which represents about 140,000 current and former educators— is hoping the governor’s proposal is more than a bonus program.

President Fedrick Ingram said past bonus efforts have done little to entice teachers. His group has been pushing for a 10 percent boost for all public school employees, which would put the state in the top ten for teacher wages.

“Listen, if the governor says he’s going to do something big on teacher compensation, I would say about time,” Ingram said. “But, let’s do it in a real way. “

Florida’s next legislative session is set to begin in January.