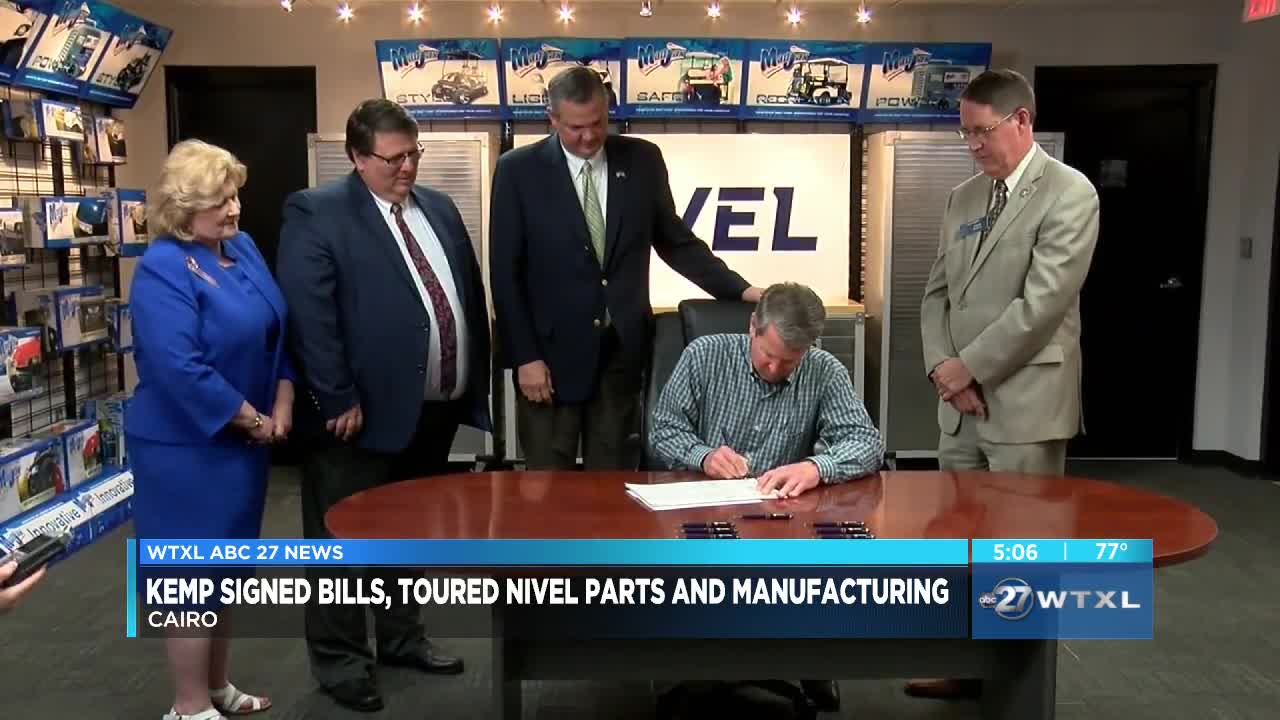 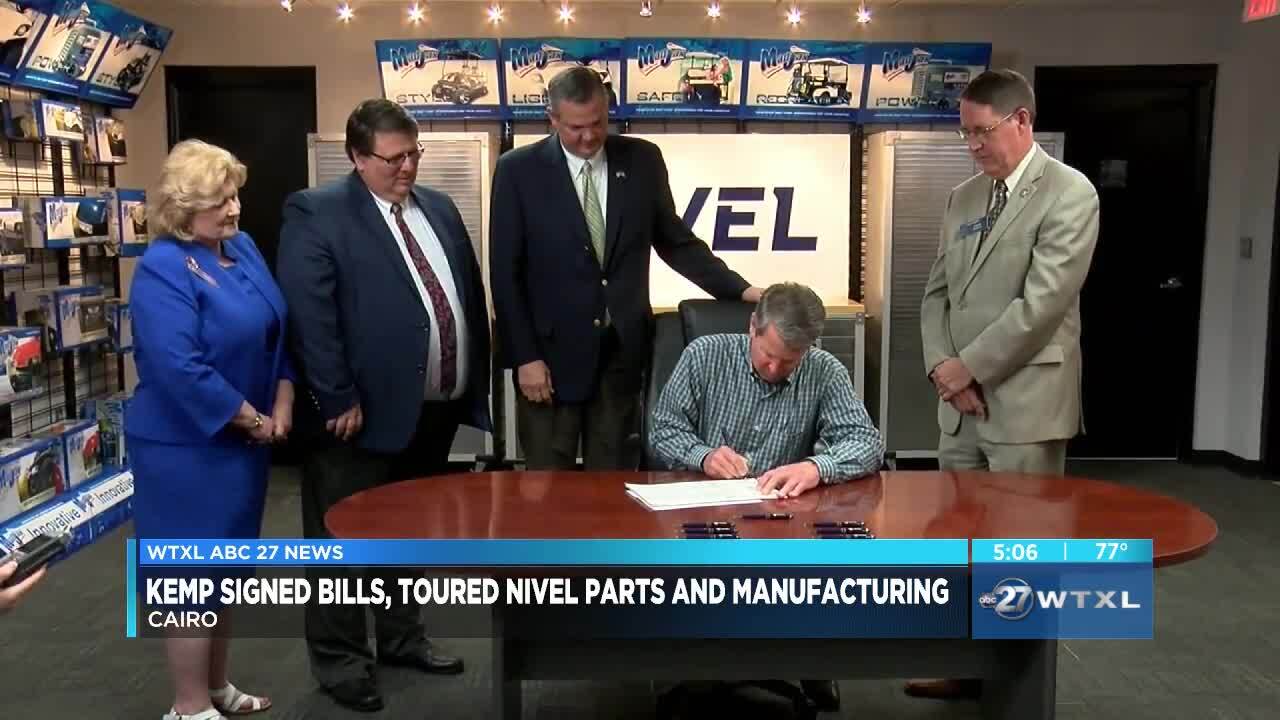 He got an inside look at the Cairo plant that's bringing about 50 new jobs to the area.

Nivel Parts and Manufacturing has already made some of those hires, but expects to bring on another 30 to 35 people before the end of 2020. And Friday, Governor Kemp, stopped by to tour the facility.

This stop was among many on his "bill signing tour" throughout south Georgia.

Before touring the golf cart manufacturing building, Kemp signed three bills, including one that would provide funding to rebuild facilities damaged by Hurricane Michael.

Then, Governor Kemp and dozens of Cairo city leaders toured the manufacturing portion of the building and were able to see what Nivel produces.

Through it all, the governor was impressed with what Nivel is bringing to this part of rural Georgia, and recognizes how helpful this is to the surrounding communities.

Rob Darrow, the Director of Change Management for Nivel Parts and Manufacturing is thrilled that Kemp was able to stop at the facility.

Getting the production up and running is happening in phases here at Nivel. The sewing operation is already online. Coming soon is the machinery.

Governor Kemp also signed a bill that updates the insurance code to increase transparency and another one that extends tax exemptions to non-profit health centers.