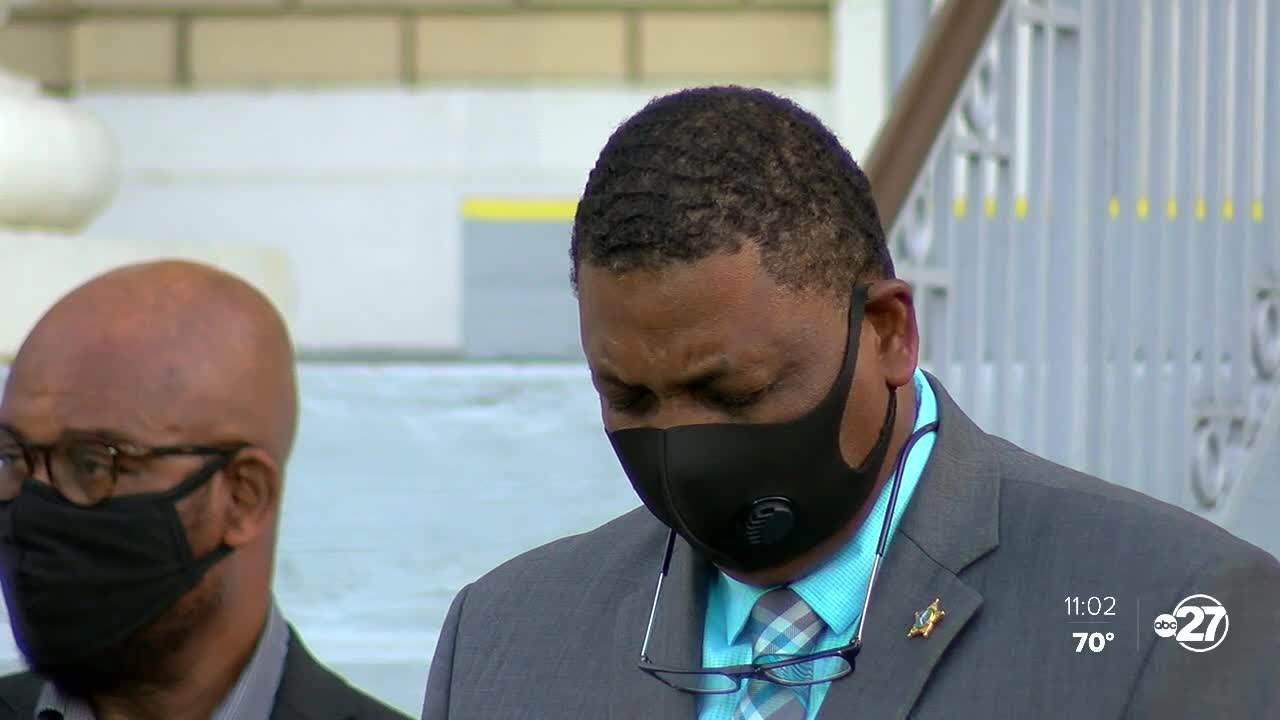 GADSDEN COUNTY, Fla. (WTXL) — Sheriff Morris Young is issuing a call for prayer in Gadsden County after an increase in violent crime, asking the community for help to end the violence.

They started by holding Prayer on the Square on Wednesday night.

Sheriff Young said after the show of support from the community Wednesday night he feels things will turn around.

"I feel a weight lifted off my shoulders," said Young.

The burden of recent violence was heavy after violent crime climbed to an all-time high, the majority happening in the 15- to 25-years old age bracket.

With more than 30 violent crimes in a six-month time frame Glenn Sapp, the chief of Quincy Police said law enforcement "cannot do it by ourselves. We need the support of the community."

They're asking the community to speak up if they know something.

No arrests have been made in many of these cases, as those with information won't cooperate with law enforcement.

Local leaders and ministers say this time of coming together was necessary.

Now they are looking for their prayers to be answered and the community to partner with them.

"We can not solve crimes without the community,” Young said.

They also prayed for the impact COVID-19 has had on their communities.

Law enforcement and community members are asking if you know anything about the violent crime that's been happening there to call Crime Stoppers at 850-574-8477.