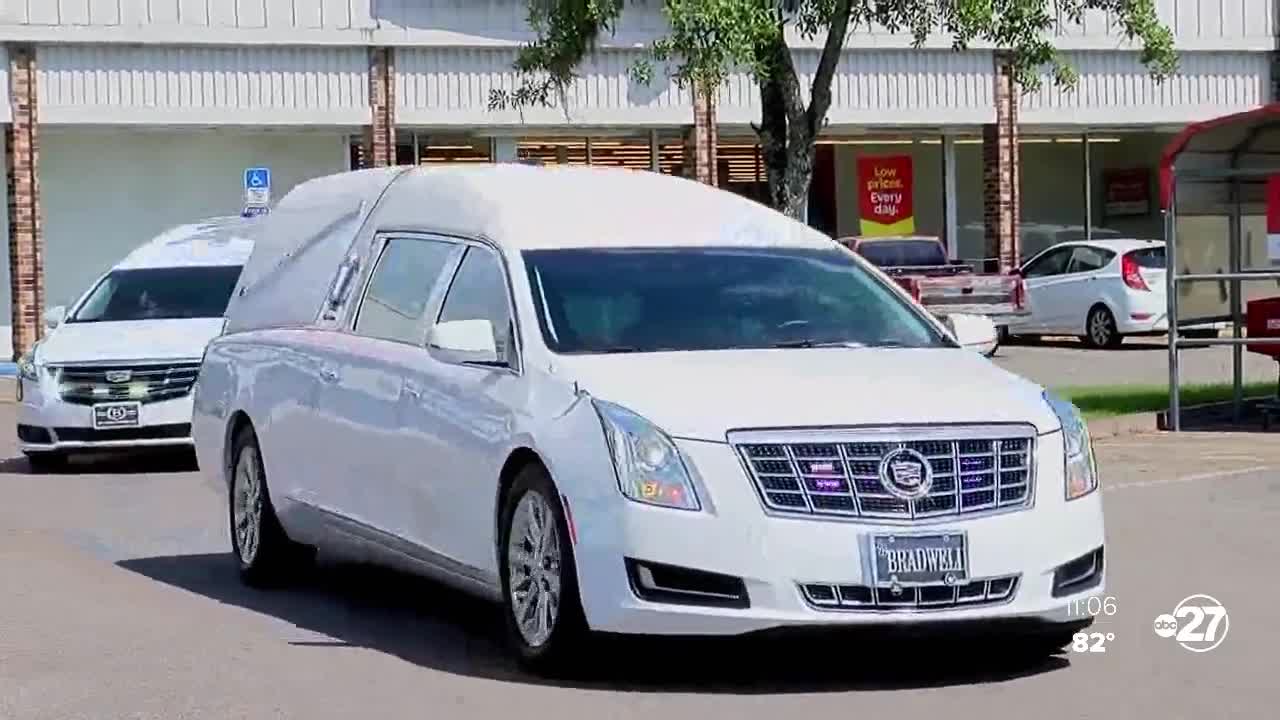 (WTXL) — Big Bend funeral directors banned together over the weekend to show people just how serious gun violence can be with a parade stretching across two local counties.

Instead of floats they showed off their hearses.

Too many lives lost -- and way too soon.

That was the message from funeral directors standing side-by side with grieving families, all sick of burying young bodies.

"It has gotten out of hand, and so we made a decision that it was time that the funeral homes speak," said Funeral Director, Demarien Hawk.

Nearly 20 Leon and Gadsden County funeral homes lined up their hearses Sunday to move through communities they say are likely to see gun violence retaliation.

On Holton Street, the officer-involved shooting of Tony McDade.

Along with another incident in June, when a 12-year-old boy was sent to the hospital after getting hit with a stray bullet while taking out the trash.

Together they released balloons for the 41 shootings of 2020.

More reminders of what happens when gun violence goes too far.

"We need more of this. Maybe we can get our young men and young women to respect each other and not shoot up and kill each other," said Joseph Lowe, Jr.

Organizers say they also plan to host a celebration of life event with a similar focus on gun violence awareness.

They're holding off until they can do so within social distancing guidelines.