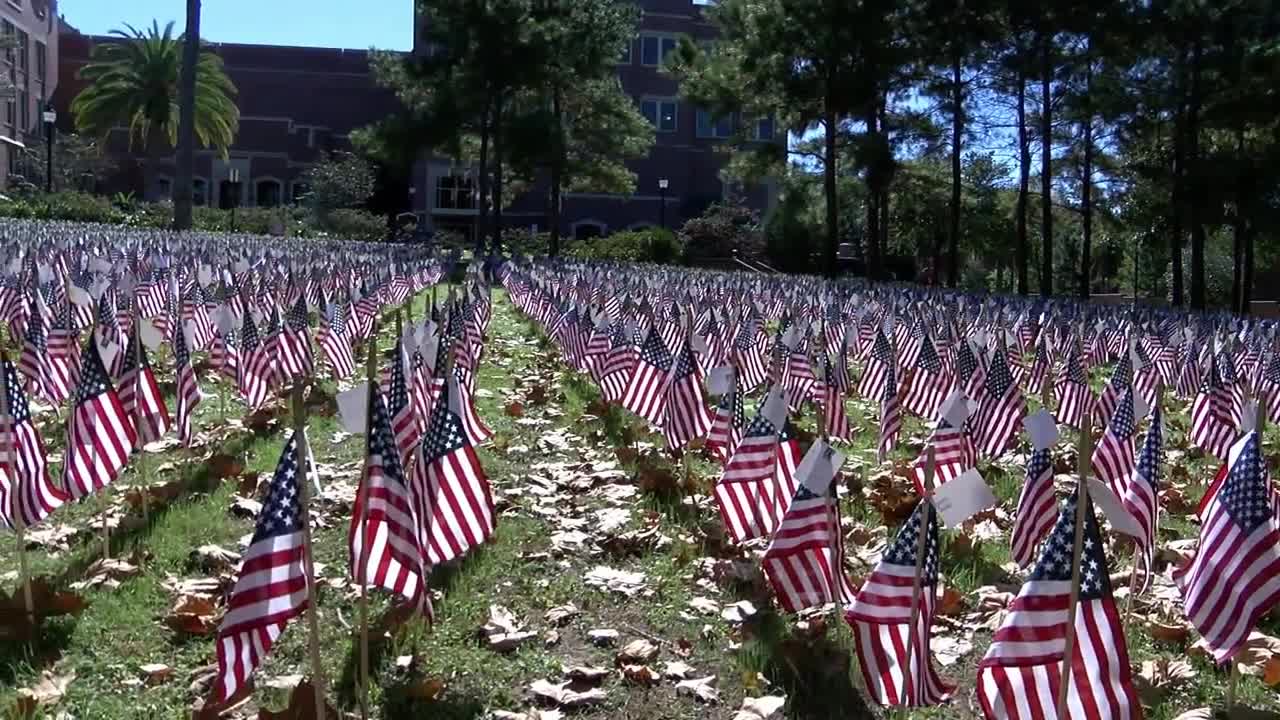 Georgia Brown brought the tradition to Florida State from Pompano Beach, where it started 15 years ago. She wanted to recognize everyone who has given so much.

TALLAHASSEE, Fla. (WTXL) — Thousands of flags planted behind the Westcott building on Florida State University's campus commemorate all the lives lost from the War on Terror.

Just three of the 6,973 names planted on Florida State University's campus, representing one U.S. soldier who has died since The War On Terror was declared in 2001

"So definitely months of behind the scenes planning, but the planting of the actual flags and tags took from Thursday to Sunday night," said Georgia Brown, the director of the Fallen Heroes Ceremony.

Georgia Brown brought the tradition to Florida State from Pompano Beach, where it started 15 years ago. She wanted to recognize everyone who has given so much.

"I think it's so important for us to pause and reflect on these service members who have made the ultimate sacrifice for us," Brown said. "I think a lot of times we forget these people who gave it all so that we can have the freedoms we enjoy every day."

It's a sacrifice Stephanie Crimmins doesn't take for granted.

Walking through the sea of flags, Crimmins took home two flags, one representing Christopher Soderland, the other, Edward Bolen.

"They were both very close to us, so I just wanted to make sure that they were not forgotten," said Crimmins.

This is a tradition Crimmins hopes Florida State keeps to help remember her friends.

"As long as they keep on having it, I'll be here grabbing the same flags and remembering them, too," Crimmins said.

If you may have known someone who lost their lives fighting the War on Terror, you're welcome to find and take their flag before they're taken down on Wednesday.