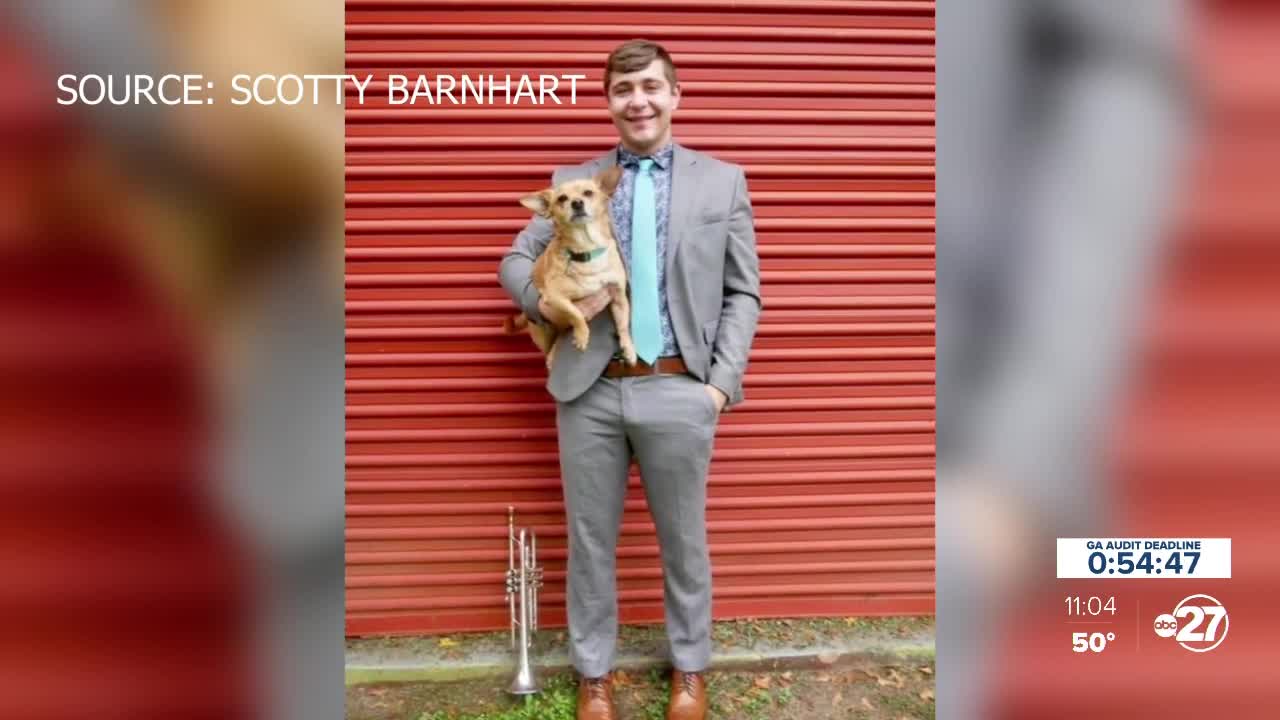 The third hit and run crash reported in Tallahassee this month happened on the 2600 block of West Pensacola Street Tuesday night.

Bennett's professor describes him as a kind soul and world-class musician.

Sadly, his dreams of sharing music worldwide were cut short, and students are saying enough is enough.

"When he passed lat night," said Scott Barnhart, the director of County Basie Orchestra, and professor of jazz trumpet at FSU. "Blake was a world-class musician. World-class. He could go anywhere in the world and play with anybody."

"He knew he wanted to come to FSU, and he came and majored in jazz, and he was one of the best students we've ever had," said Barnhart.

Police say Bennett was killed in a hit and run crash while on his scooter.

Investigators say a car, going fast, hit and killed Bennett around 8:30 p.m., then sped off.

"Things are worse than they have been," said Eric Schieferstein, an FSU student. "People are driving pretty recklessly."

"People don't really consider others when trying to get from point A to point B," FSU student Kate Lopez said. "They're in control of this very deadly machine that they could hurt someone with very easily."

Now Barnhart says the Jazz department will never be the same as he thanks Bennett's family for sending him their way.

"Forget the music part," Barnhart said. "Just as a soul and the spirit of a human being, you all raised a wonderful human being."

The Tallahassee Police Department says they are still looking for the vehicle, possibly a 1999 to 2004 blue mustang.

TPD asks anyone with information about the incident to please call 850-891-4200. They may also remain anonymous by calling Crime Stoppers at 850-574-TIPS.