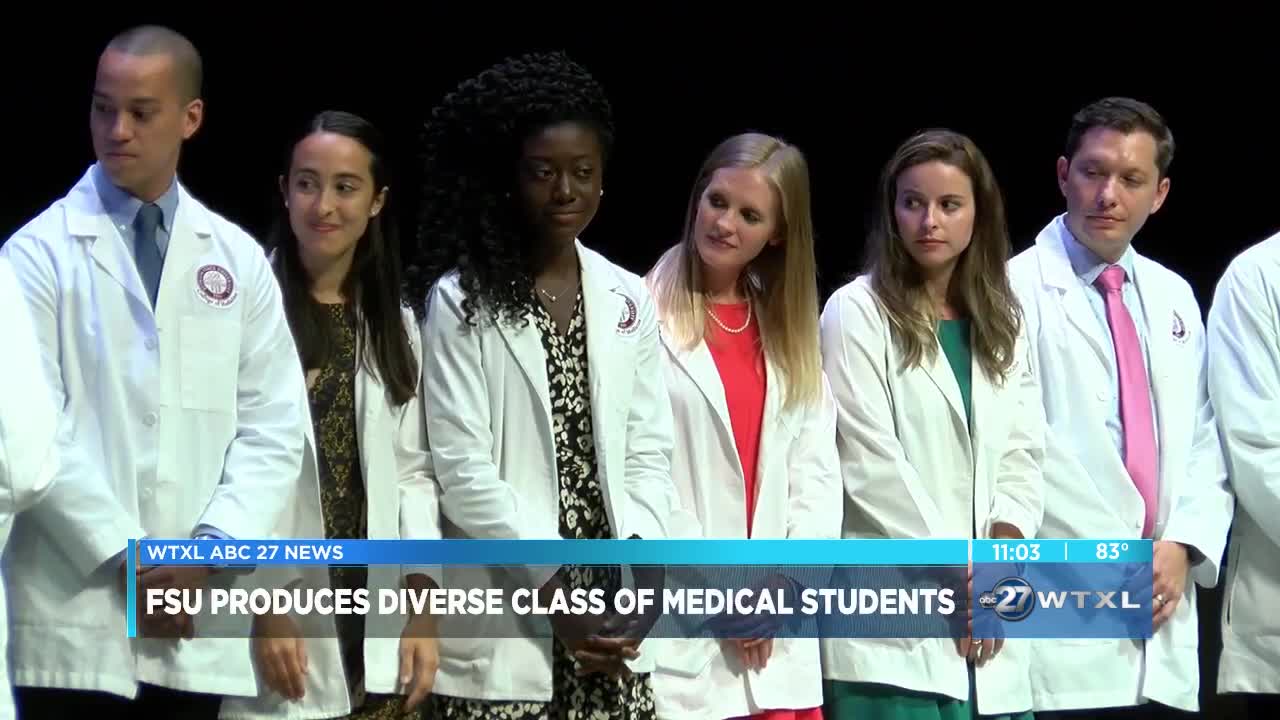 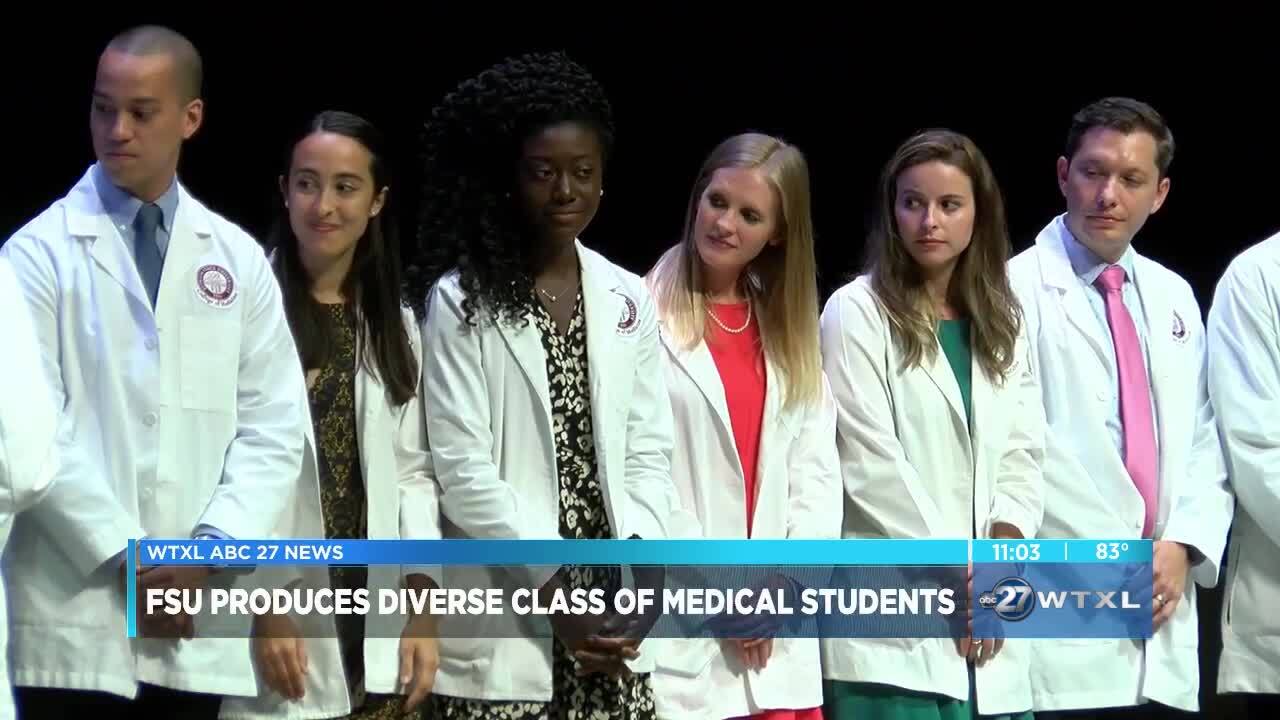 It's a symbol of their journey into the world of medicine.

WTXL's Jada Williams showed us how FSU's College of Medicine is doing more to make sure their graduates are just as diverse as the community.

Efe Cudjoe is well on her way to fulfilling her lifelong dream.

She's in her fourth year at Florida State University's College of Medicine.

But there was a moment that Cudjoe questioned her path.

"Everyone talks about their childhood dream of becoming whatever it may be. For me it was becoming a physician, but in my mind, I wasn't seeing myself in those roles," said Efe Cudjoe 4th year Medical Student.

The Bureau of Labor Statistics says that last year, only 7.6% of the physicians and surgeons in the United States were black. 7.4% were Hispanic.

The low numbers explain why people like Cudjoe wondered if they would ever see themselves donning a white coat.

"If you focus on it being a low number, it can be disheartening. But if you really focus on the fact that 7% has increased from 1% or 0, that shows you that we're making steps in the right direction," said Cudjoe.

While there might be a shortage of minority physicians nationally, here at FSU's COllege of Medicine, they're working to make sure they produce a diverse group of physicians.

More than half of the students who were presented with a white coat this year were women.

More than 2 dozen of those students are black or hispanic.

"We are actually one of the most diverse medical schools in the country," said Dr. Anthony Speights, Associate Dean Interdisciplinary Medical Sciences.

The school even offers the Bridge program to identify minority and poor grade school kids who could make great physicians one day.

"Studies have shown that patients do better when they have physicians that they identify with," said Dr. Anthony Speights.

So that one day, children will be able to see a future for themselves when they go to their doctors.

Cudjoe says that she plans to become an OBGYN after she graduates.