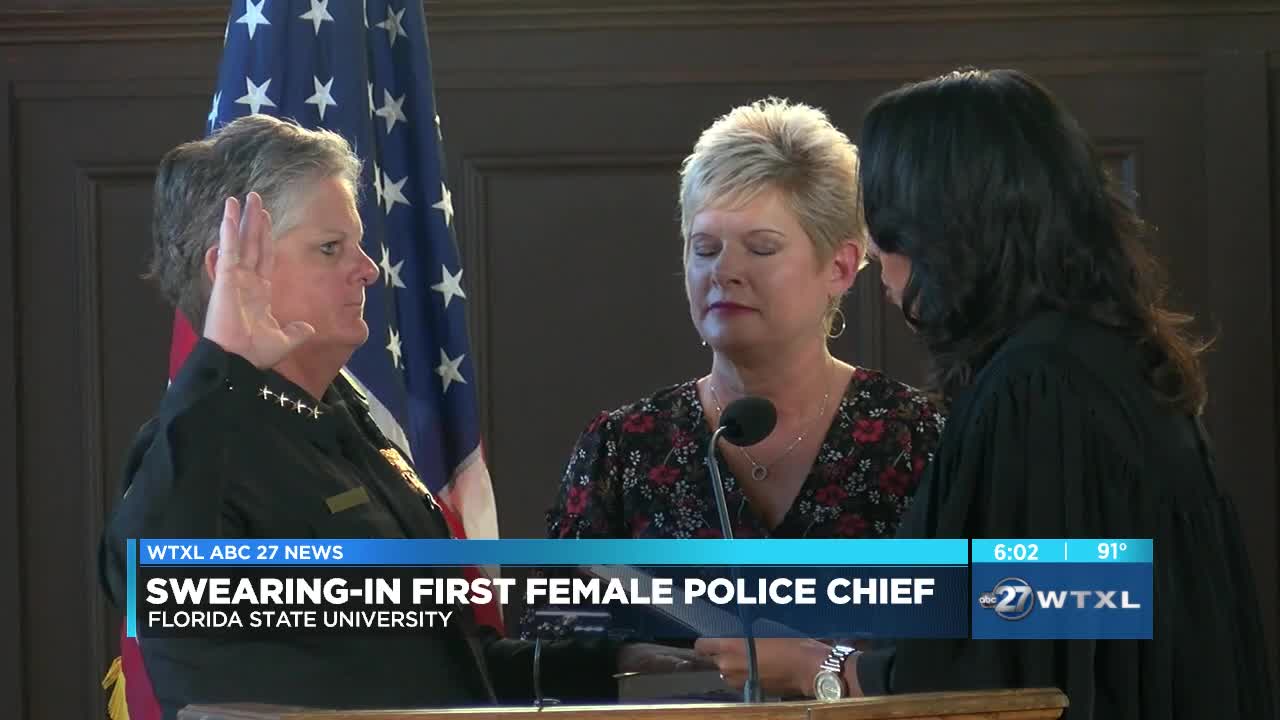 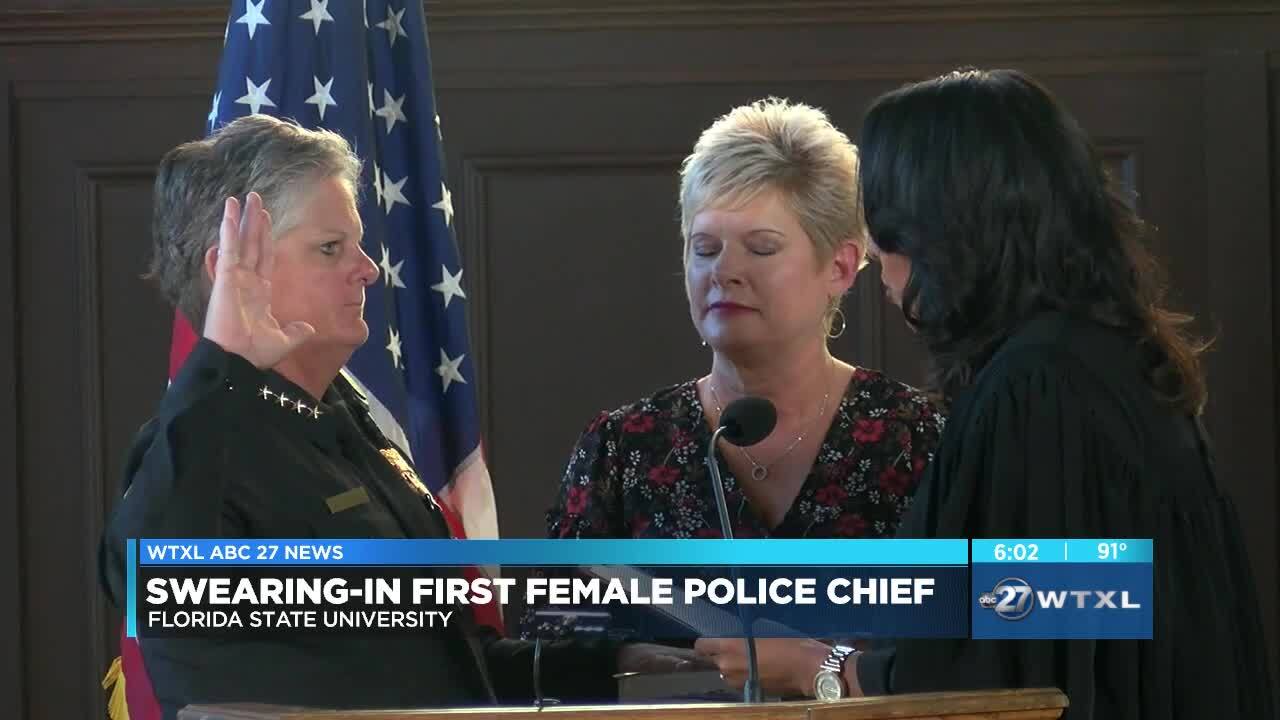 TALLAHASSEE, Fla. — The beginning of a new chapter. Florida State University leaders started work a couple weeks ago, but on Friday their top cop has officially been sworn-in.

It's a historic moment as she is the first female police chief for the school.

It's a big deal to her. Chief Teri Brown has technically been working as acting chief since Aug. 31, but on Friday things were made official at the swearing-in ceremony.

That means her first week on the job has been preparing for Dorian, moving a football game, welcoming students, all while reaching this historic milestone.

Chief Brown has been with the department the close to three decades and has worked her way up the ladder the entire way.

Brown says her goals are to continue to foster relationships within the community as well as inspire other women to rise in the ranks of law-enforcement too.

Brown was also joined on the stage by her wife, where she thanked her for the support and long hours to get to this point.

Brown has also served as FSU's deputy chief of police since 2018. She's replacing David Perry, who resigned to accept a post at the University of North Carolina.