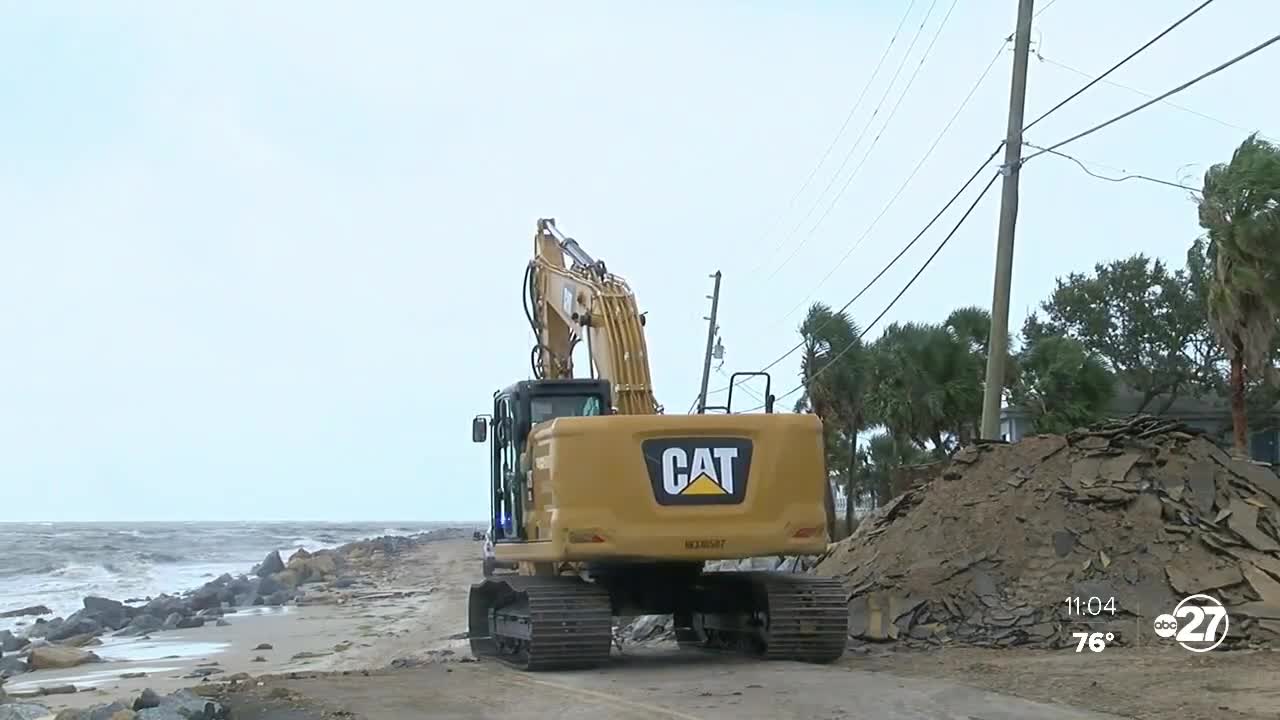 Electrifying is how one Franklin County described the storm surge and waves felt in Lanark Village Monday. 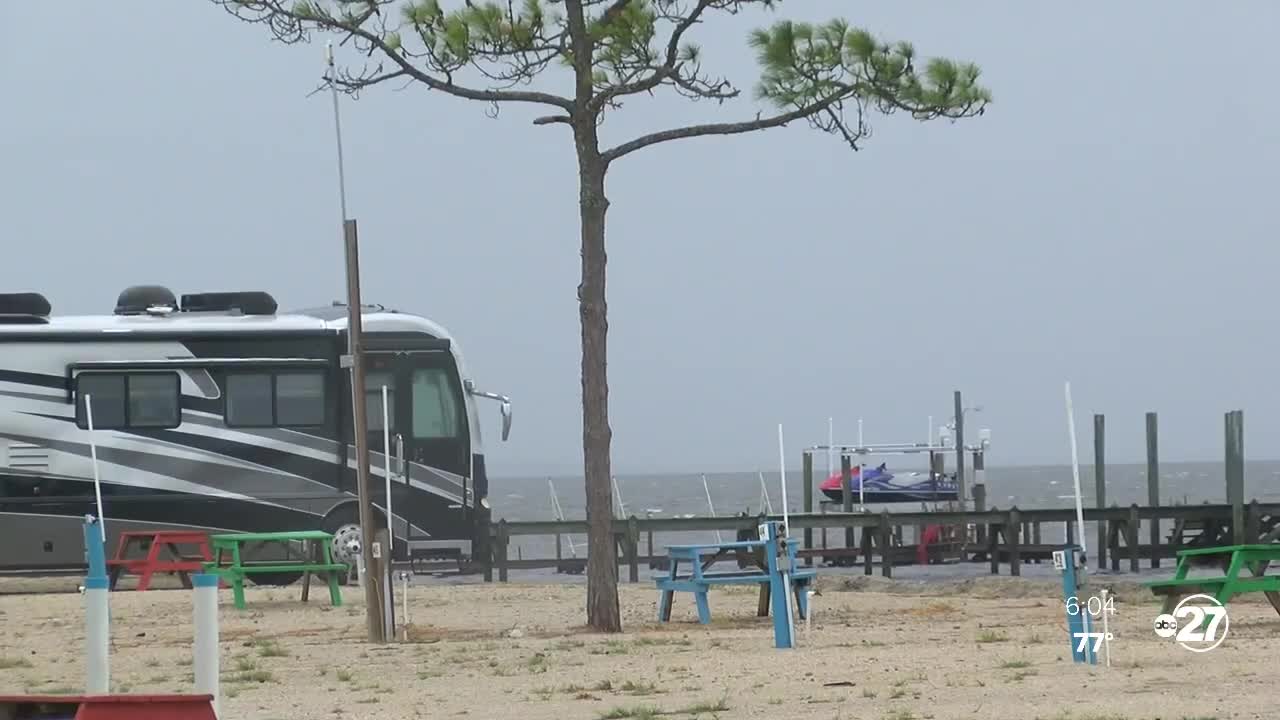 The manager at Ho-Hum RV Park says the last 24 hours have been a nail biter, but he's feeling lucky right now.

People at Ho-Hum RV Park say they were spared the worst on the weather Monday with high tide peaking around 11:30 a.m.

The water never made it higher than anticipated.

Dennis Hefner says he usually ruins into cancellations when there's a storm brewing, which hurts business, although he says there's something special about the watching a storm headed his way.

"They hear hurricane and say, 'oh I have to cancel my reservation," Hefner said.

It also washed out Alligator Point Road, a road prone to flooding.

"Electrifying," said Hefner. "It makes you go, 'wow,' and understand the power of it all."

Hefner isn't alone. There are other thrill-seekers at Ho-Hum RV Park wanting to see what the storm experience is all about.

"You get to go wherever you're going and say, 'I went through a hurricane,'" said Hefner. "It was breathtaking. It's exciting. We had a couple come last night and they parked right at the front so they just pulled in and parked, water splashing up a little bit."

But people in the county are still being asked to stay safe.

Hefner says he will evacuate the park if conditions start to worsen.

They're asking everyone living along the coastline, barrier islands, low lying area, and near the bays and rivers to be prepared for potential flooding.

Sheriff Smith says some trees fell between Eastpoint and Carabelle. Emergency crews are already out working to make it passable.

Schools are closed in Franklin County on Tuesday and deputies continue to patrol the area looking for any damage.