Franklin County: If you're visiting from Georgia, you must quarantine for 2 weeks 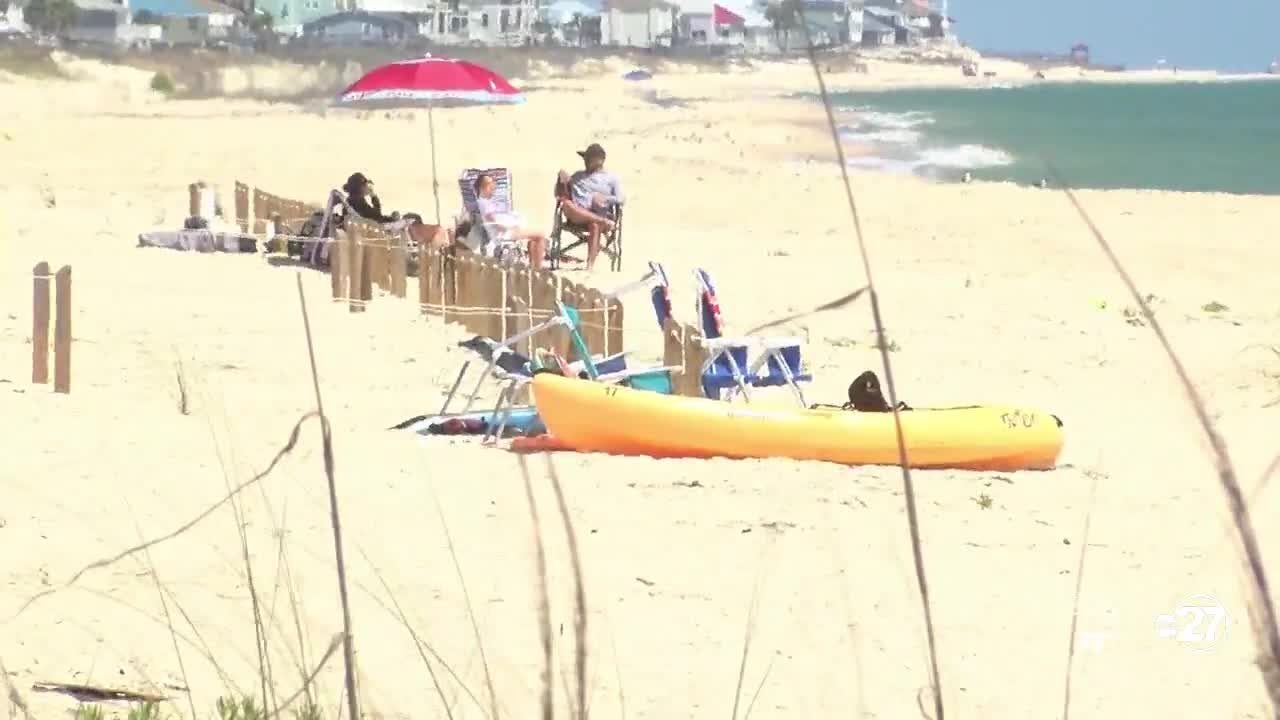 While Georgia is busy trying to get back to normal, one Florida sheriff is issuing a warning for Georgians if they come to his county.

FRANKLIN COUNTY, Fla. (WTXL) — While Georgia is busy trying to get back to normal, one Florida sheriff is issuing a warning for Georgians if they come to his county.

If someone wants to pack up and make the trip across state lines to Franklin County, they'll be asked to self-quarantine for two weeks.

While many beaches are opening up, St. George Island in Franklin County remains closed with an added measure for people coming in from Georgia.

"The governor's executive order listed states where people were required to quarantine if they came to Florida," said Franklin County Sheriff, A.J. Smith. "The county commission adopted their own and added states. One that they added was Georgia."

It's a rule that has the people living in Franklin County split.

Business owners say this time of year is usually bustling with customers, but those restaurants are just as empty as the beach surrounding them.

But since the beaches shut down on St. George Island this has become the new normal.

While some say they're happy that the county is keeping the people living there safe, others say it's time to open up.

"I understand people want to protect the area and make sure people coming in from other places don't bring the coronavirus in with them," said Steven Rash, the co-owner of Blue Parrot in St. George Island. "But maintaining social distancing and safe practices is enough to open the beach and let people on St. George Island."

In a county so reliant upon people visiting, it's hurting the local business.

"We thrive off of the tourists," said Mike Rasmussen, the manager at Doc Myers. "Locals support us, but tourist business is the majority of our main season."

"Nobody can come to the beach," Rash said. "There's nobody here."

Rush says the Blue Parrots sees a couple of patrons per shift. A far cry from what it usually sees.

It's also causing confusion for people who live in Georgia, but own property in Franklin.

"If they come for a day and leave, there's nothing we can do about it," Sheriff Smith said. "If they were to leave the house, and go to the store and then come back home, then yes, they can be cited."

There's also the potential of spread from places like Tallahassee.

"I really don't know why you can go to Walmart or Costco in Tallahassee, but you can't come to the beach here," said Rash. "It makes no sense to me."

It all boils down to people coming from places with big community spread, leaving the entire state of Georgia shut out of Franklin County for the time being.

"There's nothing that requires anyone from Florida to quarantine, unless its Palm Beach, Dade or Broward Counties," Sheriff Smith said.

Rush says he isn't worried about the lasting effects of these closures.

"People are dying to get down here," said Rash. "As soon as it opens, people are coming."

There's a possibility this rule and the beach ban won't last much longer.

County commissioners will talk about it at their next meeting Thursday morning.