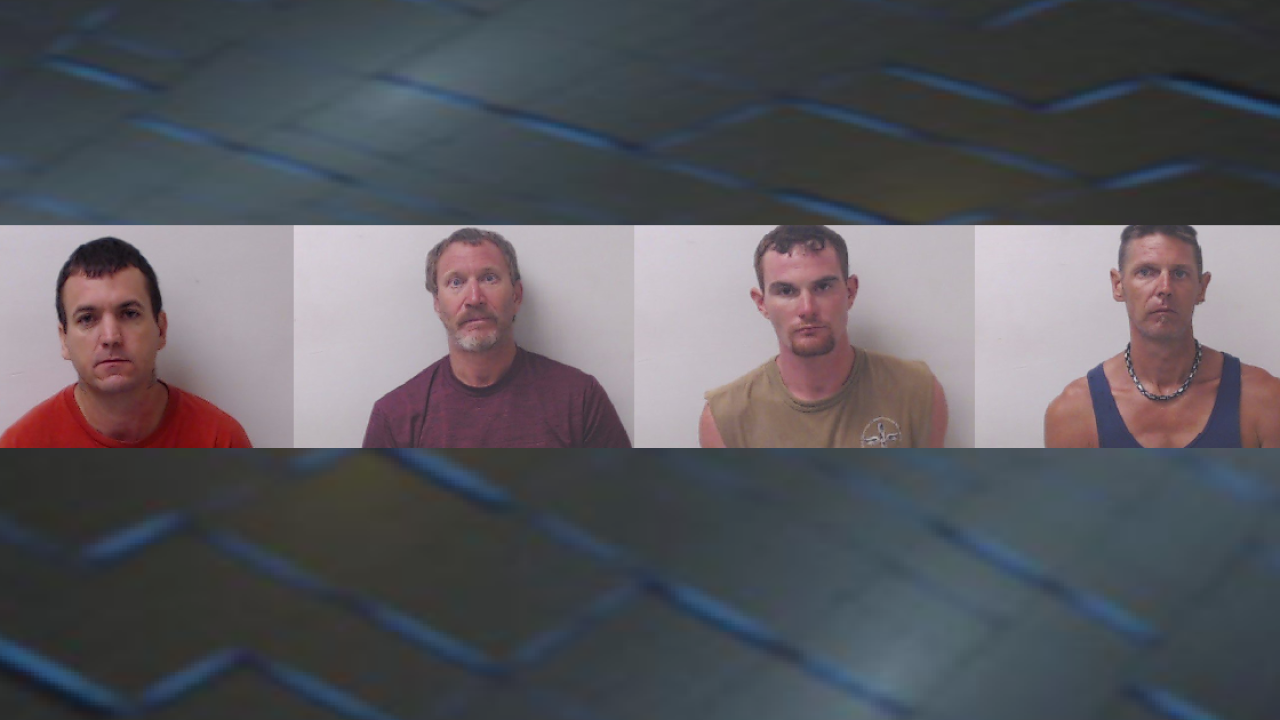 BAINBRIDGE, Ga. — Four people were arrested over the weekend in Bainbridge on drug-related charges.

On June 21, Georgia State Patrol was called for help in reference to three suspects taken into custody on drug related charges during a traffic stop on Tallahassee Highway. Bainbridge Public Safety then responded to the traffic stop and took Roy, Taylor, and Oscar to Public Safety Headquarters for booking and fingerprinting.

The next day, at about 7:00 p.m. BPS was called to the Budget Inn on Scott Street in reference to a drug complaint. When officers arrived, they knocked on the room registered to Lusk.

When Lusk answered the door, officers advised Lusk that they had received a complaint of drug activity in his room.

Lusk gave consent to the officers to search the room, where they found a plastic bag containing smaller bags of a white powdery substance suspected to be Molly (Ecstasy) behind a wall mirror.

They also found a crystal-like substance wrapped in clear plastic wrap lying on a table, suspected to be crystal methamphetamine.

The suspects are facing the following charges: