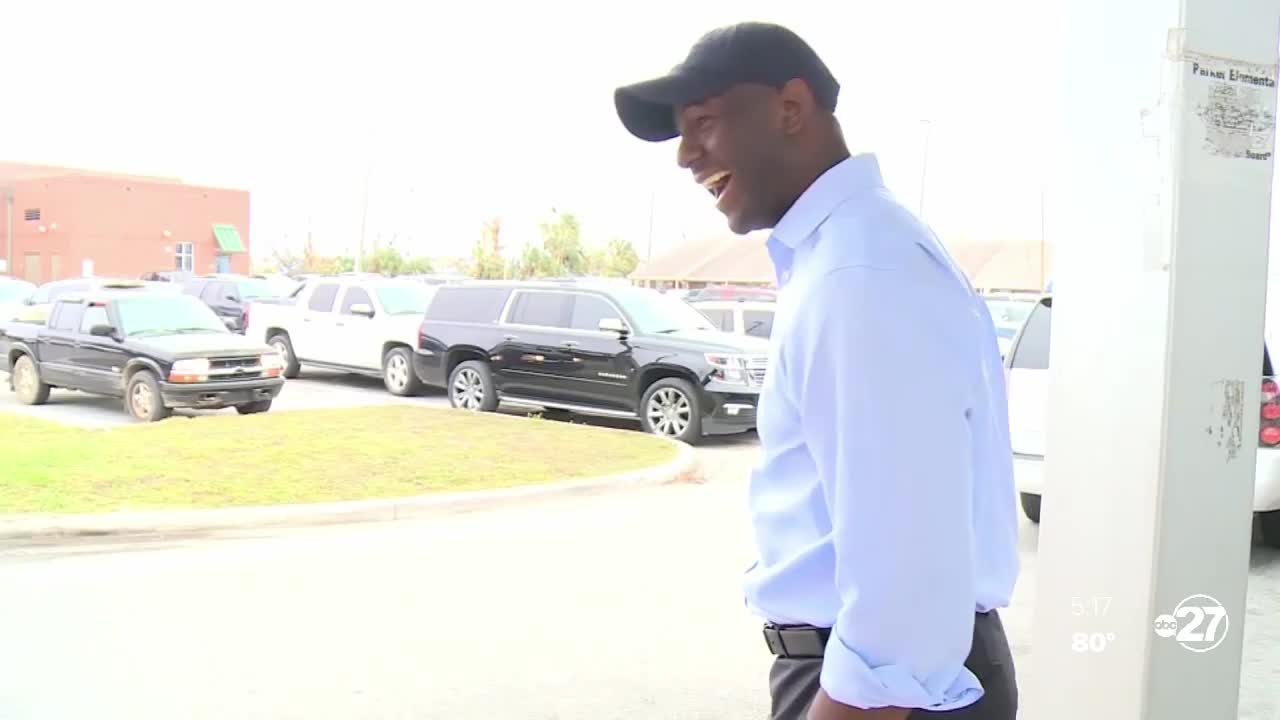 According to a police report, Former Tallahassee mayor and former Democratic candidate Andrew Gillum was involved in an over dose incident at a Miami Beach hotel where he was found "inebriated."

TALLAHASSEE, Fla. (WTXL) — According to a police report, former Tallahassee mayor and former Democratic candidate Andrew Gillum was involved in an over dose incident at a Miami Beach hotel where he was found "inebriated."

The report states that Miami Beach Fire crews were called to a hotel at the Mondrian South Beach right before 1 a.m. Friday for a cardiac arrest.

When they arrived, firefighters were on scene treating a man for a "possible drug overdose."

According to the report, Aldo Mejias, 56, told police he gave Travis Dyson, 30, his credit card information to rent the room for the night.

When Mejias arrived at the hotel room, he found 40-year-old Gillum and Dyson inside, both of whom appeared to be "under the influence of an unknown substance."

Mejias said he saw Dyson collapsed on the bed and “Gillum inside of the bathroom vomiting.” Dyson then began having trouble breathing and vomited on the bed before collapsing again.

According to the police report, officers who responded to the hotel tried to speak with Gillum but he was too inebriated. Officers found three small clear bags inside the hotel room containing suspected crystal meth and impounded them into evidence.

First responders took the collapsed man to a hospital where he was listed in stable condition.

Documents say Gillum later left the hotel room and returned to his home “without incident.” It's unclear if Gillum or any of the men involved are facing criminal charges.

You can read the full report below:

The former gubernatorial candidate sent a statement to ABC 27 about the incident. In the statement, Gillum admitted that he "had too much too drink," but denied using meth.

"I was in Miami last night for a wedding celebration when first responders were called to assist one of my friends. While I had too much to drink, I want to be clear that I have never used methamphetamines. I apologize to the people of Florida for the distraction this has caused our movement.

"I’m thankful to the incredible Miami Beach EMS team for their efforts. I will spend the next few weeks with my family and appreciate privacy during this time."

Now, most people outside of the Big Bend know of Gillum for his run for Governor.

Despite being out of politics, at one point, his name was being tossed around as a possible Vice President choice for Elizabeth Warren.

"It does not look good to have someone with such a high profile stature as Andrew Gillum, the former Mayor of Tallahassee, the former Gubernatorial candidate here in the state of Florida be caught up in this situation where drugs is included," said Trimmel Gomes of Political Consultant and Media Strategists. "Methamphetamine is expected to be involved in this case."

Gillum is currently working for his voter registration organization, Forward Florida Action. He has asked for privacy for himself and his family at this time.