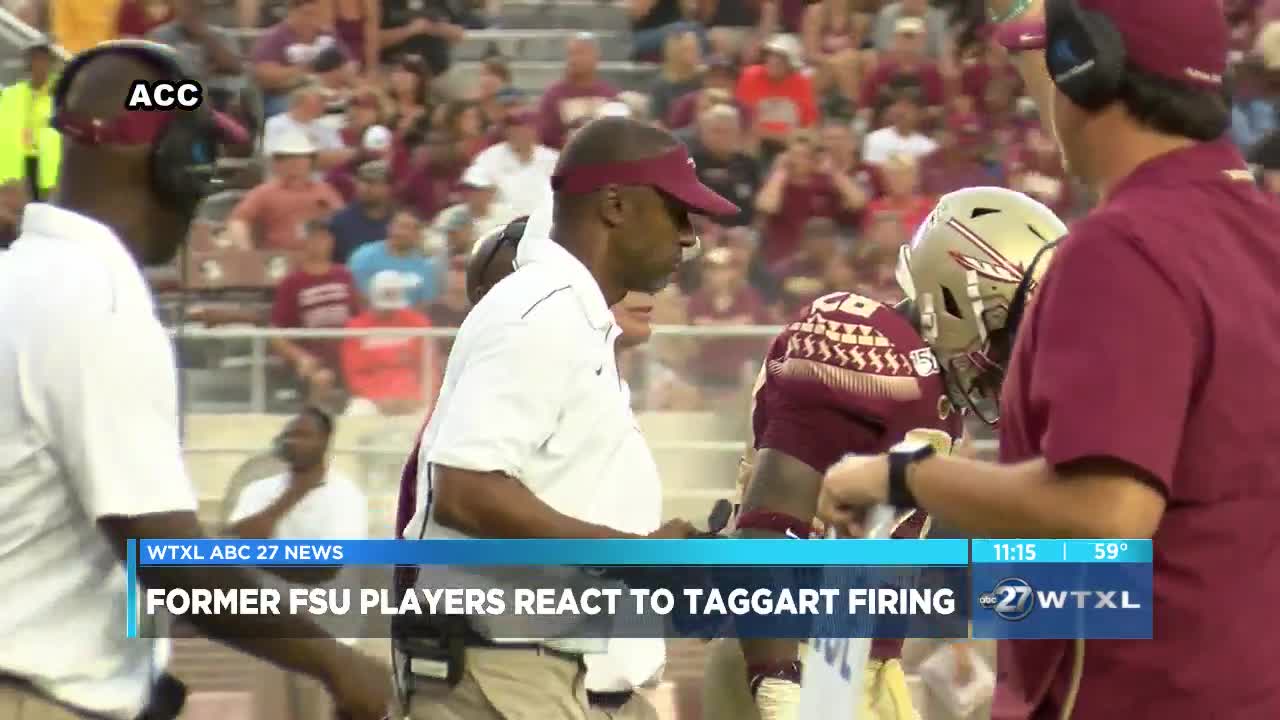 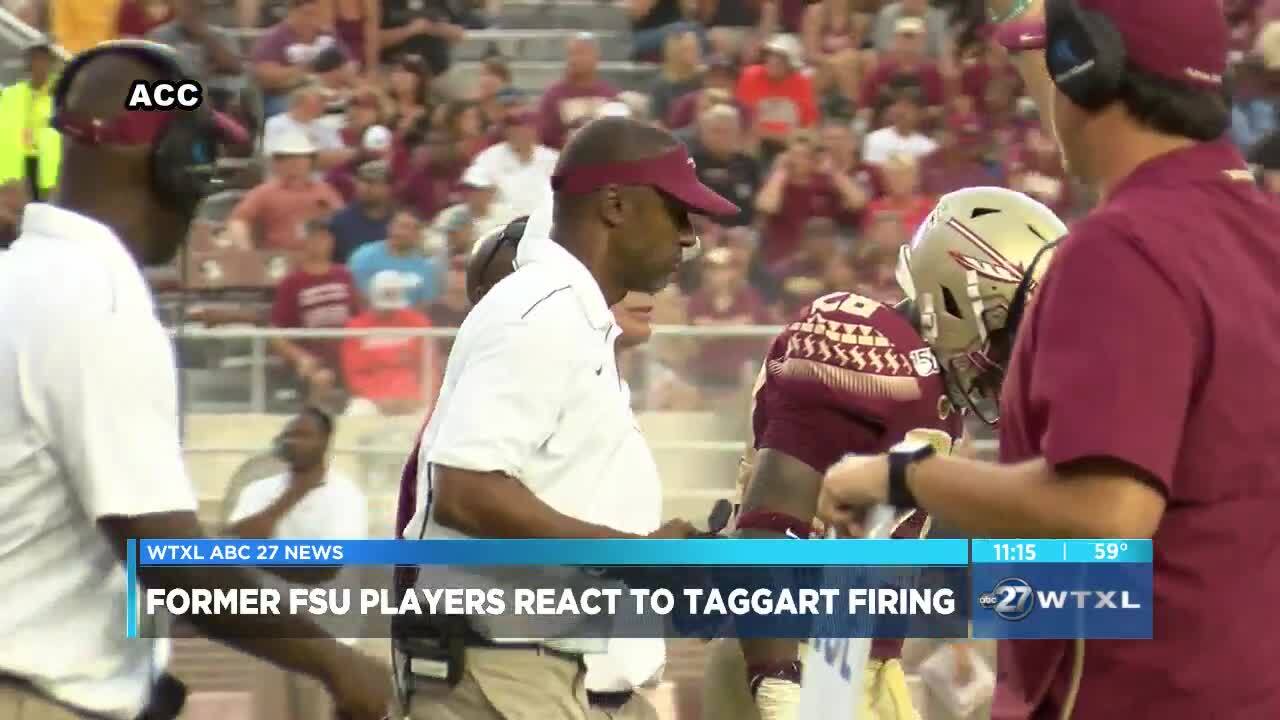 WTXL caught up with two players over the weekend, they say they weren't necessarily shocked.

For Taggart, Florida State was his dream job since he grew up in Florida and was a seminole fan.

Leroy Smith and JR Bryant both played in the earlier 2000s.

"I was thinking they were going to give him an opportunity to at least have the opportunity to make it to a bowl game. Before they fired him," said Leroy Smith.

"Florida State is about tradition and I don't see it right now and I'm not really putting that all on Coach Taggart. But, I just don't see the tradition that we held up," said JR Bryant.

As for who they think could take the head coaching position?

Well-- there are a ton of names being thrown around.

Smith likes Mark Richt, while Bryant rattled off a few names, one being Mark Stoops.