Florida teachers 'Take on Tallahassee' with march, rally at Capitol 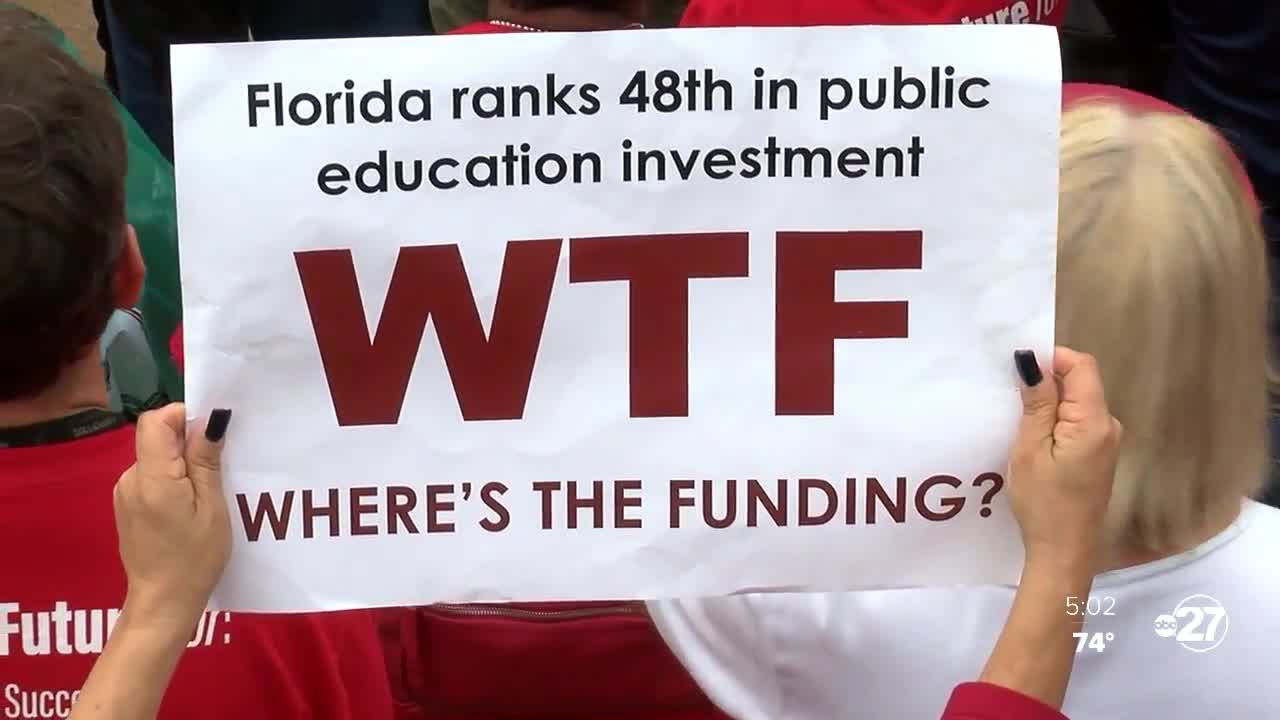 A sea of red shirts descended on the Capitol steps Monday, several thousand teachers and supporters demanding a more than just a pay raise.

The Florida Education Association (FEA) teamed up with faith leaders to hold Monday's "Take on Tallahassee" event. They were not alone, getting support from big name activists like Reverend Al Sharpton.

The FEA is asking for a 10 percent salary increase for all public school teachers. Right now, the starting salary for teachers in Florida is just over $37,000.

The group also wants Pre-kindergarten to be included in public education, removal of term limits for school board members, and smaller class sizes.

Reverend Sharpton talked about the need for better teacher pay to better student success. He also touched on how to recruit new educators and ways to hold onto the ones we already have.

Jesse Sharkey also spoke at Monday's rally. He led the Chicago teachers union to fight for smaller classroom sizes and believes Florida can move in the same direction.

"There's no virtue in being a doormat to the most powerful interests of our society," said Sharkey. "We are being laughed at and walked over by people who can afford to do better."

To help with that 10 percent salary increase, FEA says they need $2.4 billion. But has not said exactly where that money would come from.

The group is doing all of this on the eve of the start of session hoping to get lawmakers attention just in time to do something about it.