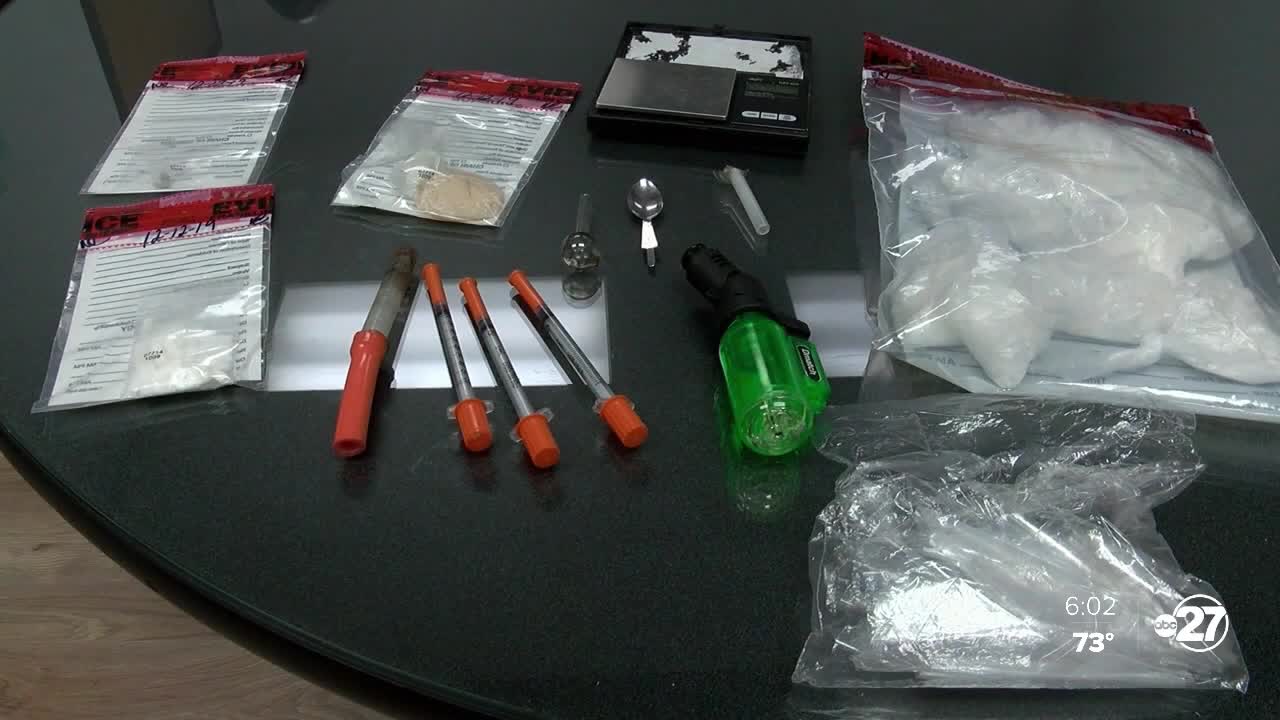 The Florida Sheriff's and Police Associations say they're setting the record straight and clearing up misinformation when it comes to people in jail for drugs.

TALLAHASSEE, Fla. (WTXL) — The Florida Sheriff's and Police Associations say they're setting the record straight and clearing up misinformation when it comes to people in jail for drugs.

For some, drugs are only part of the problem.

On Tuesday, the Florida Sheriffs Association and Florida Police Chiefs Association gathered at the Capitol to address a common misconception: That drug offenders in the state prison are non-violent or low level offenders.

A new report from the organizations show more than 95 percent of people arrested on drug charges are repeat offenders, and over half of them have been convicted of violent crimes.

The group released this information due to the ongoing debate over criminal justice reform.

There are nearly 11,000 people in Florida prisons right now on drug charges. The group says 85 percent of those inmates have committed what they're calling forcible felonies, burglaries or both.

Walton County Sheriff Mike Adkinson says it's important that people know the facts as to why some inmates are not given second chances.

"Eighty-eight percent of those individuals have a history of violent felonies in the past," Adkinson said. "To consider them low-risk is not appropriate. These are things like burglaries, robberies, things of that nature; things that affect every day Floridians' lives."

The associations say they work hard to help rehabilitate inmates. But after dozens of prior arrests they have earned their way back to a prison cell.

Adkinson fully supports working with inmates on their mental health and job training, without losing focus on holding them accountable for the crimes they committed.