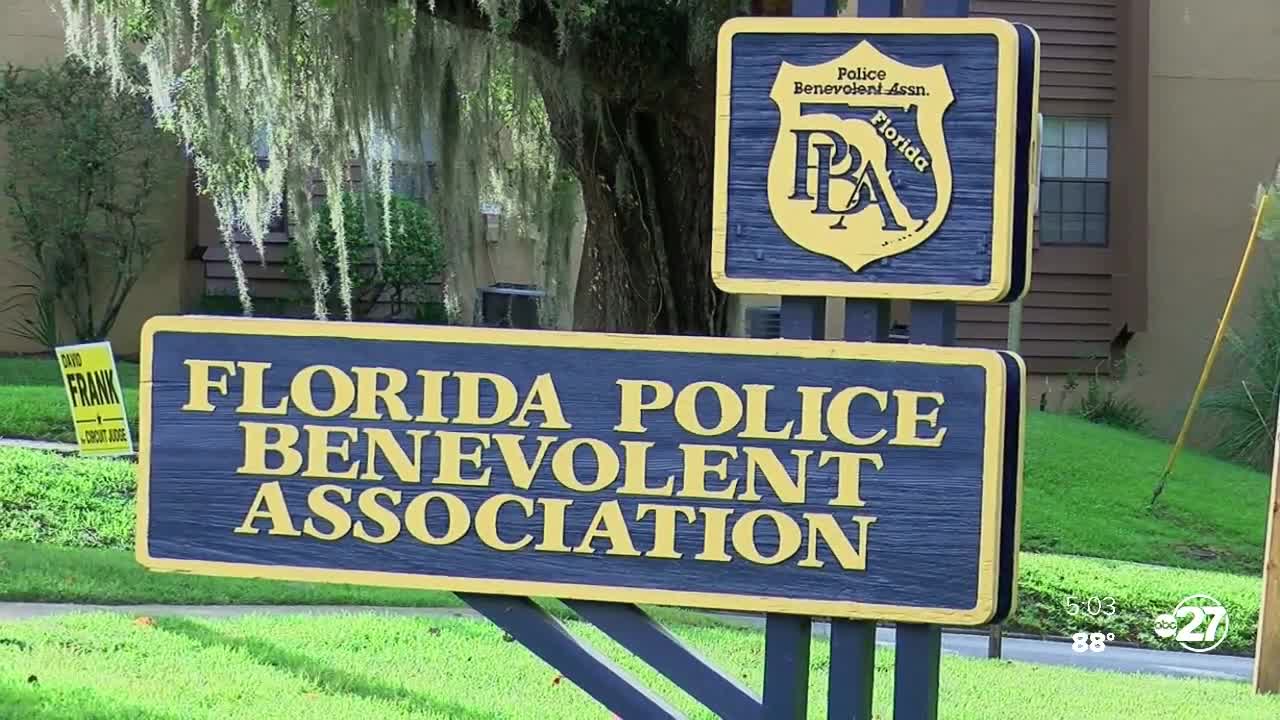 The Florida Police Benevolent Association has filed a motion in Leon County court to withhold the identity of the officer who shot and killed Natosha "Tony" McDade.

TALLAHASSEE, Fla. (WTXL) — The Florida Police Benevolent Association has filed a motion in Leon County court to withhold the identity of the officer who shot and killed Natosha "Tony" McDade.

The 51 page motion, filed Monday by the union representing the officer who killed McDade, claims the officer was "the victim of an aggravated assault with a deadly weapon."

As such, the group contends that the officer's identity should not be released under Marsy's Law. The president of the FPBA's Big Bend chapter, Richard Murphy, shared the following statement with ABC 27:

Our officers have the same rights under Marcy's Law as every other citizen. The officer involved is a victim of an aggravated assault with a firearm on a law enforcement officer. It is unfortunate that the officer and the PBA have to seek a court order to protect the rights of a victimized law enforcement officer, but this is where we find ourselves. The PBA will exhaust every legal resource to uphold the officer's rights under the law.

First Amendment Foundation president, P. Marsh says officers are supposed to serve the public and train for threatening situations, and withholding information goes against the transparency officers swear to uphold.

In the motion, it runs through a 40 page transcript of McDade's Facebook live video posted on May 26.

They claim McDade, who is referred to as a man in the documents, expressed intention to kill five people who had assaulted McDade that same day. The motion also said that McDade didn't want to go back to prison and instead intended to die.

"Just know before I kill myself through a shootout, because that's what's going to happen, because I am going to pull it out, and you know officers nowadays, they see a gun, they just want to shoot," McDade said in the video, according to the motion.

When the unidentified officer, referred to as 'John Doe,' responded to the stabbing call on May 27, FPBA claims the officer was "ambushed" by McDade.

"True to his stated intentions," the motion reads, "McDade produced a firearm which he pointed at [the unidentified officer] from a close range. In self-defense,"

"McDade continued to reach for the firearm after he collapsed to the ground which prompted a fellow officer to kick the firearm away from McDade's reach," the motion states. "As such, [the unidentified officer] was the victim of an aggravated assault with a deadly weapon as defined in Section 784.021, Florida Statute."

Attorneys for FBPA contend that officers are not excluded from protection under Marsy's law, citing a Florida Supreme Court decision that acknowledged that police officers are "persons" who can be victims of a crime and deserve full protection.

They also asserted that the unidentified officer was "threatened by persons who were on scene and there has been ongoing animosity expressed against him on social media since he was forced to defend his own life."

"His fear for his safety is reasonable, especially given the current unrest that has followed in the wake of George Floyd's death in Minneapolis," the motion reads. "As such, one cannot reasonably question [the unidentified officer's] fear that the release of his personal information will give rise to potential harassment of him and/or his family."

That's why they've filed an emergency injection for TPD not to release his name, before the city has to respond to public information requests.