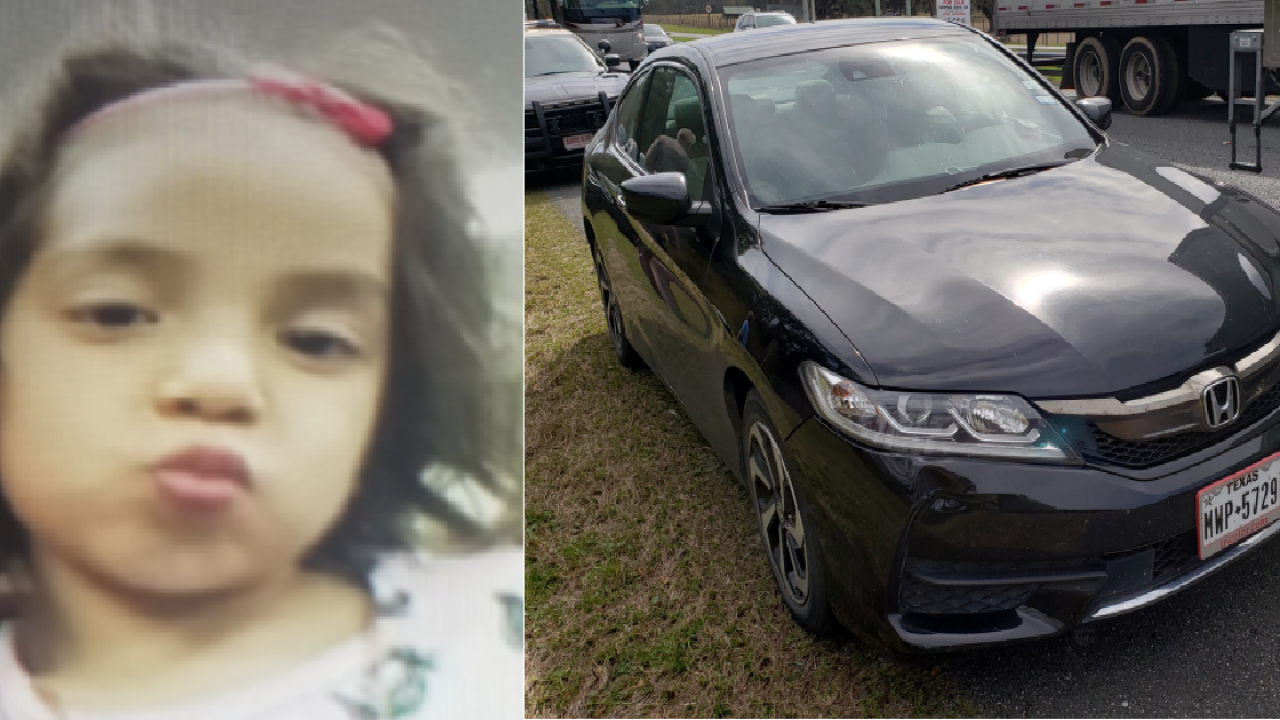 The Florida Department of Law Enforcement sent out an AMBER Alert for Madeline Mejia, 3, who was abducted out of Apopka.

At 11:00 a.m. Monday morning, Trooper Jessie Sunday was actively looking for a black Honda used in the abduction of Madeline from Apopka around 7:00 am. FHP received information that the suspect vehicle might be traveling westbound on I-10, from Apopka Police Department.

FHP says Trooper Sunday spotted a black Honda Accord with Texas plates on I-10 westbound near mile marker 208 in Leon County. Trooper Sunday and other troopers conducted a traffic stop along I-10.

Two suspects were taken into custody without incident and Madeline Mejia was found unharmed.

"This recovery shows the unique relationship that law enforcement has to capture a suspect, in a situation like this," troopers said.

A Florida AMBER Alert has been issued for a 3-year-old girl who was abducted from Apopka, FL.

The Florida Department of Law Enforcement is searching for 3-year-old Madeline Mejia. She was last seen in the area of the 600 block of East Orange Street in Apopka.

Authorities say Madeline was abducted and was last seen in a black two door sedan with Texas plates. The vehicle's windows are lightly tinted.

They say the vehicle is being driven by a white-Hispanic male wearing a blue shirt and jeans. The man has long brown hair and facial hair.

She is described as being a white-Hispanic female around 3'0 tall who weighs approximately 40 lbs. Madeline has brown hair and brown eyes and was last seen wearing a pink shirt, blue jeans and pink shoes.