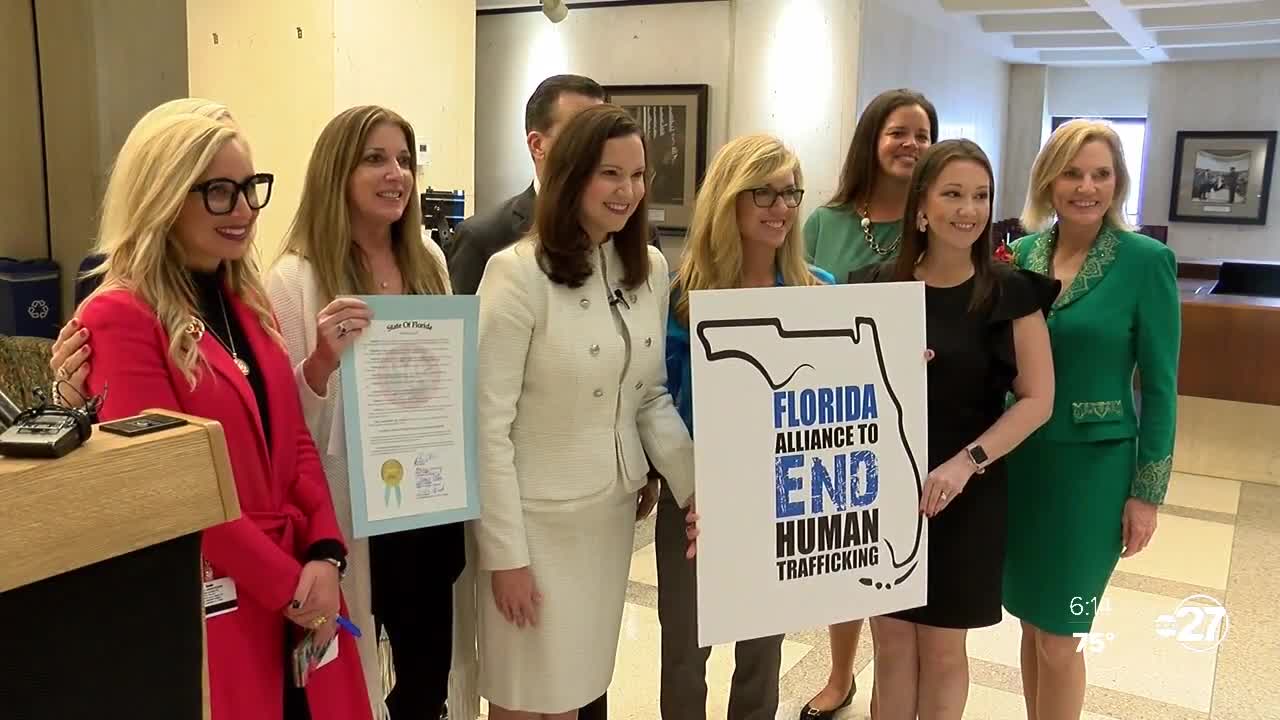 A new statewide organization to help end human trafficking is what Florida officials say will bring awareness right before big events coming to the state of Florida.

TALLAHASSEE, Fla. (WTXL) — A new statewide organization to help end human trafficking is what Florida officials say will bring awareness right before big events coming to the state of Florida.

The goal of the organization is to bring awareness and provide funding towards an increased effort in putting an end to a national crime that still remains constant to this very day.

"It's National Human Trafficking Awareness Month," said Florida Attorney General Ashley Moody. "I can think of no better month... to announce the formal name of the direct support organization that is going to help fund and support our statewide task force that is fighting this form of modern day slavery."

Attorney General Ashley Moody and other state representatives announced the Florida Alliance to End Human Trafficking in efforts to fight an issue that still remains in the United States Tuesday.

"I think the motivation initially behind this statute when this DSO was created was to help fund our statewide effort," Moody said.

An effort that’s a daily fight for local non-profits like Survive and Thrive Advocacy Center (STAC).

"Nonprofits that are specifically missioned to end human trafficking... as well as industry," Moody explained. "You heard me today talk about Uber, the hotel industry, the trucking association, all who have been actively engaged wanting to help, wanting to help educate their members because they've seen the success that when their members know what to look for rescuing victims and bringing the attention to law enforcement what they need to go after."

Bringing that awareness through organizations of all platforms is what Moody says will help reduce the number of victims going forward.