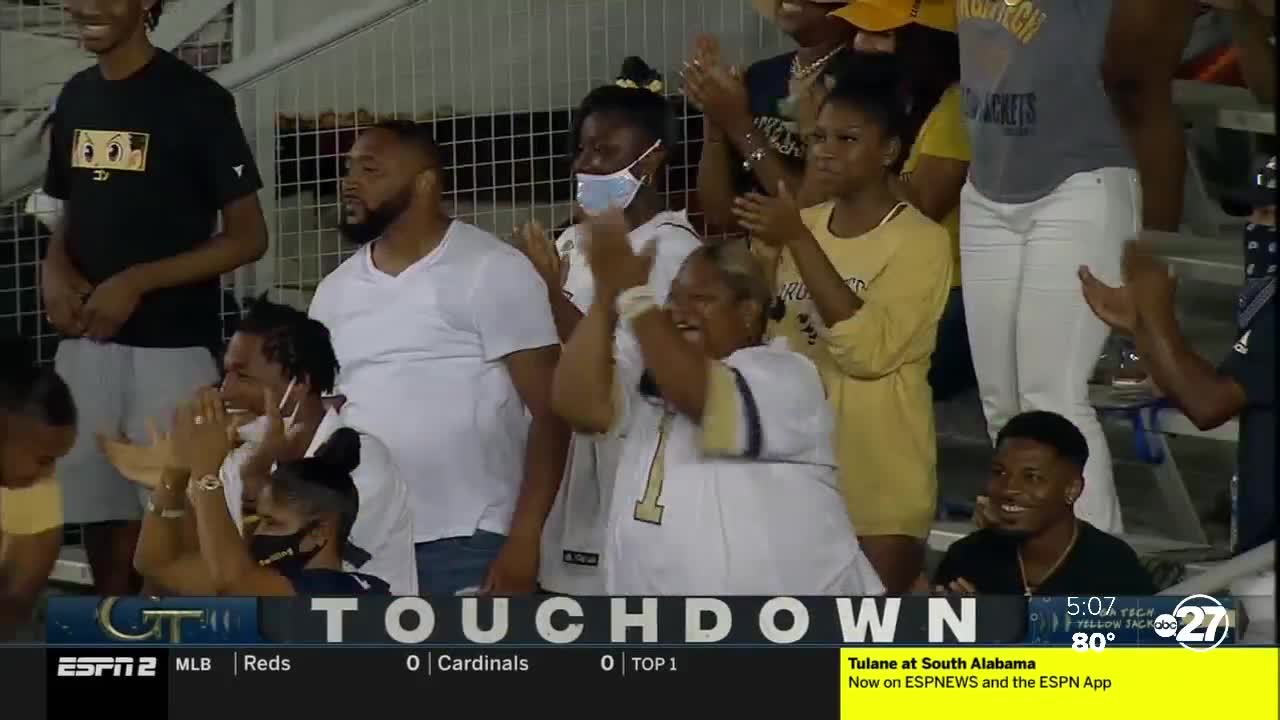 Close to 18,000 fans poured into Doak Campbell Stadium Saturday to watch Florida state's 2020 debut, but the lack of mask-wearing by fans ended up being the big story after the final whistle blew.

TALLAHASSEE, Fla. (WTXL) — Close to 18,000 fans poured into Doak Campbell Stadium Saturday to watch Florida state's 2020 debut, but the lack of mask-wearing by fans ended up being the big story after the final whistle blew.

Athletic Director David Coburn issued a statement Saturday after pictures surfaced on social media about the lack of mask-wearing during the 2020 season opener, saying:

"We were disappointed with some fans, particularly some student fans, at the Georgia Tech football game who did not comply with our policies regarding social distancing and wearing masks while in their seats.

There was ample room for all fans to remain safely distanced. We have three weeks until our next home game, and we will re-double our efforts to both inform our patrons and improve compliance with the new rules."

Florida State has a bye week this week and they'll use that time to focus on improving.

Head coach Mike Norvell said this program is not yet consistent enough. There was miscommunication, critical penalties, and turnovers but he's confident in some aspects of the game. Now it's just about responding and getting better.

"Obviously not the way we wanted to begin," said Norvell. "I thought our guys came out with a great deal of energy. We were able to move the ball early but as the course of the game went, we really struggled to sustain drives and lacked the explosive play, which is something we need to be able to have."

Florida State faces Miami on the road on September 26. That game has a 7:30 p.m. kickoff and you can watch it on ABC 27.