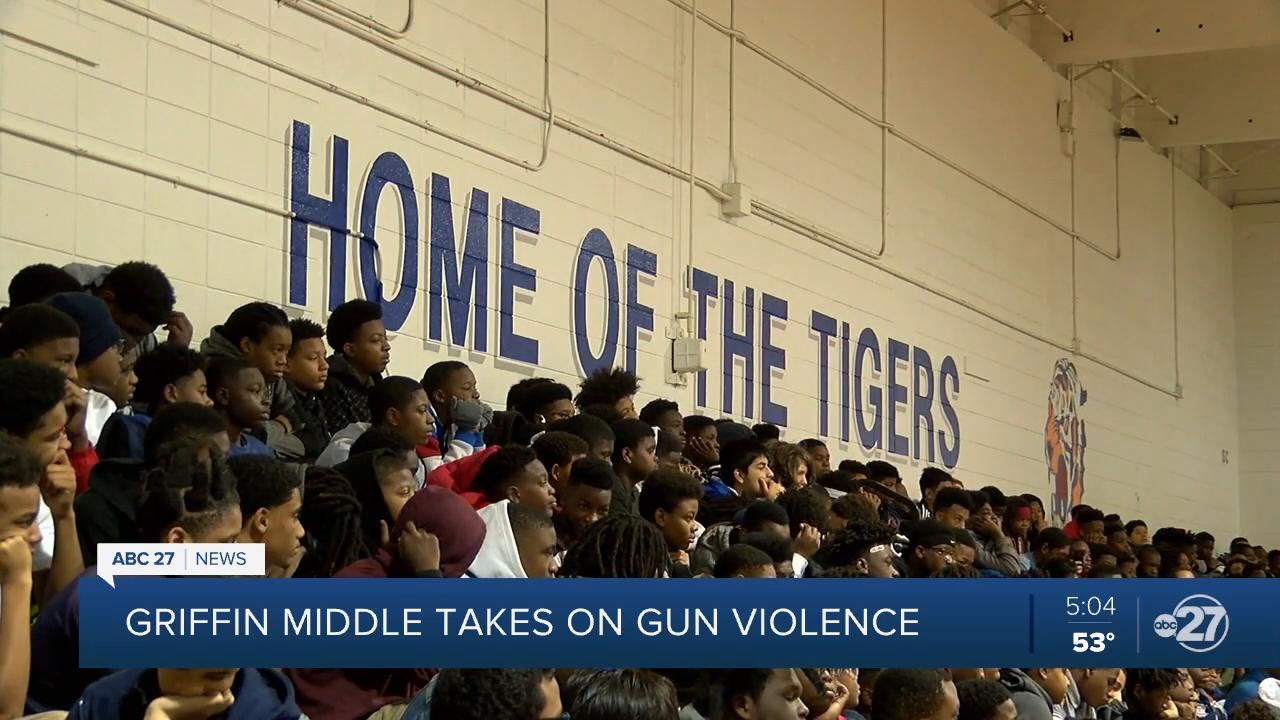 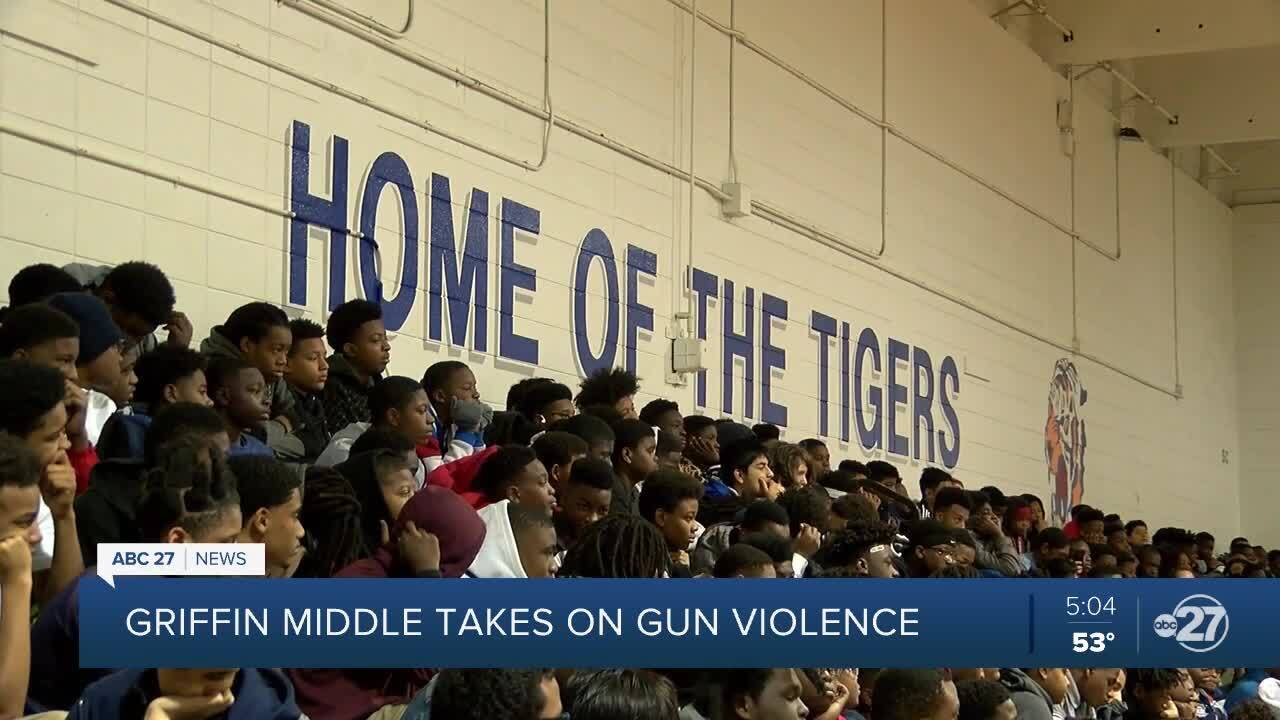 TALLAHASSEE, Fla. (WTXL) — It's a sad scene that seems to keeping playing out over and over again: One death after another because of gun violence.

Monday, the school held a gun violence awareness event. Students heard from people throughout the community about why they shouldn't follow in a life of crime and violence.

"It broke me down mentally and physically," said Keelen Korey, a Griffin Middle School student. "I didn't know what to do."

Keelen Korey is only 13 years old, yet he's already said goodbye to two of his friends in the last month.

"Omarion James was like a brother to me," said Korey. "Trent was such a goofy person. He always had a smile on his face."

Both young men were shot and killed while leaving the fair.

"I lost a best friend to some similar circumstances," said Willie Simmons, the head football coach of FAMU's football team.

Florida A&M head football coach Willie Simmons was there when the shooting happened.

"But to witness a couple young men take their last breaths before being carted off the hospital, it's a life changing experience," said Simmons. "It's something that I hope no one here has to witness."

That tragedy and other shootings involving teenagers caused Keelen and Willie's paths to cross.

"I think it's important that we start right here in the area that a lot of this is going on. In the Griffin area," Simmons explained. "This is the impressionable youth. The middle schoolers that will soon be high schoolers."

During their gun violence awareness event, Griffin Middle pulled every young man out of class to talk to them about the violence happening right in there faces. Two hours of hearing from Coach Simmons, Rocky Hanna and the mother of a gun violence victim put into perspective the consequences behind picking up a gun.

"I feel like a better man. I learned about life lessons," Korey said. "Like he said, when I walk out the door, I can get hit at any time. You think about it like, 'What can I do to make my community and my life change?'"