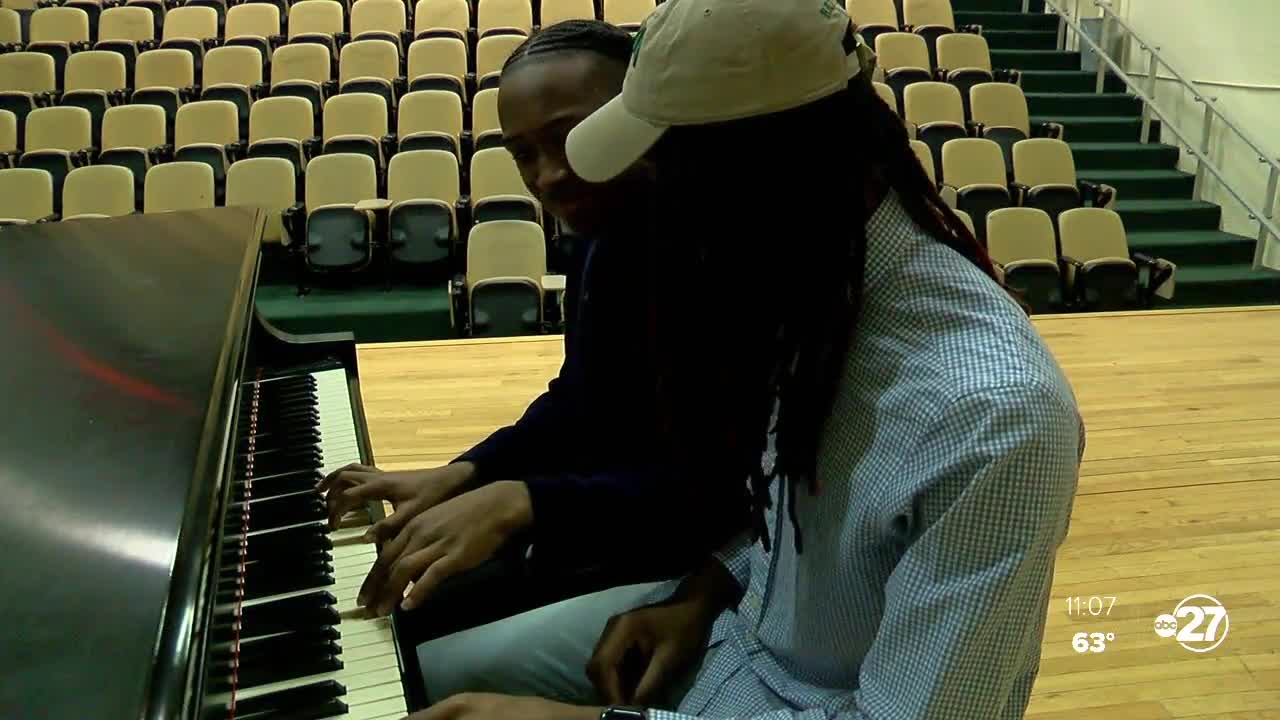 The FAMU Concert Choir received news Tuesday, that, for their safety, the trip to Carnegie Hall would not happen.

TALLAHASSEE, Fla. (WTXL) — The FAMU Concert Choir received news Tuesday, that, for their safety, the trip to Carnegie Hall would not happen.

Members of the choir say even though they wont make their debut next month they're optimistic their time on the historic stage will come.

It's been months of preparation.

Ja'wan Footman is a transfer student and assistant bass section leader for the Concert Choir.

"This is something that's you know, top notch," Footman said.

Tuesday afternoon, Footman and his classmates got news they were not expecting.

"Everybody was just sad you know," Kimani Jackson said. "Tears. And it's natural because we've been working really hard."

Their much awaited trip to perform at Carnegie Hall on April 6, canceled because of the coronavirus.

In response to the growing pandemic, the university stopped all international and domestic travel.

Jackson says it's been a long road to get the funds to go. The community, along with the university, rallied to make it happen.

"A lot has went into this," said Jackson. "There's been a lot of fundraising, and a lot of work to get us there. People around have been donating and trying to get us there and believing in us."

The choir was scheduled to be at the American Choral Directors Association Conference tomorrow, under the leadership of their director Dr. Mark Butler. That, too, was canceled.

Despite being disappointed, students understand it's for their safety and appreciate the measures university staff are taking.

"I love the fact that they have a great support system for us," Footman said.

And even though they are not going when they expected, they have hope that it will happen soon.

"It may not happen when we thought it would happen," said Jackson, "but we're praying and we're hopeful that it will still happen."

The students said they will still be learning and practicing their music during the two weeks they wont be on campus to be ready when Carnegie calls.