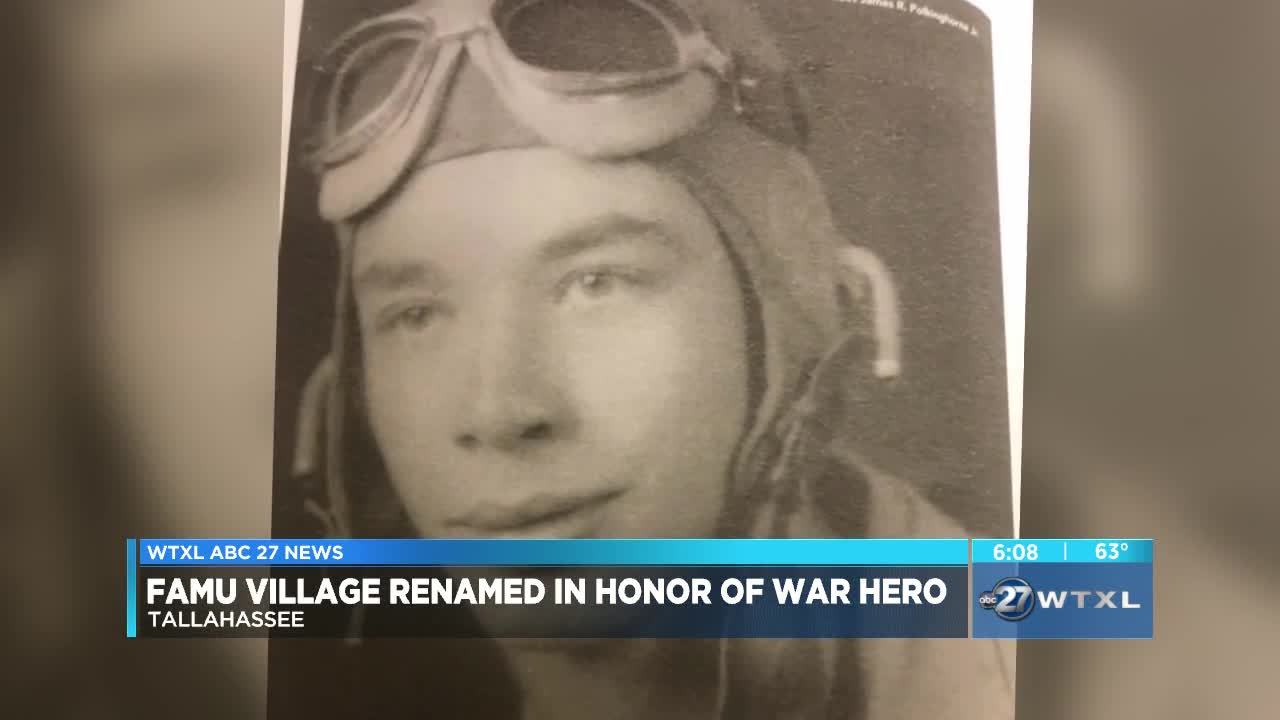 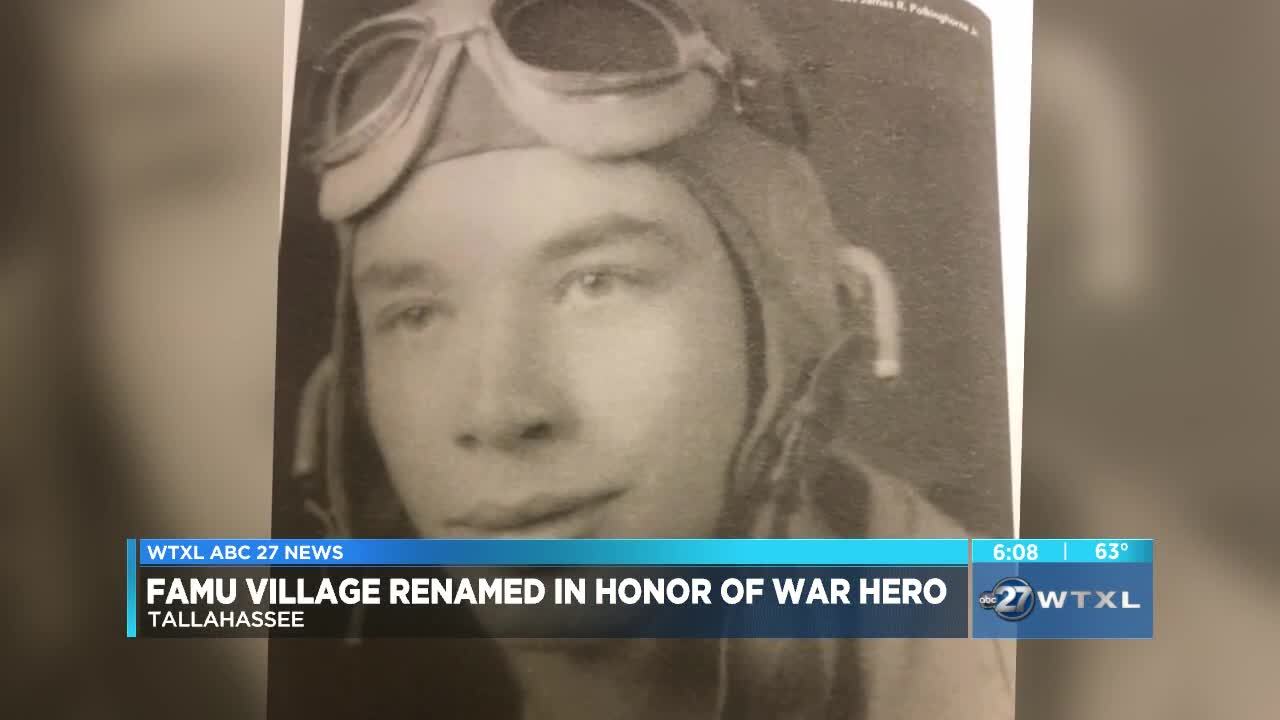 TALLAHASSEE, Fla. — Lt. James R. Polkinghorne, a World War II war hero and former FAMU Rattler is being honored once again at the school he attended before joining the war in 1944.

He graduated from Tuskegee Army Airfield and became a leader of a flight squadron. He was on a mission in Italy when his plane was shot down.

He died in combat and later received the Purple Heart. After his death, his legacy still lived on when the university named the original Villages Housing Complex in his name, but it was condemned a few years ago.

His sister, Maggie Wilson, who was just a toddler at the original naming of the residence hall in the 1940s, shared with us how important this moment was for her.

"Well right now I'm just thrilled. I'm overwhelmed because I didn't know what to expect especially when I saw the building with name up there it brought tears to my eyes just to think about my brother who lost his life at such an early age," said Wilson.