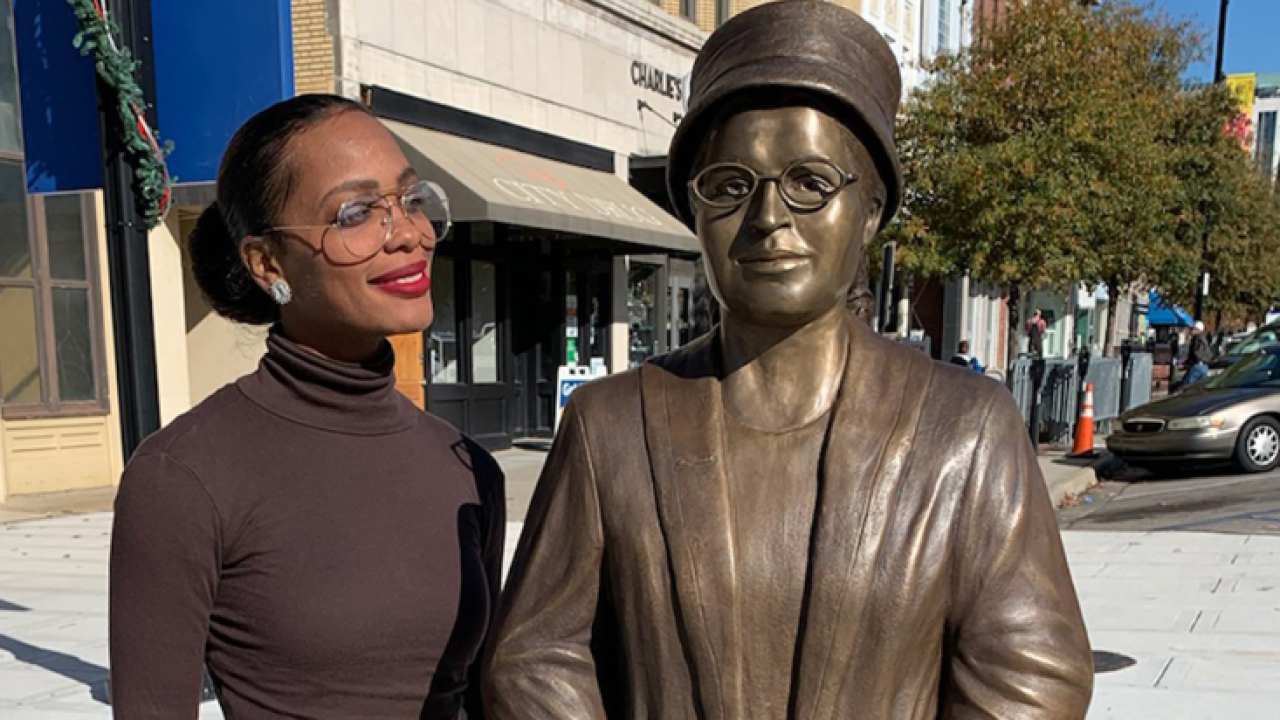 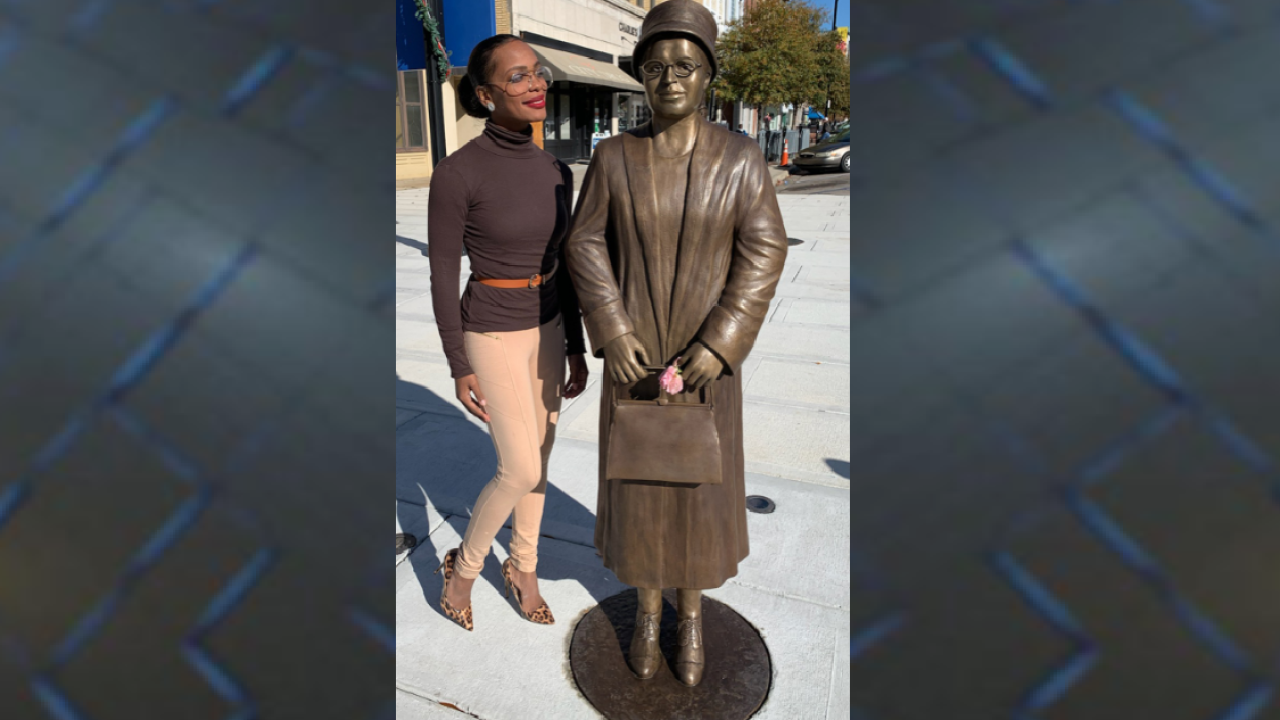 It was to honor the 64th anniversary of the day Parks was arrested for refusing to give up her seat on a segregated bus.

A former Miss FAMU, Dr. Kimberly Brown Pellum, was the model for a sculpture of Parks, whose act of civil disobedience sparked the yearlong Montgomery Bus Boycott.

“It was a tremendous honor,” said Pellum. “I really can’t put into words what it means for me.”

An assistant professor of history in the College of Social Sciences, Arts and Humanities, Pellum was working at the Rosa Parks Museum at Troy University in Montgomery last summer when sculptor Clydetta Fulmer asked Museum Director Dr. Felicia Bell, to recommend a model to help her create a monument to honor the late civil rights icon.

Fulmer needed a model who was the approximate age of Parks at the time of the 1955 bus boycott. The woman also needed to be at least 5'3", but it would be helpful if she were a little taller and shared Parks’ general description. Pellum fit the description.

“It was really special,” Pellum said. “I was born and raised in Montgomery. Mrs. Park was central to my learning experiences as a child.”

Serving as the model for the sculpture will have a profound impact on Pellum’s work inside and outside the classroom.