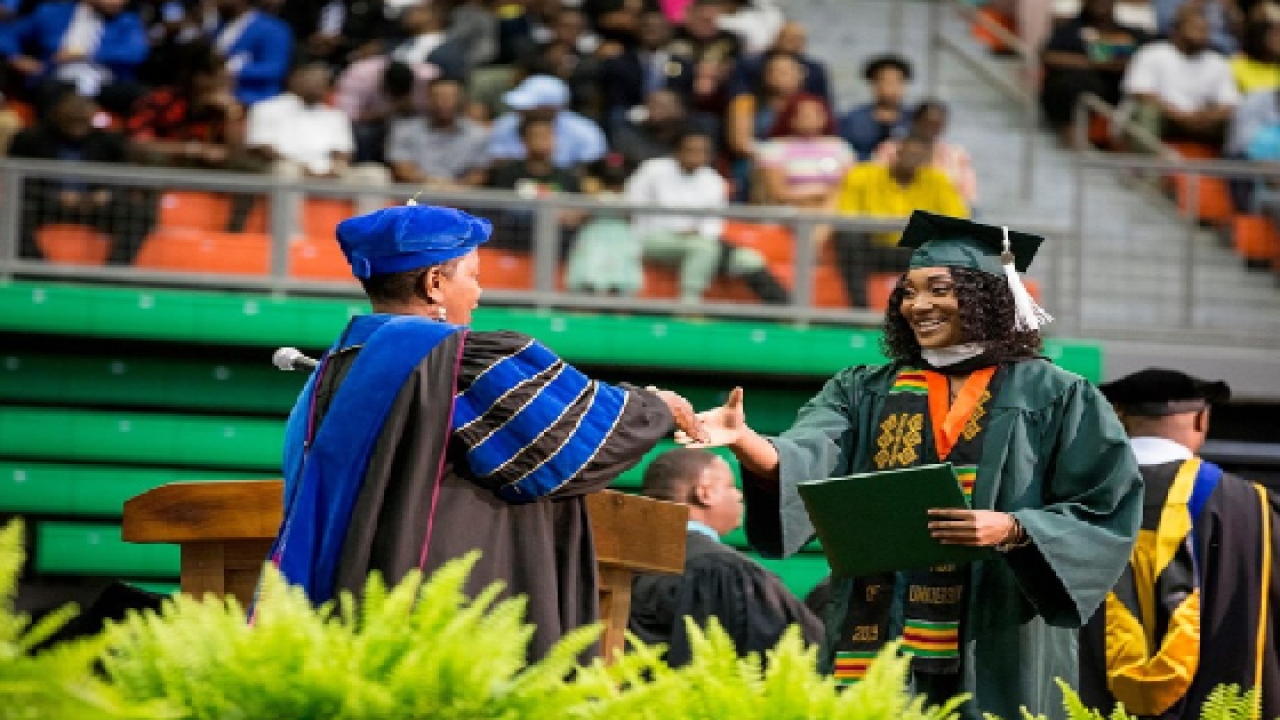 TALLAHASSEE, Fla. — Florida A&M University maintained its ranking as the No. 2 public historically black college and university (HBCU) and moved up two slots to No. 7 to remain among the top 10 public and private HBCUs in the nation.

FAMU also placed higher than any other public HBCU on the list of national universities. FAMU has seen increases in student success outcomes, including graduation and retention rates and out-of-pocket costs to students.

The rankings are for prospective students and families starting their college search.

Among the institutions evaluated, FAMU ranked 45th in social mobility, which reflects the number of Pell Grant recipients who completed their education.

The latest ranking news comes as FAMU has recorded the highest GPA (3.58) for entering freshmen as part of the university’s push to attract more high-achieving students and transfer students who can graduate in four years on their way to successful careers and making significant impacts in the community.

FAMU’s six-year graduation rate is also up to 50 percent.

Currently under construction is a new 700-bed residence hall and an 80,000-square-foot student services building, which will contribute to creating an environment that will enhance student success. These facilities are slated to open next fall.

Additionally, earlier this year, the university received $13.7 million in performance funding dollars from the Florida Board of Governors for meeting a variety of metrics.

That money will be used to hire advisers for freshmen and expand other retention and student success initiatives.