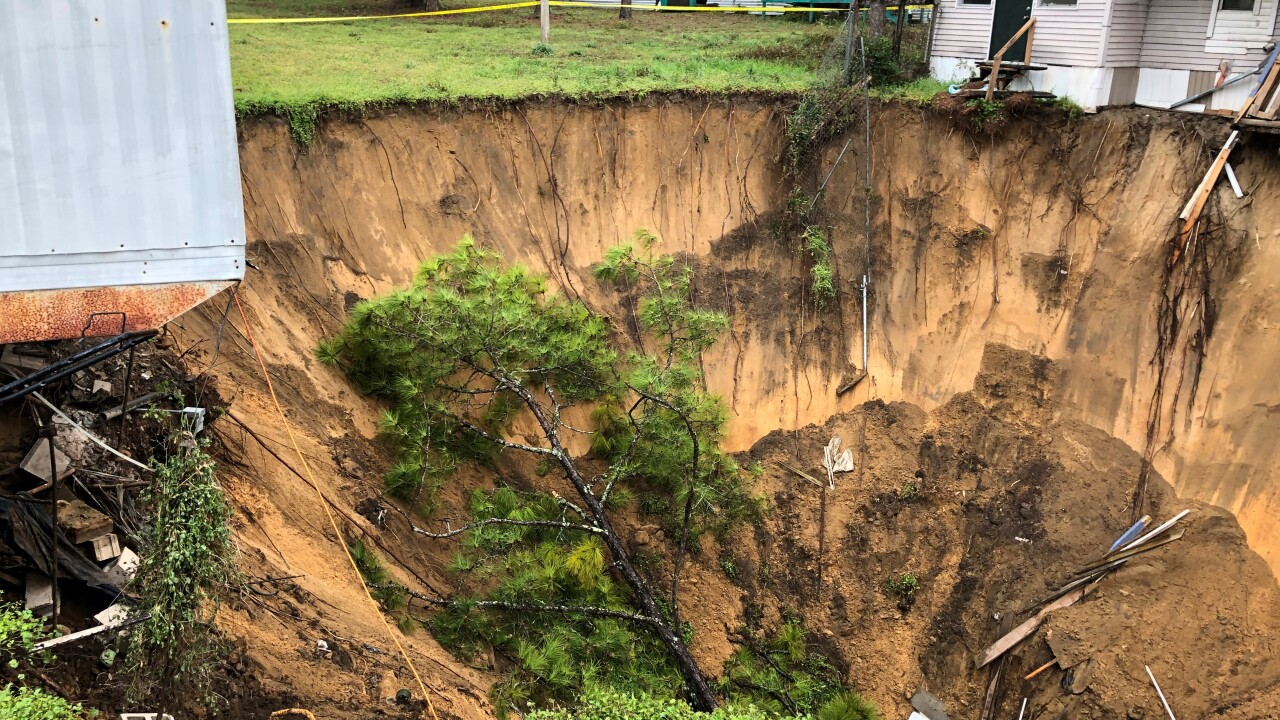 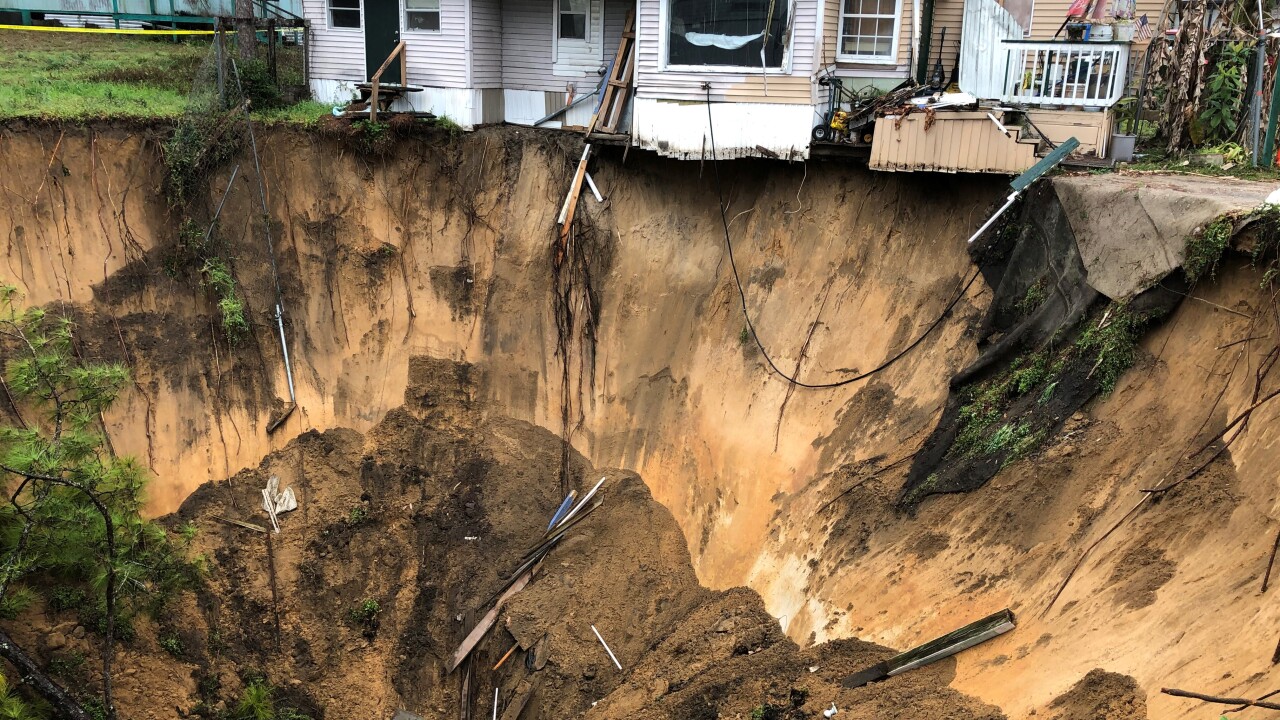 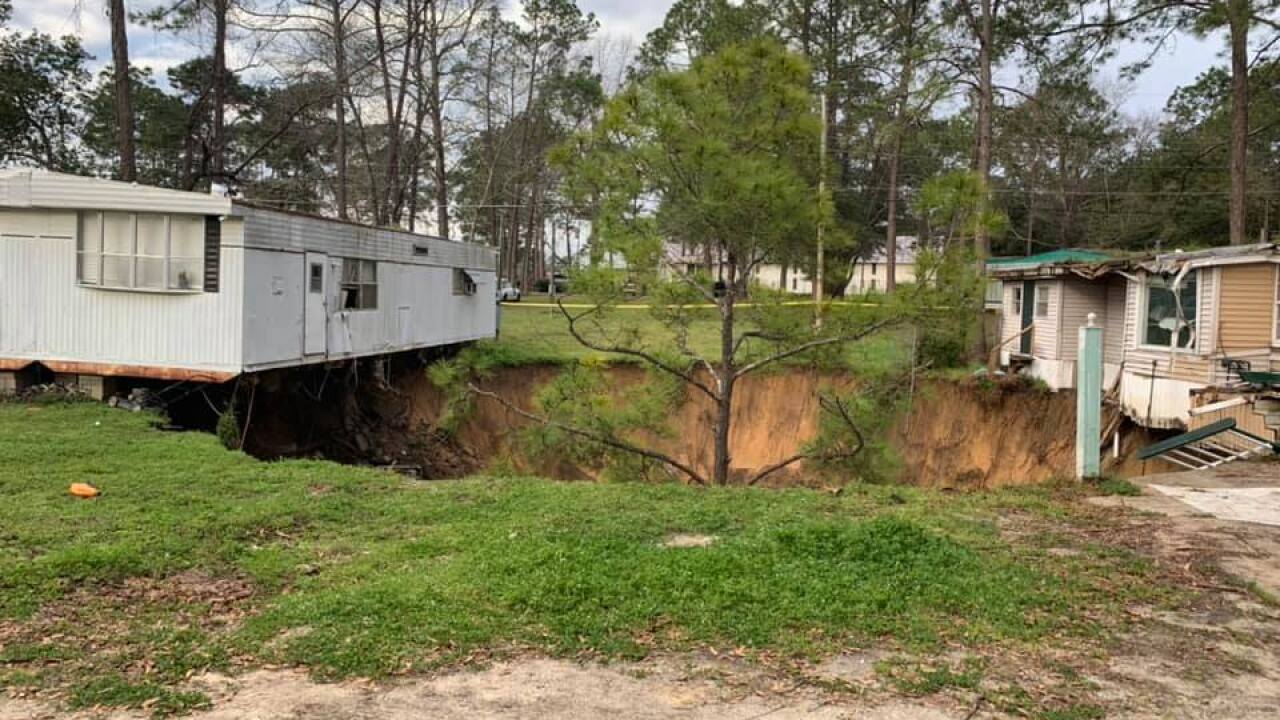 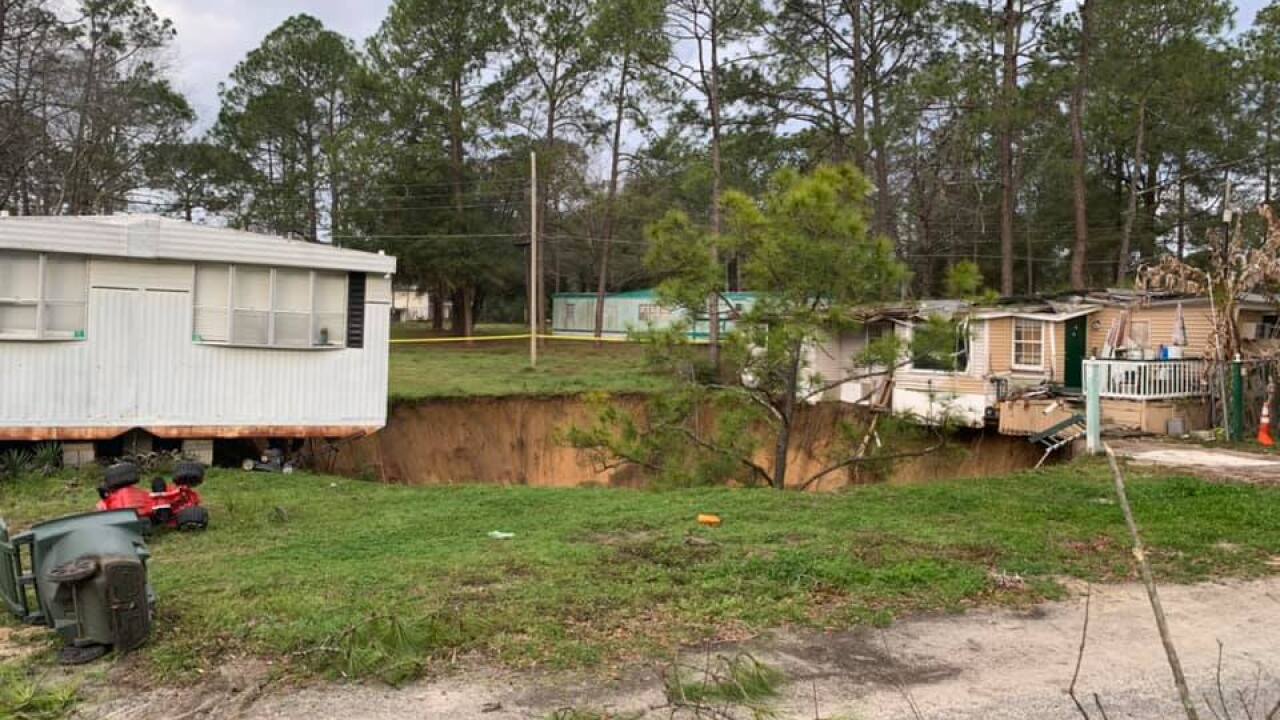 Barker discovered it when he arrived at work the next morning and says the sinkhole is located right next to the auto shop.

Luckily, no one was injured.

Authorities are currently on scene and say the hole is active and expanding.

The Tallahassee Fire Department told ABC 27 that the mobile homes are at risk of falling inside.

SINKHOLE IN TALLAHASSEE: @JadaEWilliams is getting a closer look at the massive sinkhole that's threatening to take out at least one Tallahassee home. What we know: https://t.co/9a15YctEDG pic.twitter.com/iYh9r15Lxi

This is a developing story. We have a reporter on the scene. Stay with ABC 27 for updates.