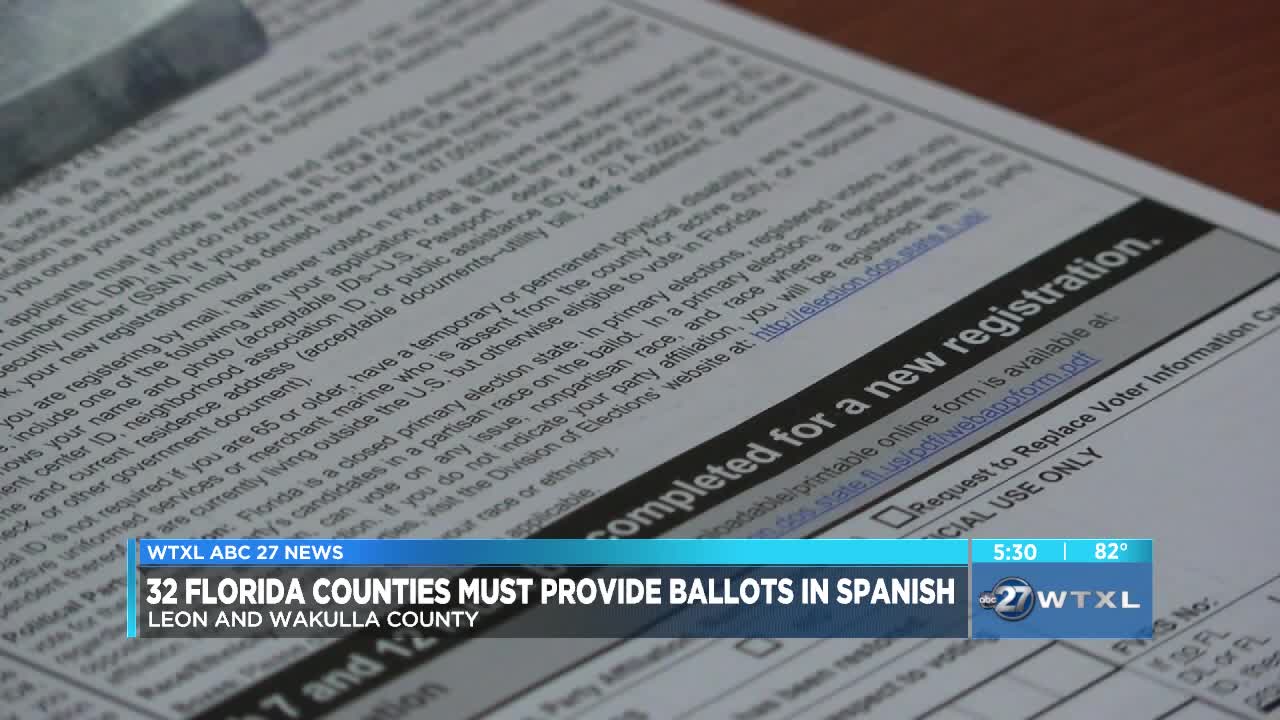 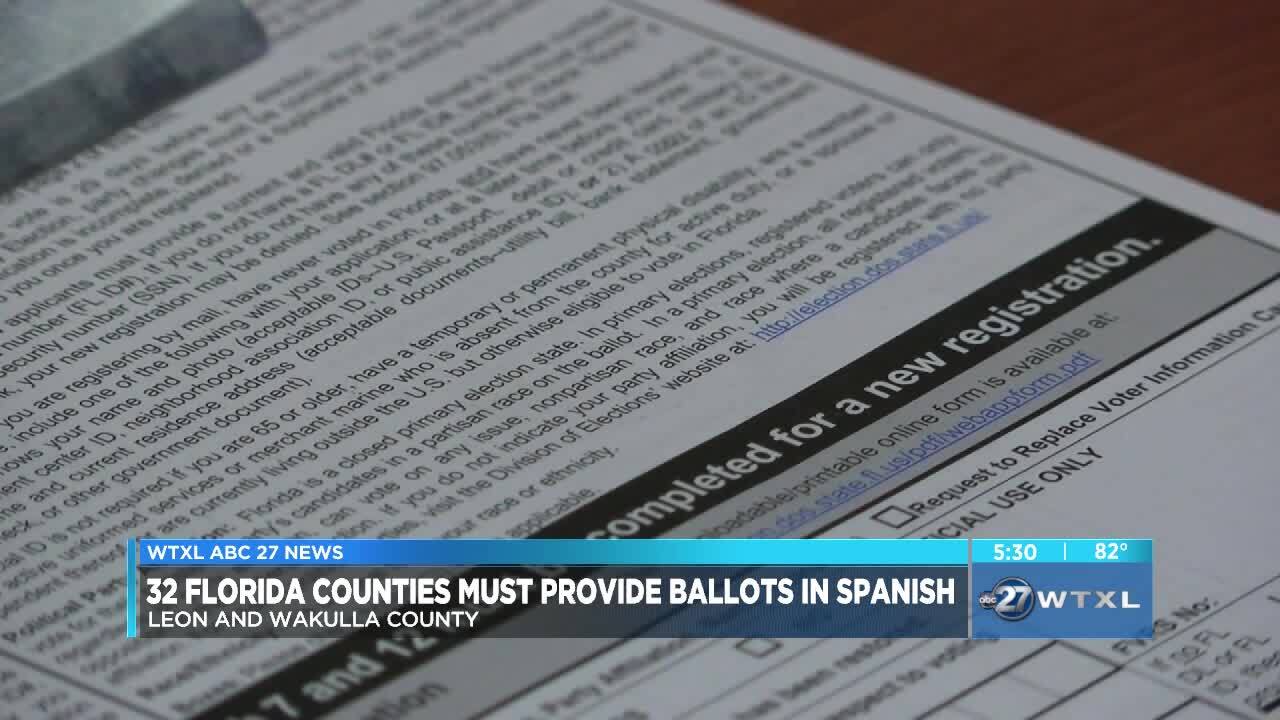 LEON COUNTY, Fla. (WTXL) — A federal judge has ruled that 32 Florida counties, including Leon and Wakulla County, must provide ballots in Spanish, beginning with the presidential primary election in March of next year.

This is great news for those of the Spanish and Hispanic heritage.

WTXL's Stephanie Rank spoke to one woman who says that sometimes people know how to speak a little bit of English, but they cannot read or write in English. So having dual paperwork is an insurance that they can let their voices be heard when they vote.

The ruling focuses on the influx of Puerto Rican voters who were educated in schools where the predominant language was not English.

Early adds that he thinks soon the entire state of Florida will have Spanish ballots available.