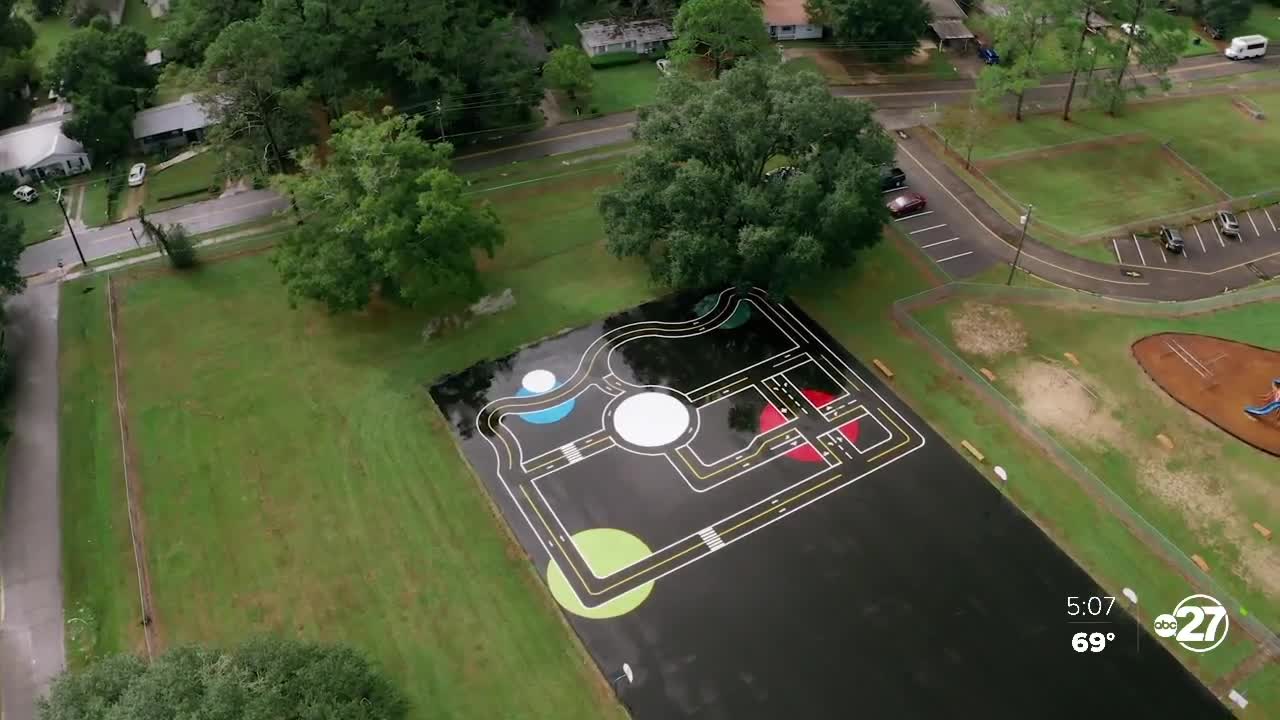 The Knight Creative Communities Institute Community Catalyst team has come up with a new way to help keep kids off the streets while they're young and help them navigate those same streets safely when they're ready.

TALLAHASSEE, Fla. (WTXL) — The Knight Creative Communities Institute Community Catalyst team has come up with a new way to help keep kids off the streets while they're young and help them navigate those same streets safely when they're ready.

What once was a cracked and weather-worn basketball court has been transformed into a safe haven for cycling kids in the Sabal Palm neighborhood.

The Community Partnership school serves more than 500 students and focuses on removing barriers to learning, like community safety concerns.

"Really, the idea behind this park is that education begins early," said Patrick O'Bryant with Community Catalyst. "We want to create a safer community, but we have to start by teaching our children. So we really hope that this park serves as a means of teaching kids that at Sable Palm and around his neighborhood valuable road cycling safety skills."

"Really in our area, we do have sidewalks here, but really there's not a safe place for them to kind of ride up and down the street," said Anicia Robinson, the principal at Sabal Palm Elementary School. "They have certain parts of the neighborhood. You may have certain parts of the neighborhood around the school, but this will keep them in a safe environment."

"Well, our road is like rough with rocks, so it's kind of bumpy," Carter Nixon said.

He also says the bike park is already reaching its goal of turning young cyclists into better drivers.

"I'm learning how to make sure that I don't run into people and not backing up," said Carter Nixon. "Because if I back up sometimes, they will hit me."

The bike path is something Community Catalyst Bo Courtenay says he can see the benefit in for years to come.

"I've been both a bike rider and someone riding in a car behind a bicycle," Courtenay said. "And someone who knows the rules of the road on a bicycle is a much better bike rider than someone who doesn't. Someone who cuts in front of a stop sign or something or makes turns when they're not supposed to often leads to tragic results, so hopefully again with the area like this, we can teach them young."

An anonymous donor also gifted Sabal Palm with more than 20 free bikes to make sure students could utilize the park during gym classes.

The educational bike park is also open for community use.