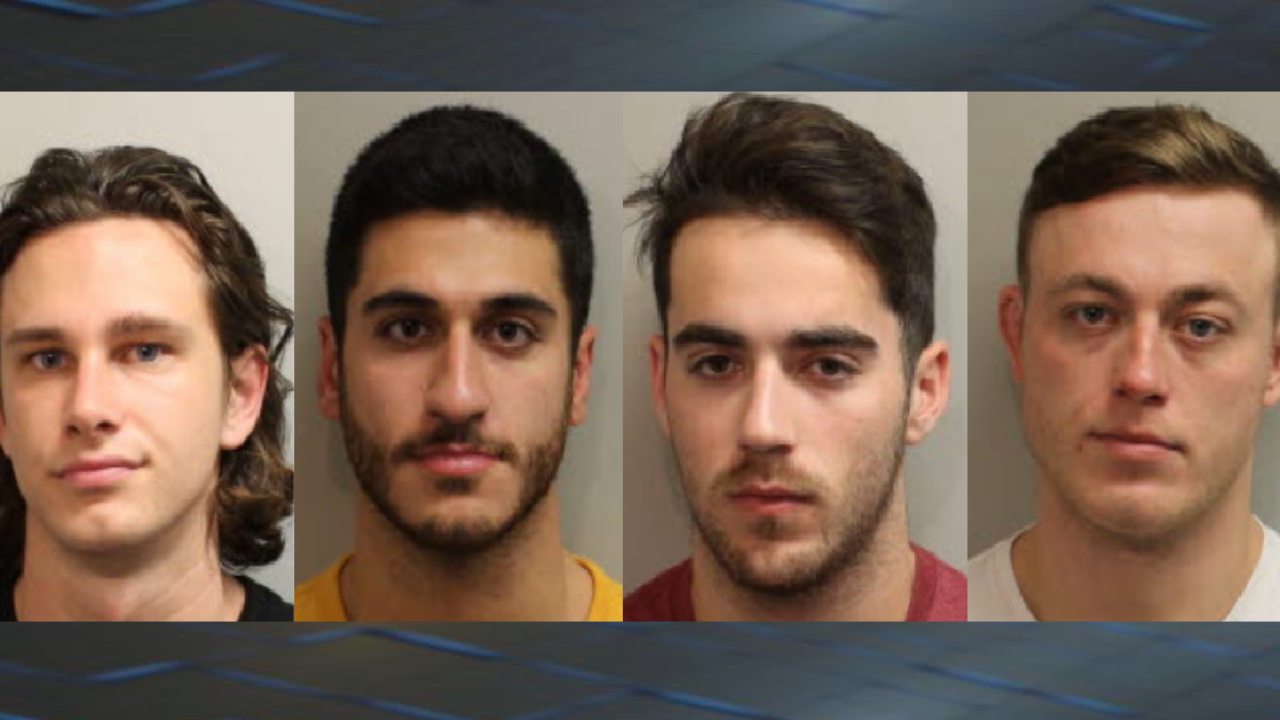 Omeed Farajzadeh, the president of Delta Tau Delta, Zachary Bernstein, the fraternity's treasurer, along with two other men, Kiahlin Redish and Brett Pittman, are accused of hazing 45 pledges during their first chapter meeting and during a period of three days in October.

The national chapter of Delta Tau Delta suspended FSU's chapter of the fraternity on September 27. The chapter was listed as on "restricted status" on FSU’s Office of Fraternity and Sorority Life’s Organizational Scorecard as of Tuesday.

According to a probable cause document, investigators interviewed 45 pledges between Oct. 21 and Oct. 31. The pledges told investigators that on Sept. 22, they had their first chapter meeting at Delta Tau Delta's fraternity house on South Copeland Street.

While at the meeting, pledges say they were subjected to punching, slapping and tackling from Farajzadeh, Bernstein and Redish, who was referred to by pledges as "Sir."

"While Redish was speaking, Brothers surrounding the Pledges were pushing Pledges over, placing beer cans and water bottles on pledges' heads and telling them to balance them, tying Pledges neck ties together ... sunflower seeds were spit on Pledges, cigarettes were ashed on Pledges, and Brothers were telling Pledges to stand up and interrupt Redish as he was speaking," documents read.

After the meeting pledges were allowed to leave, but not before giving their FSUID and passwords to the academic chair.

On Oct. 23, documents say pledges returned to the frat house at 8 a.m. for chores, which included cleaning the house, doing frat brothers' laundry, buying frat brothers' food and driving them places. During a three day stint, pledges say they were forced to make "human pyramids" and sing songs.

Both Redish and Pittman are also accused of assaulting pledges during the three day stint.

While the pledges were able to leave for class and get food during the three day period, pledges told investigators they were "physically and mentally exhausted from all of the work at the house and some Pledges were having issues in classes due to them not being able to study enough."

Because Farajzadeh, Bernstein, Pittman and Redish were mentioned multiple times by name, investigators found probable cause to charge all four with hazing.

“As I have said many times before, FSU does not and will not tolerate hazing of any kind. We are extremely concerned and disappointed by these fraternity arrests, but we’re pleased to see people are reporting hazing and other unsafe behavior. The changes we have implemented are taking hold and the future of the Greek system at FSU is in the hands of its members and advisers. Now, it’s important to let due process run its course in this case.”