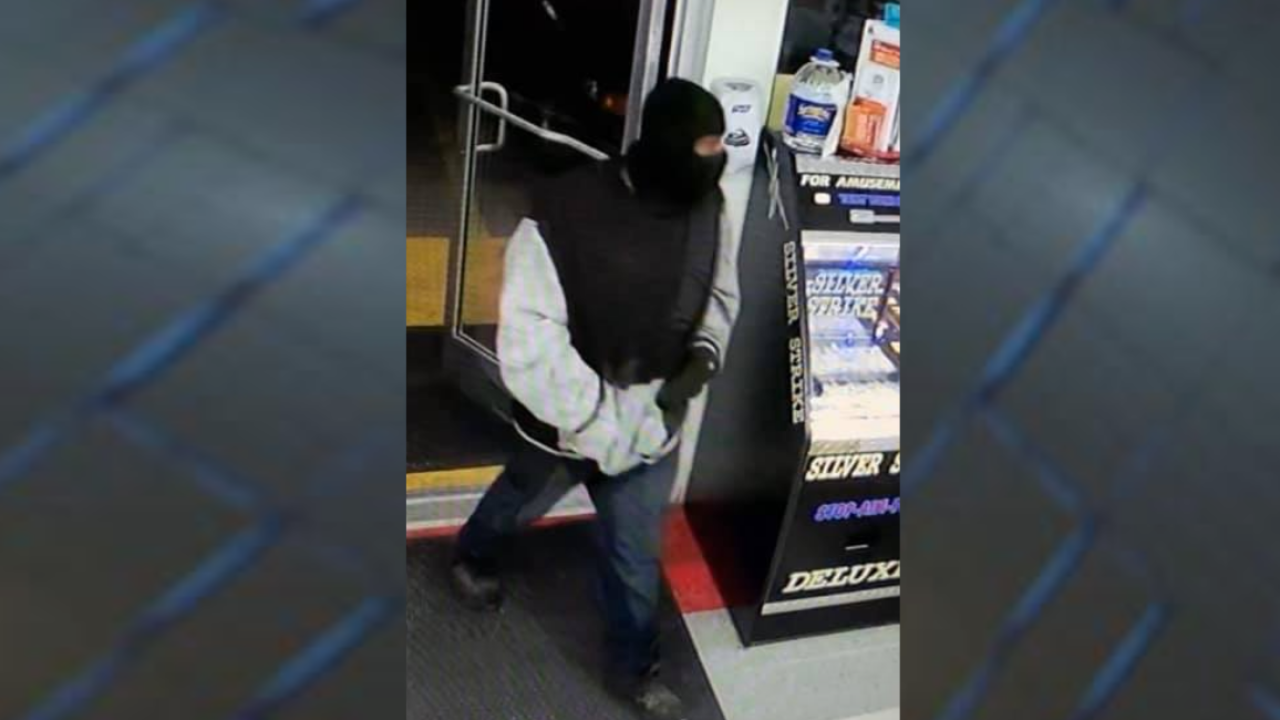 JACKSON COUNTY, Fla. (WTXL) — Deputies are asking for help in locating a suspect connected to a convenience store robbery in Jackson County.

The Jackson County Sheriff's Office says they received a 911 call of an armed robbery that occurred at the Kmee Convenience Store in Campbellton on Wednesday night.

When deputies arrived on scene, the clerk told them that a suspect wearing a ski mask entered the store and demanded money.

The clerk went on to tell deputies that the suspect was wearing a dark colored hoodie style jacket with black and white colors on the sleeves and stomach.

The store clerk complied with the suspects demands and once he obtained the money, he ran from the store.

Deputies say the suspect then entered a small SUV style vehicle that was parked across the street and fled the area.

The suspect is described as a black male, approximately 5’09 and between 200-225 pounds.