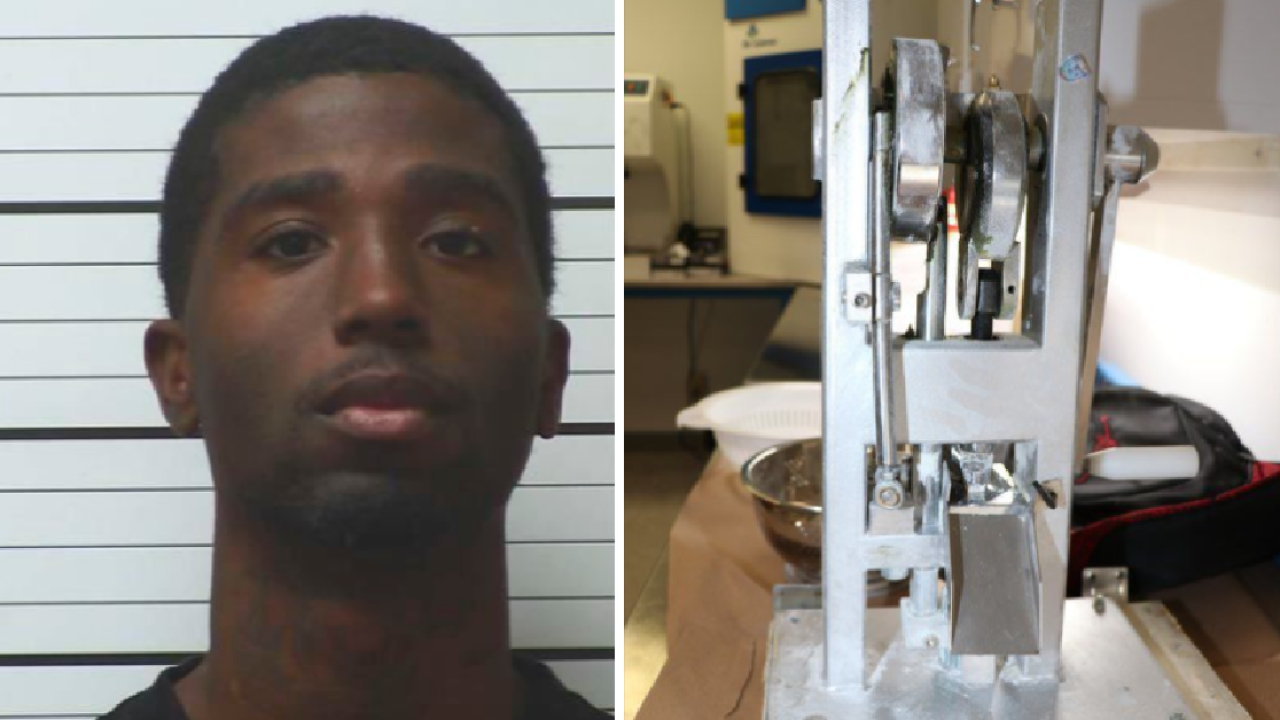 THOMAS COUNTY, Ga. (WTXL) — The Thomas County Sheriff's Office says a search for sex offenders led them to arrest a man for allegedly using a pill press to make and distribute fake Xanax.

According to the sheriff's office, agents found pieces of a pill-making machine at a Thomas County home.

Through research, investigators confirmed the machine was indeed a pill press. When agents returned to the home where they first saw the pill press the day before, they learned it had been moved to a home on Short Broad Street.

Agents watched the home and eventually the pill press was returned to the home reassembled and packaged in a shipping box.

Jarshawn Demetrius Holland, 23, was identified as the prime suspect in the case and was taken into custody. Tyler Lamon, a Thomas County/Thomasville Narcotics/Vice Division agent, said the sheriff's office forensics unit found Holland's fingerprint on the pill press.

They say the machine was being used to make counterfeit Xanax.

The machine works by compressing chemicals into a pill that is ejected from the machine. Lamon said the hand-cranked pill press seized could manufacture 200 pills an hour. The pill press can make illicit pills, such as ecstasy.

"Any kind of pill they want to counterfeit, you can buy the mold," the narcotics agents said.