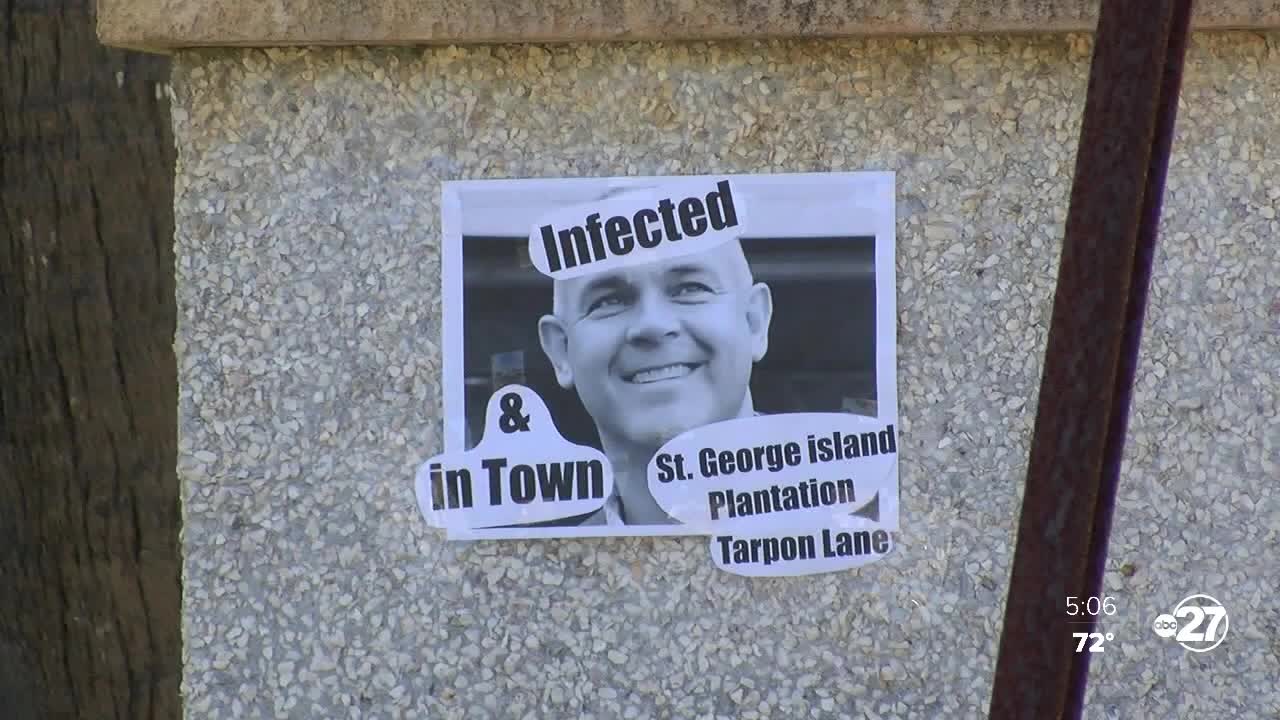 After stationing a deputy in front of his vacation home to keep him and anyone else from leaving the property, Senator Bruce Thompson called the Franklin County Sheriff to let him know that he was going back to Georgia.

ST. GEORGE ISLAND, Fla. (WTXL) — After stationing a deputy in front of his vacation home to keep him and anyone else from leaving the property, Franklin County Sheriff A.J. Smith says Senator Bruce Thompson called him to let him know that he was going back to Georgia.

"As a result of surveillance on Senator Bruce Thompson’s residence on St. George Island, Senator Thompson called Sheriff AJ Smith to advise he would return to Georgia," the Franklin County Sheriff's office wrote in a press release.

The sheriff's office said Sen. Thompson came to St. George Island on Tuesday. He purchased the home back in Feb. 2018.

Earlier, Sheriff A.J Smith told ABC 27 he thought it was "irresponsible" for the senator to come to Franklin County, a county without any confirmed coronavirus cases.

"I think it's irresponsible for Senator Thompson to come to Franklin County after being diagnosed with coronavirus," Sheriff Smith said in a phone call with ABC 27. "He needs to go back to Georgia until the pandemic is over."

The home is within a gated community on St. George Island. Sheriff Smith told ABC 27 that earlier Wednesday, they placed a deputy in front of the property to ensure neither the senator or anyone from the three other vehicles who arrived with him leave the property.

According to the Atlanta Journal Constitution, Thompson was hospitalized on March 19. The senator tested positive for COVID-19 early last week.

He made the announcement on Facebook on March 22, saying that he came down with "flu like symptoms" about a week and half before authoring the post.

"While I am feeling much better, I plan to remain at home in self-quarantine for the immediate future," Thompson wrote.

Thompson is a Republican representing Georgia District 14 in the State Senate.