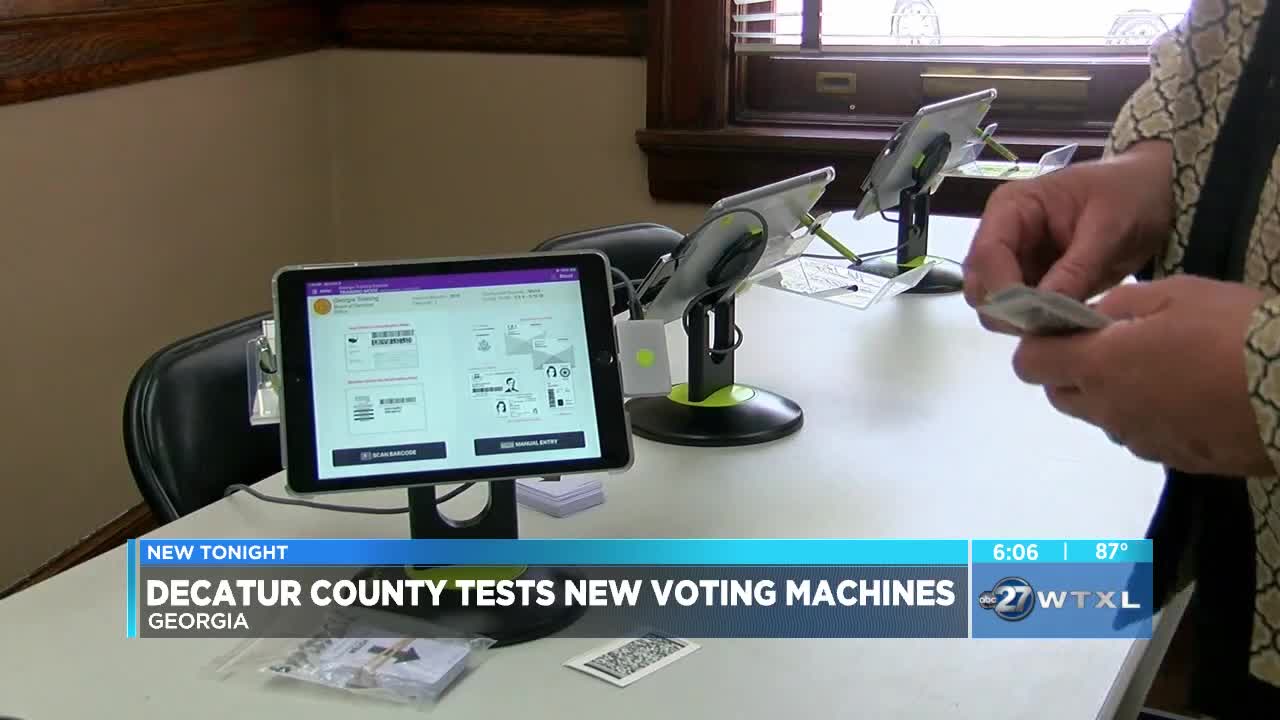 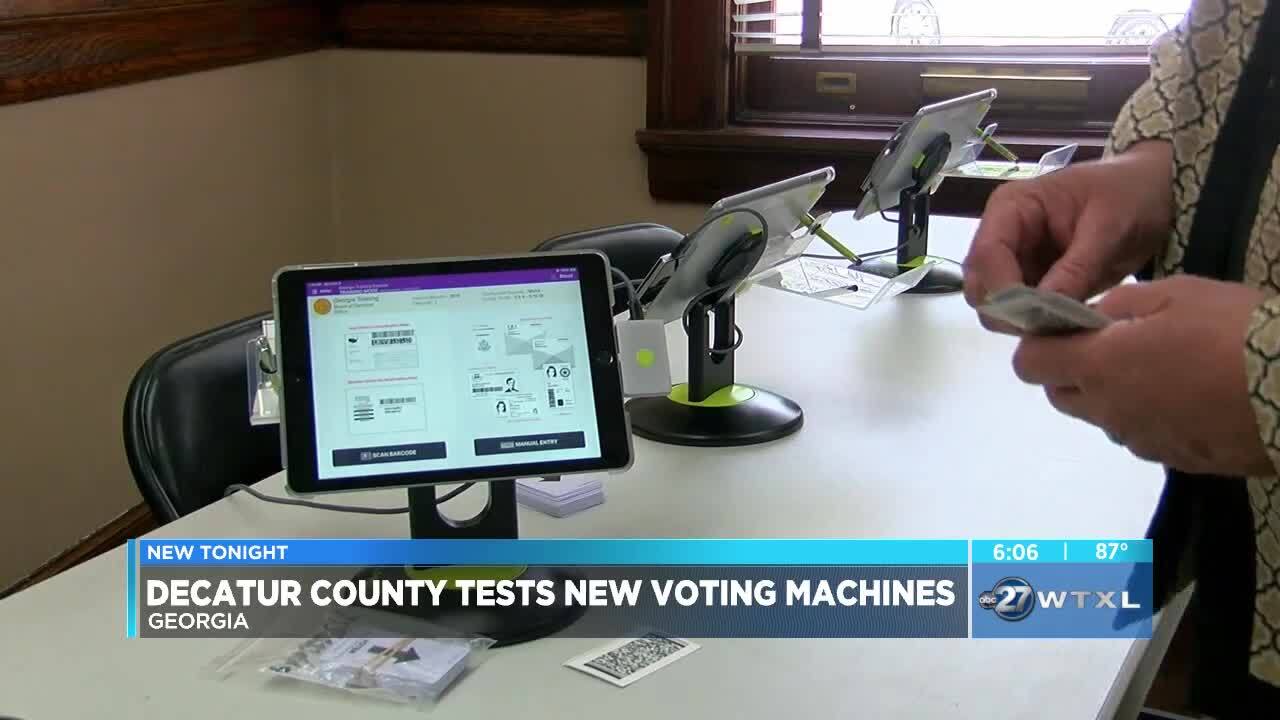 DECATUR COUNTY, Ga. — When advanced voting begins on Monday in Georgia, people in Decatur County will be testing out the brand new voting system.

And they're getting a sneak peak at the new equipment Wednesday.

Decatur County is one of six counties in Georgia chosen as a pilot county for new voting equipment. This equipment will be implemented statewide for the 2020 primaries in March.

The system is similar to what was previously used. You will still cast your votes electronically on a tablet, but then, you'll get a paper printout of your selections. And you'll need to check that before you drop it in the ballot box.

Chris Harvey, the Georgia Elections Director, says the system is more than ready for voters in the Peach State.

Poll workers in Decatur County have already been trained on the new system and elections officials tell us they love the new system.

Georgia state legislature passed a law requiring this system be used. This will replace the paperless system.