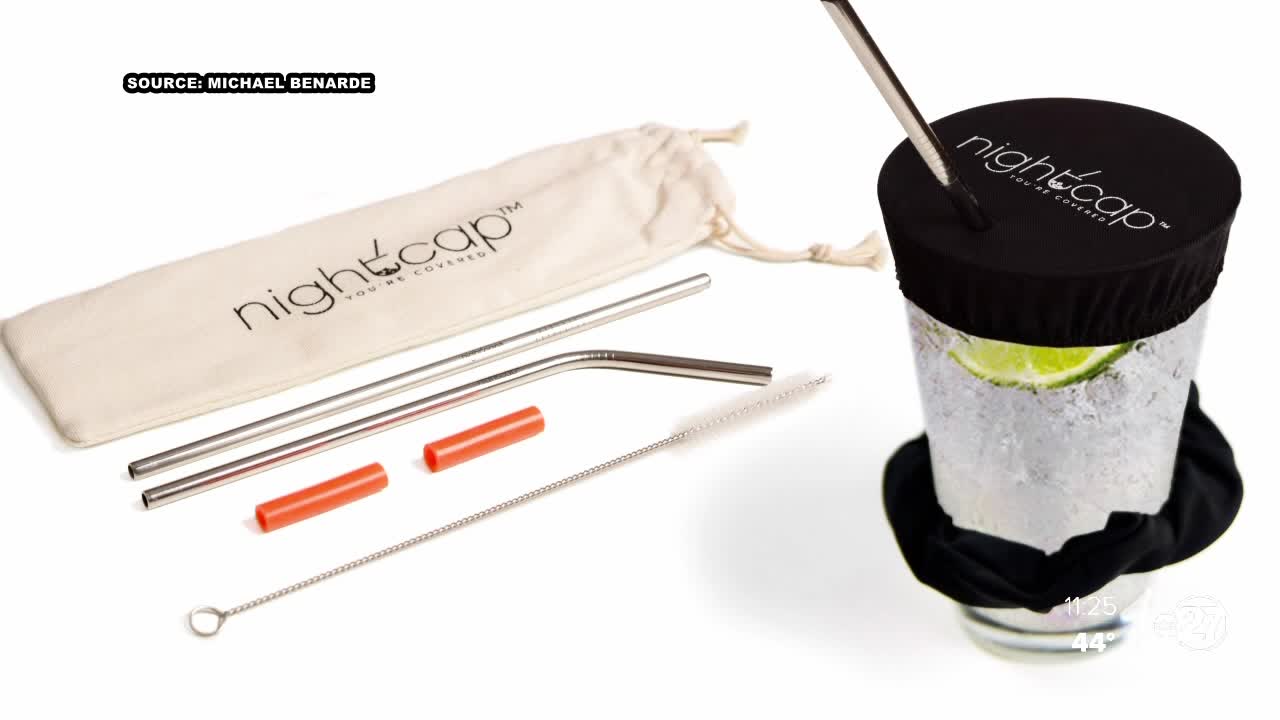 TALLAHASSEE, Fla.(WTXL) — A Florida State grad and his sister are aiming to stop date rape with their "NightCap" invention.

It's a hair scrunchie that also doubles as a drink cover.

People can put them over their cups when they go out to prevent anyone from tossing anything in their drinks.

Michael Benarde says the idea started after his sister heard stories from friends who had been drugged after a night out.

"So we actually started delivering these a few weeks ago -- beginning of January -- we delivered about thirteen hundred of them so far -- peope they're telling us they love it so far -- we actually haven't gotten back any stories -- that's actually probably a good thing because if you're not hearing those stories then we are doing our jobs," said Michael Bernarde, NightCap Co-Founder.

You can buy the NightCap online at https://nightcapit.com/.