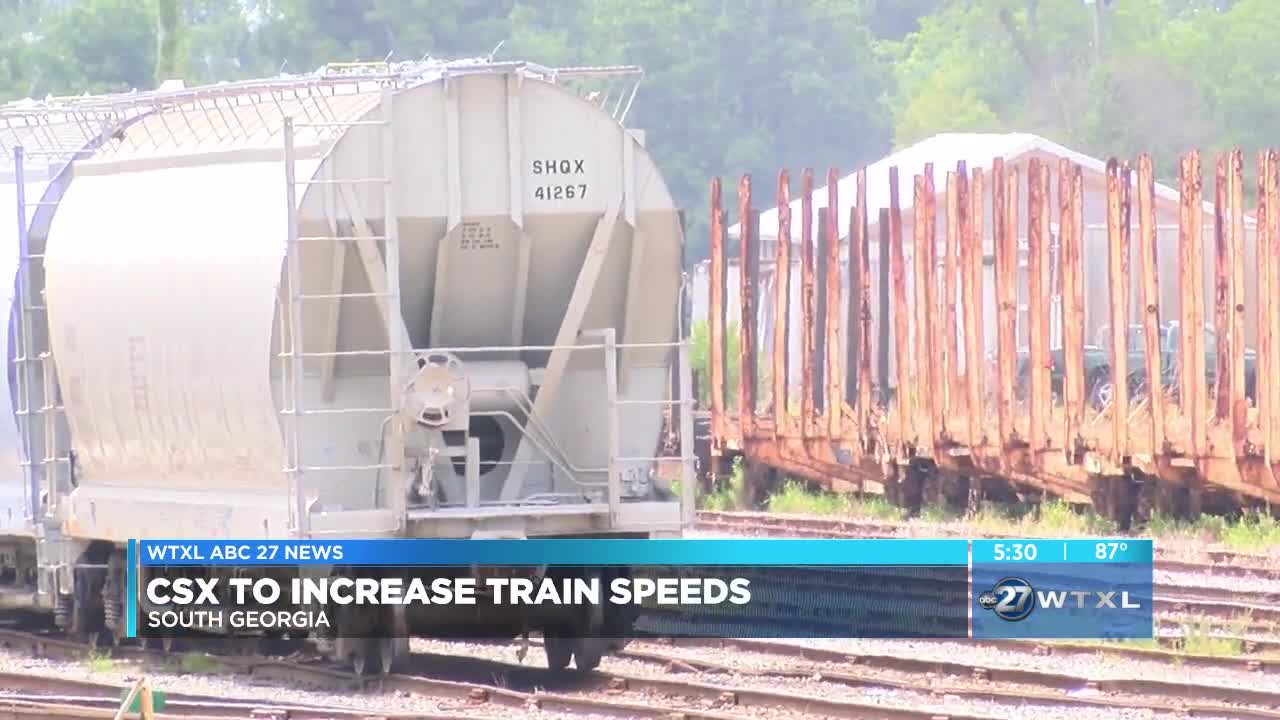 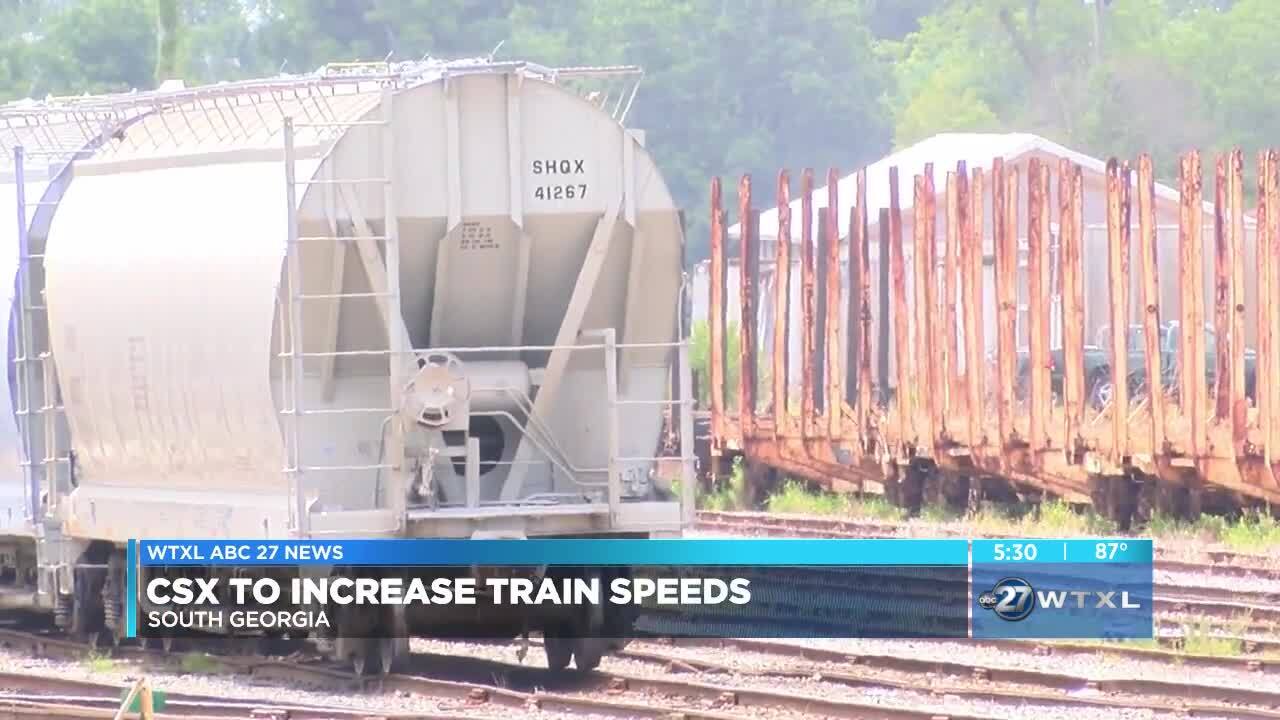 THOMASVILLE, Ga. — For people in some South Georgia cities, waiting for a train to pass may be less of a burden.

Starting at midnight, trains traveling through Thomasville, Valdosta, and Bainbridge will be moving faster, 40 miles per hour to be exact. Many in Thomasville don’t mind the changes.

We've all been there before, stuck waiting for a train.

”As long as you're not breaking the law, I'm okay with it. I'm like, 'go ahead an increase it.' Let them drop off what they need to and move on," said Tracie Fiveash, who lives in Thomasville.

CSX increased the speeds to make sure people aren't waiting too long for a train to pass.

“I think people will appreciate it. Anyone getting slowed down now has a few extra seconds," said Titus Camp, who lives in Thomasville.

But of course, there are safety concerns with the faster speeds.

”If you're one of those people who likes to break the rules and you try to go across the barrier or the arm, you might not get by in time and you might have an accident," said Fiveash.

CSX wants to remind people not to challenge trains because it's much easier for a car to stop than a train.

”They're not a problem. Only when you're in a hurry or trying to get somewhere but they're not really a problem," said Fiveash.

CSX is also planning on adding more trains and making the trains longer.

So while you may not be stopped for a long time, you may find yourself getting stopped more often.