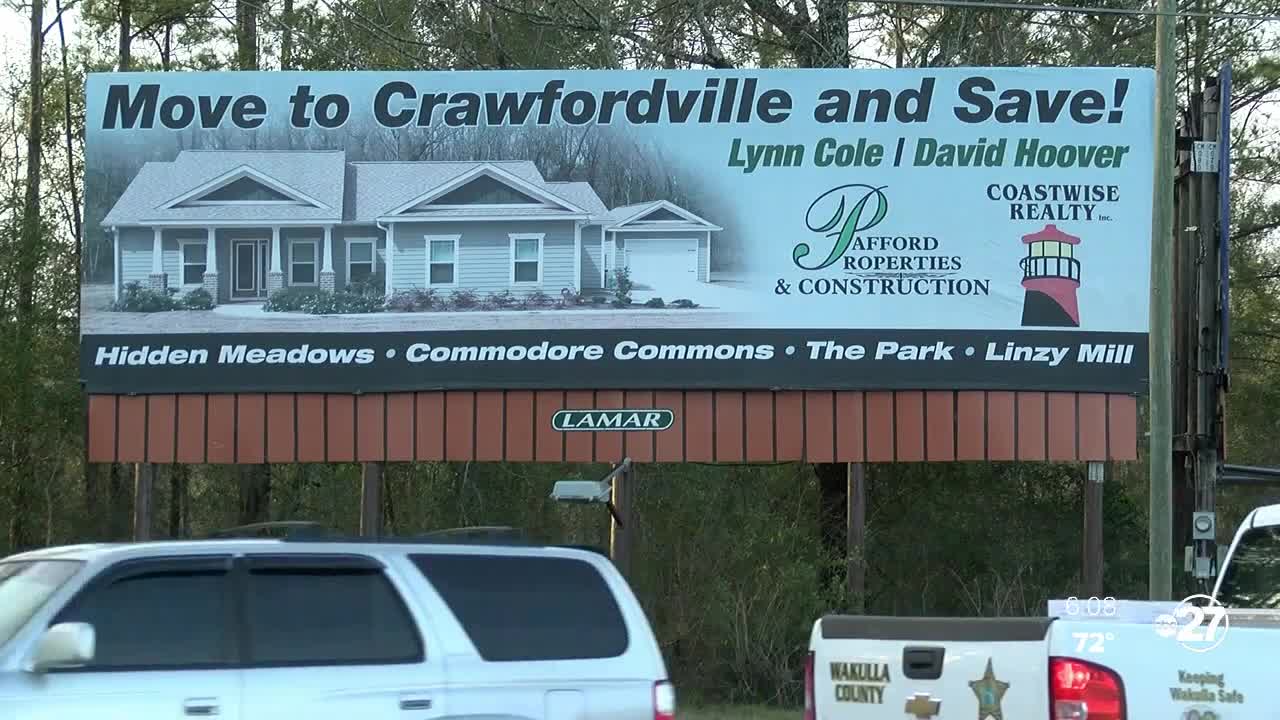 As more construction projects get the green light in Wakulla County, many are asking county commissioners to consider preserving its small town charm.

Yet, others are welcoming the growth in Wakulla and looking forward to the changes those developments might bring.

Construction has become a common sight in Wakulla. As the rural county grows, so does concern for people who live there.

"I'm afraid that if we do too much too fast, it's not going to be good," said Sheila Dixon.

Sheila Dixon moved to Wakulla County six years ago. She wanted to escape the growth in Tallahassee while giving her daughter a good education through the school district.

"There's friendliness when you go into the smaller stores and they know your name," said Dixon. "A lot of times you've gone to school with them, you've worked with them. It's a very close knit county."

It's that reason that many people living in Wakulla don't want to see new developments. It's a debate that you can find on social media, overhear at the gas station, and county meetings.

"If we approve every development that comes before the commission, this doesn't work," said Chuck Hess.

Wakulla County Commissioner Chuck Hess says a town plan was adopted back in 2012. It made room for more commercial and residential development in the heart of Crawfordville as a way to stimulate the local economy.

"They're living down here in Crawfordville," said Hess. "They have to come past these stores inside of Crawfordville to work and back. All of a sudden, they do more shopping here because it's closer to home."

Commissioner Hess says building within that town plan still preserves the rural, small town feel outside of downtown Crawfordville, while giving a lot of younger people what they want.

"We need more housing and it needs to be housing that can be rental property," said Dixon. "There are ads all the time on social media but we just don't have enough."

The Wakulla County Planning and Zoning Department is hosting a public hearing to talk about proposed plans near Springwood Acres and Cumberland Trace.